Researchers from the University of Wisconsin-Milwaukee (UWM) have identified mechanisms in the brain responsible for regulating cocaine-seeking behavior, providing an avenue for drug development that could greatly reduce the high relapse rate among cocaine addicts.

The research reveals that stimulation of certain brain receptors promotes inhibition of cocaine- associated memories, helping addicts to stop drug use. This inhibition is achieved through enhancing a process called “extinction learning,” in which cocaine-associated memories are replaced with associations that have no drug “reward.” This reduces drug-seeking behavior in rats.

The work was presented Oct. 30 at the annual meeting of the Society for Neuroscience in New Orleans by Devin Mueller, UWM assistant professor of psychology, and doctoral student James Otis.

There are currently no FDA-approved medications to treat cocaine abuse, only treatments that address withdrawal symptoms, says Mueller. Abuse persists, in part, through exposure to environmental cues that trigger cocaine-related memories and lead to craving and relapse among addicts.

Currently, exposure therapy is used to help recovering addicts suppress their drug-seeking behavior, but with limited success. In exposure therapy, a patient is repeatedly exposed to stimuli that provoke craving. With repeated exposure, the patient experiences extinction, leading to reduced craving when presented with those stimuli. If extinction could be strengthened, it would increase the effectiveness of exposure therapies in preventing relapse.

The team found that a specific variant of the NMDA receptor, which contains the NR2B subunit, is critical for extinction learning. They also discovered that drugs known to enhance NR2B function strengthened extinction because they act specifically in a region of the brain that regulates learned behaviors.

In their investigation, researchers conditioned rats to associate one distinct chamber, but not another, with cocaine. Following conditioning, the rats were tested for a place preference by allowing drug-free access to both chambers. Rats demonstrating cocaine-seeking behavior spent significantly more time in the cocaine-associated chamber. Over several cocaine-free test sessions, addicted rats lost their place preference through extinction learning.

To examine the neural mechanisms of extinction, the researchers administered ifenprodil, which blocks NR2B-containing NMDA receptors, immediately after an extinction test. Ifenprodil-treated rats continued to spend more time in the cocaine-associated chamber even in the absence of cocaine, while saline-treated rats did not. These results were also replicated through specific infusion of ifenprodil into the brain’s infralimbic cortex, localizing a key brain structure in arresting cocaine-seeking.

The results indicate that enhancing NR2B function would boost the effectiveness of extinction-based exposure therapies. Although there are currently no NR2B-enhancing drugs, the NR2B containing receptor can be stimulated using other molecular pathways, says Mueller.

An example is the brain-derived neurotrophic factor (BDNF) signaling cascade, which is implicated in neuron survival and growth. The authors targeted this cascade by directly administering BDNF into the infralimbic cortex. In extinction tests, administration of BDNF caused rats to lose their preference for the cocaine-associated chamber faster than rats given a placebo.

Mueller and Otis took these findings even further toward possible therapeutic intervention for addicts.

One issue with giving BDNF to humans is that it is unable to reach the brain through the bloodstream. Therefore, researchers next targeted the TrkB receptor, which is where BDNF normally binds. They did so with a newly synthesized drug that is able to reach the brain due to its small molecular size. This TrkB receptor agonist, known as 7,8 dihydroxyflavone, also strengthened extinction when given to rats during extinction training. The authors conclude that combining TrKB receptor stimulation simultaneously with exposure therapy could be an effective treatment for cocaine abuse, reducing craving and the potential for relapse. 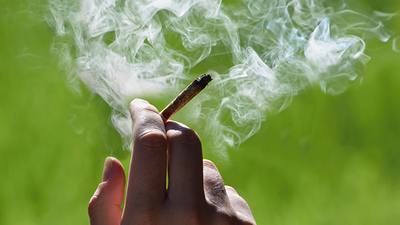 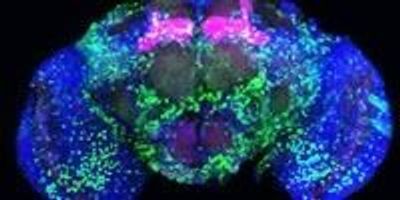