CAMBRIDGE, UK — December 10 2019 — Owlstone Medical, the global leader in Breath Biopsy® for applications in early disease detection and precision medicine, today announced it has joined the EU-funded Exposome Project for Health and Occupational Research (EPHOR). The consortium aims to further elucidate the complex relationships between environment and disease by developing the concept of the ‘working-life exposome,’ which takes into account all occupational and related non-occupational exposures (e.g. lifestyle) throughout the lifespan of an individual. Owlstone Medical will receive funding from the project to provide Breath Biopsy Collection Stations and Kits for the collection of breath samples and will perform analysis on samples received. 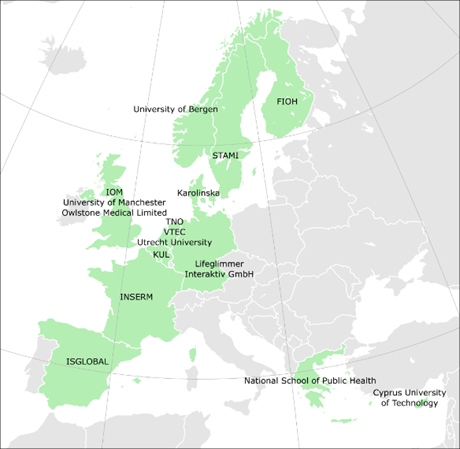 Credit: Owlstone MedicalEPHOR brings together an exceptional consortium of exposure, health and data scientists, and technology partners in order to develop knowledge, methods and tools to characterize the working-life exposome at a far deeper level than has previously been attempted. The consortium will combine large-scale pooling of existing data (>40 cohorts; ~21 million people) and systematically look at a wide range of exposures and diseases. The information generated will be made available via a ‘working-life toolbox,’ allowing scientists to use and enhance the data, methods and models currently in use in exposome research.

Simultaneously, new data will be generated, particularly in the area of respiratory disease, by comparing the exposome and health status of workers in a range of industries with that of the general population. Through this effort, in combination with similar data obtained from blood, non-invasive exposome biomarkers on breath will be developed to enable monitoring of lung health and burden of exposure.

Exposures in the workplace can lead to many forms of disease including cancer, cardiovascular, and respiratory disease, and the total global burden of disease caused by occupational exposures is estimated at five to seven percent, similar to the burden resulting from urban air pollution or obesity. Ensuring a healthy work environment is therefore an important goal for government and industry, however such policies are currently limited to what can be concluded from existing scientific evidence.

Billy Boyle, co-founder and CEO at Owlstone Medical, said: “Environmental exposures, including those from the workplace, are known to have a tremendous impact on the start and progression of disease. The EPHOR project promises to directly address this problem, contributing to reducing the burden of workplace exposure on healthcare systems and helping to improve the general health and well-being of the population.” He continued, “The EPHOR project, similar to the recently announced 3TR IMI2 Immunology Project, demonstrates that Breath Biopsy is becoming a standard component of disease research and biomarker discovery, and that Owlstone Medical is the clear leader in the ability to provide this capability.”

Additional information on the EPHOR project will be available at www.ephor-project.eu from January 2020.