LA JOLLA, CA—November 24, 2014—A team led by scientists from The Scripps Research Institute (TSRI) has found a simple method to convert human skin cells into the specialized neurons that detect pain, itch, touch and other bodily sensations. These neurons are also affected by spinal cord injury and involved in Friedreich’s ataxia, a devastating and currently incurable neurodegenerative disease that largely strikes children.

The discovery allows this broad class of human neurons and their sensory mechanisms to be studied relatively easily in the laboratory. The “induced sensory neurons” generated by this method should also be useful in the testing of potential new therapies for pain, itch and related conditions. 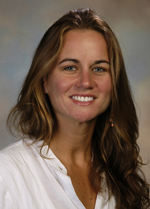 Kristin K. Baldwin, an investigator in TSRI’s Dorris Neuroscience Center.The Scripps Research Institute“Following on the work of TSRI Professor Ardem Patapoutian, who has identified many of the genes that endow these neurons with selective responses to temperature, pain and pressure, we have found a way to produce induced sensory neurons from humans where these genes can be expressed in their ‘normal’ cellular environment,” said Associate Professor Kristin K. Baldwin, an investigator in TSRI’s Dorris Neuroscience Center. “This method is rapid, robust and scalable. Therefore we hope that these induced sensory neurons will allow our group and others to identify new compounds that block pain and itch and to better understand and treat neurodegenerative disease and spinal cord injury.”

The report by Baldwin’s team appears as an advance online publication inNature Neuroscience on November 24, 2014.

In Search of a Better Model

The neurons that can be made with the new technique normally reside in clusters called dorsal root ganglia (DRG) along the outer spine. DRG sensory neurons extend their nerve fibers into the skin, muscle and joints all over the body, where they variously detect gentle touch, painful touch, heat, cold, wounds and inflammation, itch-inducing substances, chemical irritants, vibrations, the fullness of the bladder and colon, and even information about how the body and its limbs are positioned. Recently these neurons have also been linked to aging and to autoimmune disease.

Because of the difficulties involved in harvesting and culturing adult human neurons, most research on DRG neurons has been done in mice. But mice are of limited use in understanding the human version of this broad “somatosensory” system.

“Mouse models don’t represent the full diversity of the human response,” said Joel W. Blanchard, a PhD candidate in the Baldwin laboratory who was co-lead author of the study with Research Associate Kevin T. Eade.

For the new study, the team used a cell-reprogramming technique (similar to those used to reprogram skin cells into stem cells) to generate human DRG-type sensory neurons from ordinary skin cells called fibroblasts.

To start, the scientists examined previous experiments and identified several transcription factors—managerial proteins that switch on the activity of large sets of genes—that seemed crucial to the ability of immature neurons to develop into adult sensory neurons. They found that the combination of the transcription factors Brn3a plus Ngn1, or Brn3a plus Ngn2, reprogrammed a significant percentage of the embryonic mouse fibroblasts into what looked—and acted—like mature DRG-type sensory neurons.

Remarkably, although mouse studies had indicated that different transcription factors were differently important for generating pain and itch sensing neurons versus pressure and limb position neurons, in the dish these factors produced equal numbers of each of the three main subtypes.

A Step Toward ‘Personalized Medicine’

Using the same recipes of transcription factors, the team was able to convert adult human fibroblasts, which are harder to reprogram, into DRG neurons. The conversion rate was lower, but the induced neurons seemed just as much like their natural counterparts as those produced from embryonic mouse fibroblasts.

“We can definitely scale up of the numbers of these induced neurons as needed,” Blanchard said.

The feat means that scientists now can relatively easily study DRG sensory neurons derived from many different people, to better understand the diversity of human sensory responses and sensory disorders and advance a “personalized medicine” approach. “We can start to understand how individuals respond uniquely to pain, cold, itch and so on,” said Blanchard.

Other co-authors of the study, “Selective conversion of fibroblasts into peripheral sensory neurons,” were Valentina Lo Sardo, Rachel K. Tsunemoto, Daniel Williams, and Pietro Paolo Sanna, all of TSRI; and Attila Szucs of the University of California San Diego, who performed many of the electrical tests on the induced neurons.