This map shows the proportion of inventor-patent combinations by gender on file with the U.S. patent office from 1976 to 2013 by country. Countries with higher proportions of patents with women’s names appear in orange.image credit: Cassidy R. SugimotoThe analysis, which examined 4.6 million utility patents issued from 1976 to 2013, was led by Cassidy R. Sugimoto, an associate professor of informatics at the School of Informatics and Computing at IU Bloomington.

The results of "The Academic Advantage: Gender Disparities in Patenting" are reported online in the journal PLOS ONE.

"To find out that women are patenting at higher rates in academia compared to industry, government and individuals is a surprising discovery," Sugimoto said. "We had thought it might fall lower since patenting in still considered 'optional' in terms of promotion in academia, although it’s increasingly encouraged."

The role of patenting at academic institutions has grown in significance since the passage of the Bayh-Dole Act in 1980, which transferred intellectual property revenue based on federally funded research discoveries from government to universities.

Sugimoto and collaborators found that from 1976 to 2013, the overall percentage of patents with women's names attached rose from an average of 2 to 3 percent across all areas to 10 percent in industry, 12 percent in individuals and 18 percent in academia.

These charts show the rise in proportion of patents with women's names from 1976 to 2012.image credit: Cassidy R. SugimotoThe analysis also revealed that patents from women frequently included contributors from a wider variety of fields, suggesting women inventors were more collaborative and multidisciplinary.

"The relative success of large research universities in fostering women's innovation might be due in part to the unique emphasis placed on intellectual communities in academia," she said. "Women interested in entrepreneurship in industry may encounter a greater sense of isolation."

"The IURTC is strongly committed to encouraging innovation among all faculty, including women," said Tony Armstrong, president and CEO of the IU Research and Technology Corp., which helps IU faculty transform their research into patents and spin-off companies. "Our office operates a number of efforts to educate faculty on topics such as intellectual property, patents and spinning off their discoveries as companies whose impact may be felt beyond the laboratory."

This outlook is important as Sugimoto's study also revealed a number of places where patent filing among women has room to improve. For instance, she said neither academic nor industrial nor government patents came close to reflecting women’s current representation in science, technology, engineering and math -- the fields most associated with patentable discoveries. Women make up one-third of all researchers in the STEM fields.

The numbers reflect similar findings to earlier research from Sugimoto on women and academic publishing, which found significantly lower citation rates for women.

The proportional rate of patents with women's names was highest in Eastern Europe, Asia and several African countries, a result reflecting other research that found greater gender parity in communist and former-communist countries, Sugimoto said.

Overall, the IU study tracked female patent filers across 185 countries, all of whom filed their discoveries with the U.S. patent office.

In addition to IURTC, IU leads a number of efforts to encourage faculty innovation and women’s success in STEM, including the recently established IU Center for Excellence for Women in Technology. The IU School of Informatics and Computing was also honored as one of three institutions to receive an inaugural National Center for Women & Information Technology Extension Services Transformation Award. These awards, sponsored by Google, recognize institutions with significant gains in women’s enrollment and graduation rates.

"The School of Informatics and Computing has placed special emphasis on the participation of women students and faculty in all of its programs, as recognized by the recent NCWIT award," said Bobby Schnabel, dean of the School of Computing and Informatics. "We’re pleased to play a role in the university's overall effort to engage more women in science, technology, engineering and math." 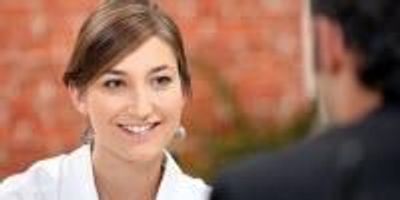 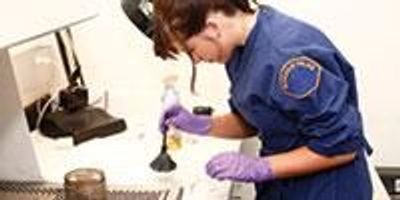