Topography (left) and a shaded relief map (right) of the rock deep beneath the Tibetan Plateau. Color indicates kilometers below Earth's surface.Image by Younghong Shin of the Korea Institute of Geosciences and Mineral Resource, courtesy of Ohio State University.COLUMBUS, Ohio—Gravity data captured by satellite has allowed researchers to take a closer look at the geology deep beneath the Tibetan Plateau.

The analysis, published in the journal Nature Scientific Reports, offers some of the clearest views ever obtained of rock moving up to 50 miles below the plateau, in the lowest layer of Earth’s crust.

There, the Indian tectonic plate presses continually northward into the Eurasian tectonic plate, giving rise to the highest mountains on Earth—and deadly earthquakes, such as the one that killed more than 9,000 people in Nepal earlier this year.

The study supports what researchers have long suspected: Horizontal compression between the two continental plates is the dominant driver of geophysical processes in the region, said C.K. Shum, professor and Distinguished University Scholar in the Division of Geodetic Science, School of Earth Sciences at The Ohio State University and a co-author of the study.

Shum is part of an international research team led by Younghong Shin of the Korea Institute of Geosciences and Mineral Resource. With other researchers in Korea, Italy and China, they are working together to conduct geophysical interpretations of the Tibetan Plateau geodynamics using the latest combined gravity measurements by the GOCE gravity gradiometer and the GRACE gravimeter missions.

Satellites such as GRACE and GOCE measure small changes in the force of gravity around the planet. Gravity varies slightly from place to place in part because of an uneven distribution of rock in Earth’s interior.

The resulting computer model offers a 3-D reconstruction of what’s happening deep within the earth.

As the two continental plates press together horizontally, the crust piles up. Like traffic backing up on a congested freeway system, the rock follows whatever side roads may be available to relieve the pressure.

But unlike cars on a freeway, the rock beneath Tibet has two additional options for escape. It can push upward to form the Himalayan mountain chain, or downward to form the base of the Tibetan Plateau.

The process takes millions of years, but caught in the 3-D image of the computer model, the up-and-down and side-to-side motions create a complex interplay of wavy patterns at the boundary between the crust and the mantle, known to researchers as the Mohorovicic discontinuity, or “Moho.”

Younghong ShinPhoto courtesy of Ohio State University“What’s particularly useful about the new gravity model is that it reveals the Moho topography is not random, but rather has a semi-regular pattern of ranges and folds, and agrees with the ongoing tectonic collision and current crustal movement measured by GPS,” Shin said.

As such, the researchers hope that the model will provide new insights into the analysis of collisional boundaries around the world.

Co-author Carla Braitenberg of the University of Trieste said that the study has already helped explain one curious aspect of the region’s geology: the sideways motion of the Tibetan Plateau. While India is pushing the plateau northward, GPS measurements show that portions of the crust are flowing eastward and even turning to the southeast.

“The GOCE data show that the movement recorded at the surface has a deep counterpart at the base of the crust,” Braitenberg said. Connecting the rock flow below to movement above will help researchers better understand the forces at work in the region.

Those same forces led to the deadly Nepal earthquake in April 2015. But Shum said that the new model almost certainly won’t help with earthquake forecasting—at least not in the near future.

“I would say that we would understand the mechanism more if we had more measurements,” he said, but such capabilities “would be very far away.”

Even in California—where, Shum pointed out, different tectonic processes are at work than in Tibet—researchers are unable to forecast earthquakes, despite having abundant GPS, seismic and gravity data. Even less is known about Tibet, in part because the rough terrain makes installing GPS equipment difficult.

Other co-authors on the study included Sang Mook Lee of Seoul National University; Sung-Ho Na of the University of Science and Technology in Daejeon, Korea;

Kwang Sun Choi of Pusan National University; Houtse Hsu of the Institute of Geodesy & Geophysics, Chinese Academy of Sciences; and Young-Sue Park and Mutaek Lim of the Korea Institute of Geosciences and Mineral Resource. 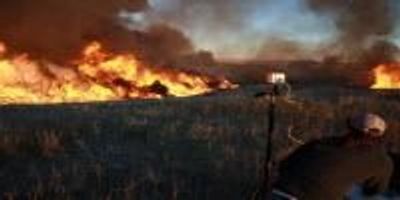