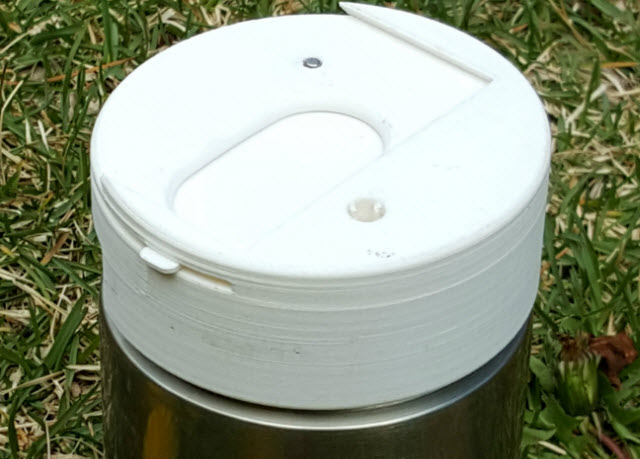 The $2 testing device, about the size of a soda can, does not require electricity or technical expertise to use.Photo Courtesy of: Penn State University

University of Pennsylvania engineers have developed a rapid, low-cost genetic test for the Zika virus. The $2 testing device, about the size of a soda can, does not require electricity or technical expertise to use. A patient would simply provide a saliva sample. Color-changing dye turns blue when the genetic assay detects the presence of the virus.

Rapid, accurate diagnosis is especially important for pregnant women who may be infected. However, the only approved tests for the virus currently require highly sensitive laboratory equipment. Diagnostic tools that can be used in the field, while the patient waits, would be a critical tool for fighting the Zika epidemic.

The engineers demonstrated the design and efficacy of their test in a study published in the journal Analytical Chemistry. It was conducted by Research Assistant Professor Changchun Liu and Professor Haim Bau of the Department of Mechanical Engineering and Applied Mechanics in Penn’s School of Engineering and Applied Science, along with members of the Bau lab, Jinzhao Song and Michael Mauk. They collaborated with Sara Cherry, associate professor of microbiology in Penn’s Perelman School of Medicine, and Brent Hackett, a member of her lab.

Assays that detect genetic material from the Zika virus itself are considered the gold standard in diagnostics. Alternatives, such as tests that look for antibodies the body creates in response to the virus, are insufficient as they may produce false negatives from people who are infected but haven’t yet produced enough antibodies, or false positives from people who have antibodies for a different disease that is similar enough to trigger the test.

Tests that look for RNA sequences from the virus itself, known as reverse transcriptase polymerase chain reaction, or RT-PCR, avoid both problems. However, RT-PCR requires delicate laboratory work. Viral gene sequences in a patient’s sample must be amplified, or repeatedly copied, to levels where they can be detected, a process that normally involves multiple precise temperature changes.

“The CDC has approved, on an emergency basis, only these kinds of laboratory-based molecular tests for the Zika virus,” said Liu. “Generally, lateral flow tests, which directly change the color of a test strip based on the presence of Zika antibodies, suffer from low sensitivity. And since antibodies to the Zika virus cross-react with other similar viruses prevalent in Zika-endemic areas, lateral flow tests for Zika also suffer from low specificity.”

With the amplification step as the main hurdle to a portable genetic test, the Penn researchers investigated the possibility of using an alternative technique known as RT-LAMP, or reverse transcription loop-mediated isothermal amplification, which only requires the sample to be kept at a specific temperature, not cycled through multiple precise temperature changes as in RT-PCR.

As a trade-off for this simplified amplification process, RT-LAMP requires even more specialized “primers,” short gene sequences that are designed to match the regions of the virus’ DNA targeted by the test.

“Although Zika primers for RT-PCR have been published in the literature, RT-LAMP primers have not,” Bau said. “So, using data mining, we identified highly conserved regions of the Zika virus genome that are divergent from other known pathogens. We then designed appropriate primers to recognize this sequence.

“In parallel,” Liu said, “we engineered a low-cost, point-of-care system that consists of a diagnostic cassette and a processor. The cassette isolates, concentrates and purifies nucleic acids and carries out enzymatic amplification. The test results are indicated by the change in the color of a dye, which can be inspected visually.”

The researchers then worked on how to keep the sample at the necessary temperature without using electricity. Their solution involved a thermos bottle, a self-contained heating element that uses a chemical reaction from portable military rations and a wax-like material that absorbs excess heat by melting. A 3-D printed lid fits on top of the thermos and holds all of the test’s components in place.

Once a patient’s saliva sample is introduced into the cartridge, the test takes about 40 minutes to run. The researchers demonstrated its efficacy with their own saliva spiked with virus samples generated by the Cherry Lab, showing sensitivity equivalent to that of RT-PCR tests. Future work will demonstrate the test’s selectivity and will also test a version that can quantify the viral load by means of a fluorescent dye and an integrated smartphone camera.

“Our work represents a proof of concept at this stage,” Bau said. “Before the assay can be adapted for medical use, we must experiment with patients’ samples and make assure that our assay and system match the performance of the gold standard and operate reproducibly and reliably. We are fortunate to have dedicated colleagues in endemic regions ready to assist us in this task.”

Liu and Bau were the recipients of Penn's 2015 One Health Award for their work on point-of-care molecular diagnostics.