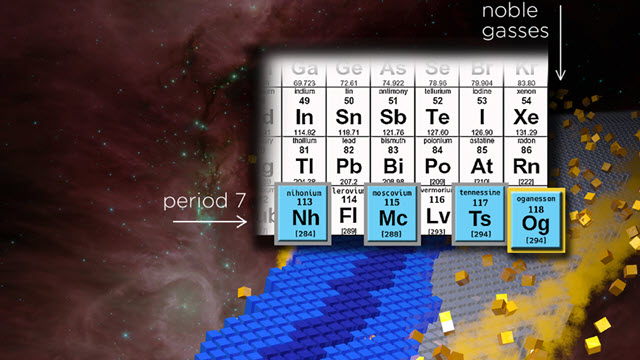 This year marks the 150th anniversary of the Periodic Table, and the principles that drove Dmitri Mendeleev to construct his table are still influencing today’s research advances.

In a special issue of Science, which celebrates this sesquicentennial anniversary, a Michigan State University scientist highlights some of the current research around the globe driven by Mendeleev’s influence.

“Our goal was to showcase contemporary research being pursued around the world, including U.S. Department of Energy-supported research at MSU, that’s working to realize new approaches to photoinduced chemical processes,” said James McCusker, MSU chemist and review author.

McCusker’s contribution focused on the process of light absorption that incorporates elements from the so-called “transition block” of the Periodic Table. Compounds from this class are involved in everything from solar energy conversation to organic synthesis.

“The effective capture and use of sunlight—an inexhaustible, globally accessible and pollution-free energy source—is critical for replacing fossil fuels and in mitigating climate change,” McCusker said. "In order to realize this goal, one of the key processes that must occur following the absorption of light is the transfer of electrons, similar to what plants do in photosynthesis.”

But unleashing this capability has proved challenging. That’s due, in part, to the fact that the compounds that are very effective at converting light into useable charge require the use of some of the least-abundant elements on the planet. Take for example ruthenium and iridium, which are widely employed in chromophores that can carry out these light-enabled chemical processes.

“Ruthenium is one of the five or six least-abundant elements in Earth’s crust and is simply not a viable option as the light-harvesting component for a globally scaled problem like solar fuel production,” McCusker said. “We need to find replacements that are abundant on Earth, such as iron, to make global scalability possible. This is not an engineering or manufacturing problem, but one of fundamental science that has its origins in the very concepts that Mendeleev uncovered when he constructed the periodic table.”

That's where some of MSU’s DOE-supported research comes into play. McCusker’s research is based on a confluence of synthetic organic and inorganic chemistries as well as a range of spectroscopic techniques.

“Of particular importance with regard to our solar energy conversion efforts is ultrafast time-resolved laser spectroscopy, which allows us to track the evolution of a chemical system less than one trillionth of a second after light has been absorbed,” McCusker said. “The ability to combine synthesis and ultrafast spectroscopy in one laboratory is a critically important aspect of the research since it allows my students and I to make immediate connections between the composition of the molecules we prepare and their light-induced properties.”

The outlook for this field is strong, he added.

“Although much remains to be done, an understanding of the periodic nature of the problem coupled with the creative work by a growing number of research groups around the world portends that the prospect for a seismic shift in how we interface molecular inorganic chemistry to the science of light capture and conversion is bright indeed,” McCusker said.