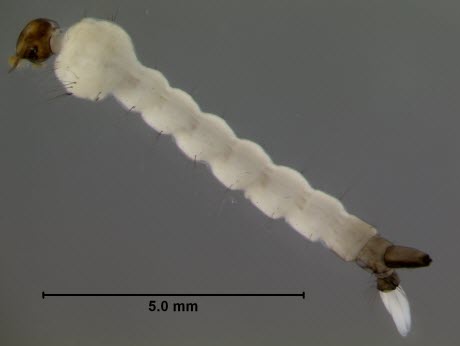 Scientists and mosquito control officials want to kill mosquitoes during the larval, or juvenile stage, before they grow into adulthood and transmit these dangerous diseases. Dengue and chikungunya viruses are regarded as two of the most important mosquito-borne viral illnesses, said Barry Alto, a UF/IFAS assistant professor in entomology at the UF/IFAS Florida Medical Entomology Laboratory in Vero Beach, Florida.

The few mosquitos that do survive after exposure to the toxin gain a fitness advantage in adulthood, but their numbers are so small that their trait improvements, including enhanced size and ability to reproduce, are unlikely to outweigh the benefit of the rest of the mosquitoes that die from the pesticide Bacillus thuringiensis israelensis (Bti), Alto said.

Zika is an emerging virus, with cases imported to Florida and other parts of the United States, but no Zika cases have been locally transmitted by Zika virus-infected mosquitoes in the continental U.S., yet, Alto said. Public health officials in the Americas are concerned about a recent outbreak of Zika fever in numerous countries and territories in the Americas due to microcephaly—small crania—and other congenital issues with newborn babies, likely associated with maternal Zika infection during pregnancy.

“Both dengue and chikungunya activity have increased in Florida in recent years, and so these diseases pose a serious public health threat,” he said. “Controlling the mosquito populations is currently the most effective approach used to control these diseases.”

In the study, published Feb. 12 in the journal PLOS Neglected Tropical Diseases, scientists found changes in some traits of mosquitoes but no significant changes in yellow fever mosquitoes’ susceptibility to dengue virus infection after exposure to Bti.

“The pesticide changes the environmental conditions—including killing many other mosquito competitors—so the remaining mosquitoes that mature into adults are different in many ways, compared to mosquitoes that were never exposed to the pesticide,” said Alto, who conducted the study with Cynthia Lord, an associate professor in entomology at the Vero Beach lab. This study is one of the most comprehensive investigations of   the lethal and nonlethal impacts of this pesticide on mosquitoes, Alto said.