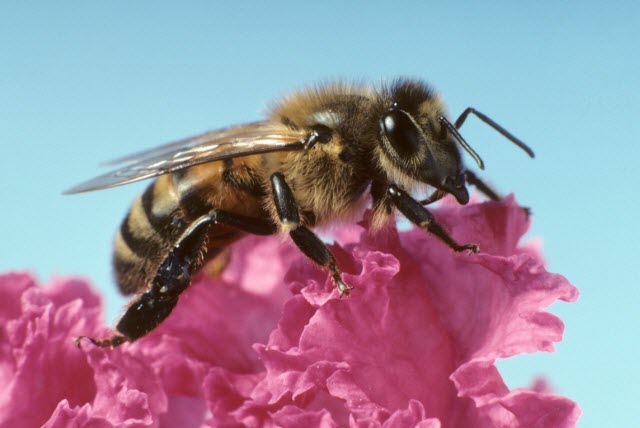 In general, honeybee health has been declining since the 1980s, with the introduction of new pathogens and pests.Photo credit: Rob Flynn

Pesticides beekeepers are using to improve honeybee health may actually be harming the bees by damaging the bacteria communities in their guts, according to a team led by a Virginia Tech scientist.

The discovery, published in the journal Frontiers in Microbiology, is a concern because alterations can affect the gut’s ability to metabolize sugars and peptides, processes that are vital for honeybee health. Beekeepers typically apply pesticides to hives to rid them of harmful parasites such as Varroa mites.

“Although helpful for ridding hives of parasites and pathogens, the chemicals in beekeeper-applied pesticides can be harmful to the bees,” said Mark Williams, an associate professor of horticulture in the College of Agriculture and Life Sciences and lead author. “Our research suggests that pesticides could specifically impact the microbes that are crucial to honey bee nutrition and health.”

Related Article: How to Weigh a Bee

For the project, the team extracted genomic data from honeybees that lived in hives that were treated with pesticides (three different kinds) with those that were not. Samples were pulled from hives in three separate Blacksburg locations. 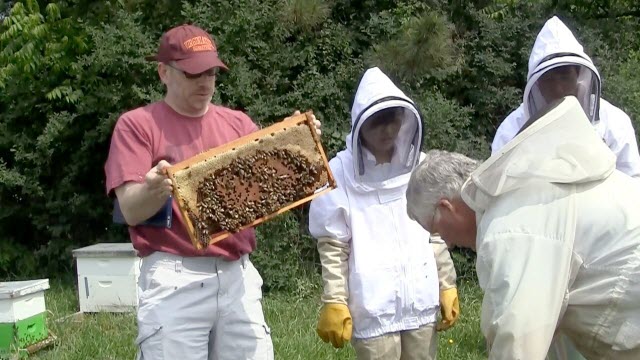 Mark Williams (left), an associate professor of horticulture in the College of Agriculture and Life Sciences, led a team that extracted genomic data from honeybees.Photo courtesy of Virginia Tech

Honeybees from chlorothalanil-treated hives showed the greatest change in gut microbiome, said Williams, who is also affiliated with the Fralin Life Science Institute.

Looking ahead, the team plans to investigate the specific changes in gut microbiota activities that affect honeybee survival. Honeybees are the foundation of successful high-value food production.

In Virginia, the approximate rate of hive loss is more than 30 percent per year, and continued losses are expected to drive up the cost for important crops that bees make possible, such as apples, melon, and squash.