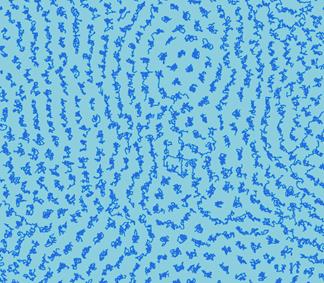 Researchers routinely use 2D experiments and simulations to represent 3D liquids, simply because studies in 2D are easier to do.

With these studies, physicists aim at rationalizing familiar macroscopic fluid properties, such as the viscosity, in terms of the microscopic motion of the particles, which in 2D can be directly visualized.

The team led by associate professor Massimo Pica Ciamarra at Nanyang Technological University, Singapore (NTU Singapore) set out to understand the 'thermal motion' of atoms in 2D and 3D liquids.

Using a mix of pen-and-paper calculations and numerical simulations, they predicted that atoms in 2D liquids can travel for long distances before effectively 'forgetting' their initial positions. This behavior gives rise to a subtle collective motion of the atoms, of a sort that had previously only been thought to occur in solids.

To confirm their theoretical findings, the researchers performed experiments that tracked the motions of colloidal particles under a microscope. In ordinary three-dimensional liquids, such particles execute a type of random motion known as Brownian motion.

But in two-dimensional liquids, the team was able to demonstrate that the Brownian motion is overlaid on large-scale collective motions. This collective motion was previously believed to only occur in 2D solids, as predicted in the 1960s by Mermin and Wagner. 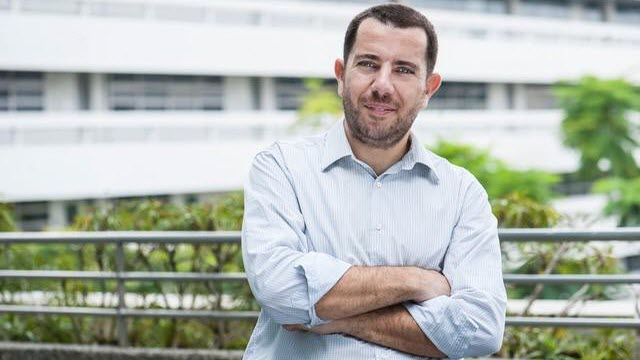 NTU associate professor Pica Ciamarra from the School of Physical and Mathematical Sciences, who discovered that 2D and 3D are fundamentally different in their properties.Credit: NTU Singapore

The proof of the fundamental difference between 2D and 3D liquids was obtained by researchers at NTU Singapore, the Jawaharlal Nehru Centre for Advanced Scientific Research in India, the University of Science and Technology of China, and the University of California (Los Angeles) in the United States. Their work was published in November in the Proceedings of the National Academy of Sciences (PNAS).

"Our findings help to explain many puzzling differences between the dynamical properties of two- and three-dimensional liquids, which had been reported in the scientific literature," said Ciamarra. "It is only in 2D, not in 3D or higher dimensions, that the relaxation time is not inversely proportional to the diffusivity of the particles."

"To extract relevant information on the dynamics of 3D liquids from the 2D investigations" added Dr. Y.-W. Li, co-author of this study, "researchers need to develop a way to selectively filter-out the effect of the observed collective particle oscillations."