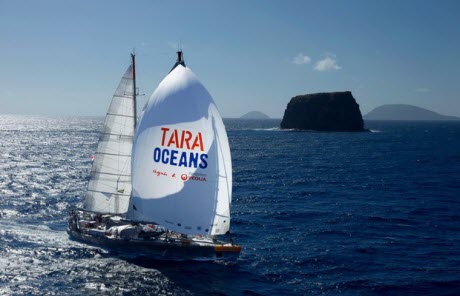 Photo credit: ©S. BolletCOLUMBUS – The ocean’s power to rein in carbon and protect the environment is vast but not well-understood.

But now, an international team of scientists has begun to illuminate how the ocean plucks carbon from the atmosphere, where it contributes to global warming, and shuttles it to the bottom of the sea.

The new study establishes the important role of plankton networks in removing carbon from the atmosphere and depositing it deep in the ocean. And it opens up opportunities for caring for the ocean in ways that encourage it to absorb more carbon.

The knowledge comes out of the unprecedented three-year Tara Oceans Expedition, in which a team of more than 200 experts took to the sea to catalog and better understand the unseen inhabitants of the ocean, from tiny animals to viruses and bacteria. 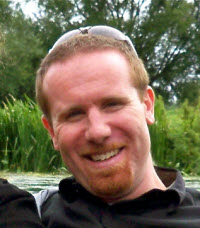 “We’re trying to understand, ‘Does carbon in the surface ocean sink to the deep ocean and, if so, how?’” Sullivan said.

“The reason that’s important is the oceans help mitigate our carbon footprint on this planet.”

The Tara team used advanced genetic sequencing to survey tiny ocean dwellers and, through a complex analytical approach, was able to identify those clusters of ocean inhabitants most linked to depositing carbon in the deep ocean.

“It’s the first community-wide look at what organisms are good predictors of how carbon moves in the ocean,” Sullivan said.

This study measured abundances of microbes (viruses, bacteria, archaea and small eukaryotes) and then used statistical approaches and computer modeling to determine which microbes are most closely linked with the downward movement of carbon in the ocean. For decades, scientists have sought a way to look at a community such as the ocean on a genetic level and to use that information to make larger measurements of complex communities and predict how the ecosystem works.

Phytoplankton, or the plants in the sea, are known to be able to take carbon from the atmosphere and carry it deep into the ocean. However, few of the thousands of phytoplankton species have been studied in this way. 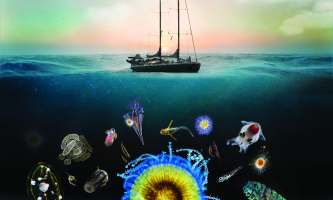 A complex network of tiny organisms live beneath the ocean's surface and play an important role in moving carbon out of the atmosphere.Illustration credit: ©G. Bounaud, C. Sardet-Soixanteseize—Tara ExpeditionsThis new work employed cameras to capture images of organisms at different depths of the ocean to better identify sinking patterns for all plankton. These measurements, combined with new knowledge about the interplay between organisms and advanced analyses, enabled the researchers to determine which phytoplankton best predict the movement of carbon from the ocean’s surface to the deep sea. And the strongest predictors were surprises.

Sullivan’s team played a key role in better understanding the role of viruses in this process, by providing a global map of virus abundances. After the numbers were crunched, it appears that the abundance of relatively few bacterial and viral genes can predict variation in sinking carbon. The most important viruses appear to infect tiny cells called cyanobacteria.

The Tara project’s approach (fishing with a very large net rather than studying a limited number of organisms) allowed the team to establish a relationship between tiny viruses and carbon export in the phytoplankton community, Roux said.

“What was really surprising was that only a handful–less than ten out of more than 5,000–viruses seem to be specifically linked to carbon export. This means that we can now go after these key players specifically and try to characterize their impact on the ecosystem,” he said.

The Tara work could also help scientists understand how high carbon levels in the atmosphere are affecting the ocean, Sullivan said.

More carbon entering oceans acidifies the waters, which stresses marine organisms and alters marine life. Ultimately, this could mean the difference between whether there’s enough tuna for your sushi dinner, Sullivan said.

The study also included first-of-its-kind computer modeling that helps the team identify hotspots in the ocean where more carbon movement is happening, based on the microorganisms that are present.

“These findings help us better understand how the ocean works, but these new approaches can be used by anyone studying microbial processes in any ecosystem,” he said.

The Tara project included thousands of samples of ocean life collected at hundreds of sites in the Indian, North Atlantic, South Atlantic, South Pacific and Southern oceans and in the Mediterranean Sea. It has allowed for a better understanding of the interplay of organisms in the ocean and of their role in the health of the planet.

The Gordon and Betty Moore Foundation supported Sullivan’s part of the work.