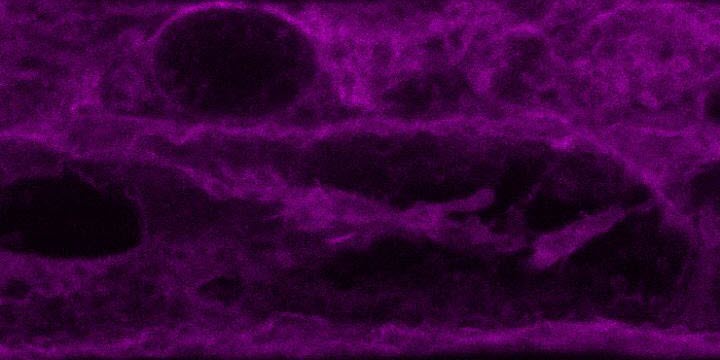 Tagging aquaporins with fluorescent protein shows their location in the cell membrane. These gatekeepers help move substances in and out of the cell.
Annamaria De Rosa, CoETP

Scientists have shed new light on how the network of gatekeepers that controls the traffic in and out of plant cells works, which researchers believe is key to develop food crops with bigger yields and greater ability to cope with extreme environments.

Everything that a plant needs to grow first needs to pass through its cells' membranes, which are guarded by a sieve of microscopic pores called aquaporins.

"Aquaporins (AQPs) are ancient channel proteins that are found in most organisms, from bacteria to humans. In plants, they are vital for numerous plant processes including, water transport, growth and development, stress responses, root nutrient uptake, and photosynthesis," says former PhD student Annamaria De Rosa from the ARC Centre of Excellence for Translational Photosynthesis (CoETP) at The Australian National University (ANU).

"We know that if we are able to manipulate aquaporins, it will open numerous useful applications for agriculture, including improving crop productivity, but first we need to know more about their diversity, evolutionary history and the many functional roles they have inside the plant," De Rosa says.

Their research, published last week in the Journal BMC Plant Biology, did just that. They identified all the different types of aquaporins found in tobacco (Nicotiana tabacum), a model plant species closely related to major economic crops such as tomato, potato, eggplant, and capsicum.

"We described 76 types of these microscopic hour-glass shape channels based on their gene structures, protein composition, location in the plant cell and in the different organs of the plant, and their evolutionary origin. These results are extremely important as they will help us to transfer basic research to applied agriculture," says De Rosa, whose PhD project focused on aquaporins.

"The center (CoETP) is really interested in understanding aquaporins because we believe they are a key player in energy conversion through photosynthesis and also control how a plant uses water. That is why we think we can use aquaporins to enhance plant performance and crop resilience to environmental changes," says lead researcher Dr. Michael Groszmann from the Research School of Biology and the CoETP at ANU. 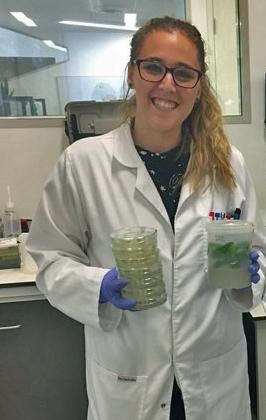 Aquaporins are found everywhere in the plant, from the roots to flowers, transporting very different molecules in each location, at an astonishing 100 million molecules per second. The configuration of an aquaporin channel determines the substrate it transports and therefore its function, from the transport of water and nutrients from roots to shoots, to stress signaling or seed development.

"We focused on tobacco because it is a fast-growing model species that allows us to scale from the lab to the field, allowing us to evaluate performance in real-world scenarios. Tobacco is closely related to several important commercial crops, which means we can easily transfer the knowledge we obtain in tobacco to species like tomato and potato. Tobacco itself has own commercial applications and there is a renewed interest in the biofuel and plant-based pharmaceutical sectors," he says.

"This research is extremely exciting because the diversity of aquaporins in terms of their function and the substrates they transport, mean they have many potential applications for crop improvement ranging from improved salt tolerance, more efficient fertilizer use, improved drought tolerance, and even more effective response to disease infection. They are currently being used in water filtration systems and our results could help to expand these applications. The future of aquaporins is full of possibilities," says Groszmann.