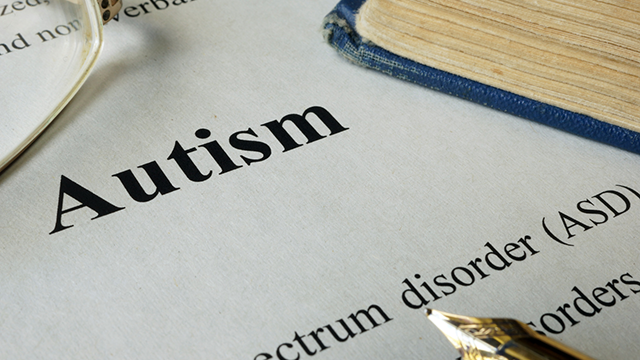 LA JOLLA, Calif. — Nov. 14, 2017 — Scientists have performed a successful test of a possible new drug in a mouse model of an autism disorder. The candidate drug, called NitroSynapsin, largely corrected electrical, behavioral, and brain abnormalities in the mice.

NitroSynapsin is intended to restore an electrical signaling imbalance in the brain found in virtually all forms of autism spectrum disorder (ASD).

“This drug candidate is poised to go into clinical trials, and we think it might be effective against multiple forms of autism,” said senior investigator Stuart Lipton, MD, PhD, professor and Hannah and Eugene Step Chair at The Scripps Research Institute (TSRI), who is also a clinical neurologist caring for patients.

The research, published Nov. 14 in the journal Nature Communications, was a collaboration involving scientists at the Scintillon Institute; the University of California, San Diego School of Medicine; Sanford Burnham Prebys Medical Discovery Institute, and other institutions. Lipton’s fellow senior investigators on the project were Drs. Nobuki Nakanishi and Shichun Tu of the Scintillon Institute in San Diego.

ASD is brain development disorder that affects 1 in 68 children in the United States alone. Because ASD has been diagnosed more often in recent years, most Americans now living with autism diagnoses are children—roughly 2.4 percent of boys and 0.5 percent of girls.

The new study stemmed from a 1993 study in which Lipton and his laboratory, then at Harvard Medical School, identified a gene called MEF2C as a potentially important factor in brain development.

This breakthrough led Lipton and colleagues to the discovery that disrupting the mouse version of MEF2C in the brain, early in fetal development, causes mice to be born with severe, autism-like abnormalities. Since that discovery in mice in 2008, other researchers have reported many cases of children who have a very similar disorder, resulting from a mutation to one copy of MEF2C (human DNA normally contains two copies of every gene, one copy inherited from the father and one from the mother). The condition is now called MEF2C Haploinsufficiency Syndrome (MHS).

“This syndrome was discovered in people only because it was first discovered in mice—it’s a good example of why basic science is so important,” Lipton said.

MEF2C encodes a protein that works as a transcription factor, like a switch that turns on the expression of many genes. Although MHS accounts for only a small proportion of autism disorder cases, large-scale genomic studies in recent years have found that mutations underlying various autism disorders frequently involve genes whose activity is switched on by MEF2C.

“Because MEF2C is important in driving so many autism-linked genes, we’re hopeful that a treatment that works for this MEF2C-haploinsufficiency syndrome will also be effective against other forms of autism,” Lipton said, “and in fact we already have preliminary evidence for this.”

For the study, the researchers created a laboratory model of MHS by engineering mice to have—like human children with MHS—just one functioning copy of the mouse version of MEF2C, rather than the usual two copies. The mice showed impairments in spatial memory, abnormal anxiety and abnormal repetitive movements, plus other signs consistent with human MHS. Analyses of mouse brains revealed a host of problems, including an excess in key brain regions of excitatory signaling (which causes neurons to fire) over inhibitory signaling (which suppresses neuronal activity).

In short, these two important kinds of brain signals were out of balance. A similar excitatory/inhibitory (E/I) imbalance is seen in most forms of ASD and is thought to explain many of the core features of these disorders, including cognitive and behavioral problems and an increased chance of epileptic seizures.

The researchers treated the MHS-mice for three months with NitroSynapsin, an aminoadamantane nitrate compound related to the Alzheimer’s FDA-approved drug memantine, which was previously developed by Lipton’s group. NitroSynapsin is known to help reduce excess excitatory signaling in the brain, and the team found that the compound did reduce the E/I imbalance and also reduced abnormal behaviors in the mice and boosted their performance on cognitive/behavioral tests—in some cases restoring performance essentially to normal.

Lipton and colleagues are currently testing the drug in mouse models of other autism disorders, and they hope to move NitroSynapsin into clinical trials with a biotechnology partner.

The work also has support from parents of children with MHS. “We are all hanging on to the hope that one day our children will be able to speak, to understand, and to live more independent lives,” said Michelle Dunlavy, who has a son with MHS.

In fact, Lipton’s group is also now using stem cell technology to create cell-based models of MHS with skin cells from children who have the syndrome—and NitroSynapsin appears to work in this ‘human context’ as well. Dunlavy and other parents of children with MHS recently organized an international, Facebook-based support group, which is coordinating to assist in Lipton’s research going forward.

In an amazing twist, the scientific team also found in Alzheimer’s disease models that the new NitroSynapsin compound improves synapse function, the specialized areas for communication between nerve cells. Thus, the ability of the drug to improve ‘network’ communication in the brain may eventually lead to its use in several neurological diseases.