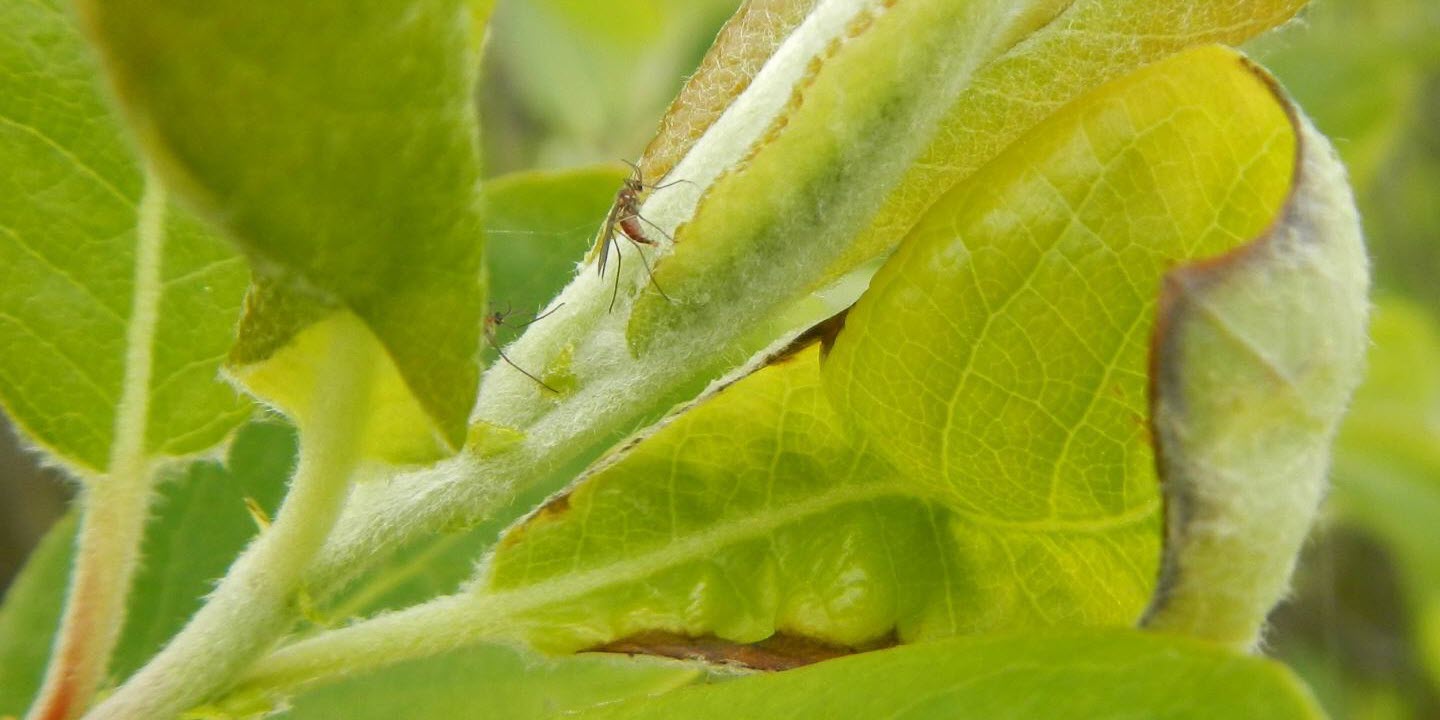 What effect does extinction of species have on the evolution of surviving species? Evolutionary biologists have investigated this question by conducting a field experiment with a leaf galling fly and its predatory enemies. They found that losing its natural enemies could make it more difficult for the prey to adapt to future environments.

According to many experts, the Earth is at the beginning of its sixth mass extinction, which is already having dire consequences for the functioning of natural ecosystems. What remains unclear is how these extinctions will alter the future ability of remaining species to adapt.

Researchers from the University of Zurich have now pursued this question with a field experiment in California. They investigated how the traits of a tiny fly changed when a group of its natural enemies was removed. From their observations, they drew conclusions about changes in the genetic diversity of the flies. 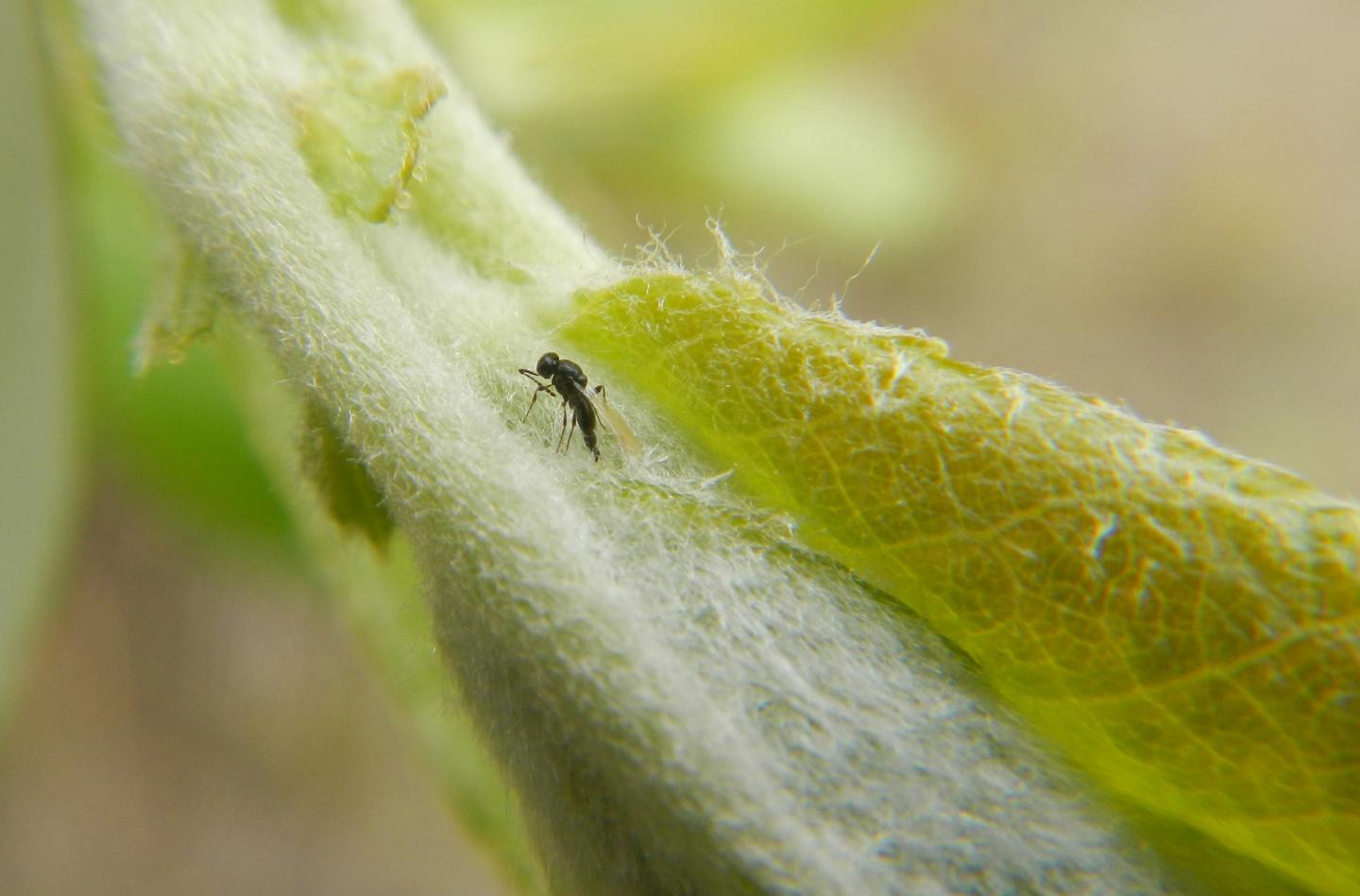 Some species of parasitic wasps lay their eggs inside the fly larva.
Matthew Barbour / UZH

The fly Iteomyia salicisverruca lives on willow leaves in tooth-shaped growths called galls, which it induces in its larval stage. The natural enemies of this fly include several species of parasitic wasps. These wasps lay their eggs inside the fly larva within the gall, where they then develop into parasitic predators known as parasitoids. Before the adult wasp leaves the gall, it devours its host, the fly.

Some species of these parasitoids attack before the gall is formed, while others parasitize fly larvae later in their development and pierce through the gall. The researchers specifically eliminated the latter group of natural enemies by attaching fine-meshed nets over leaves with galls before they were attacked.

After three months, the biologists collected about 600 galls and checked if the fly larvae had survived. They also measured three traits that influence a fly's survival from parasitoid attack: the size of the gall; the number of flies within a gall; and the fly's preference to create galls on particular genetic varieties of willow trees. Using these data they then created "fitness landscapes" using computer models, which visualize the adaptability of a species. 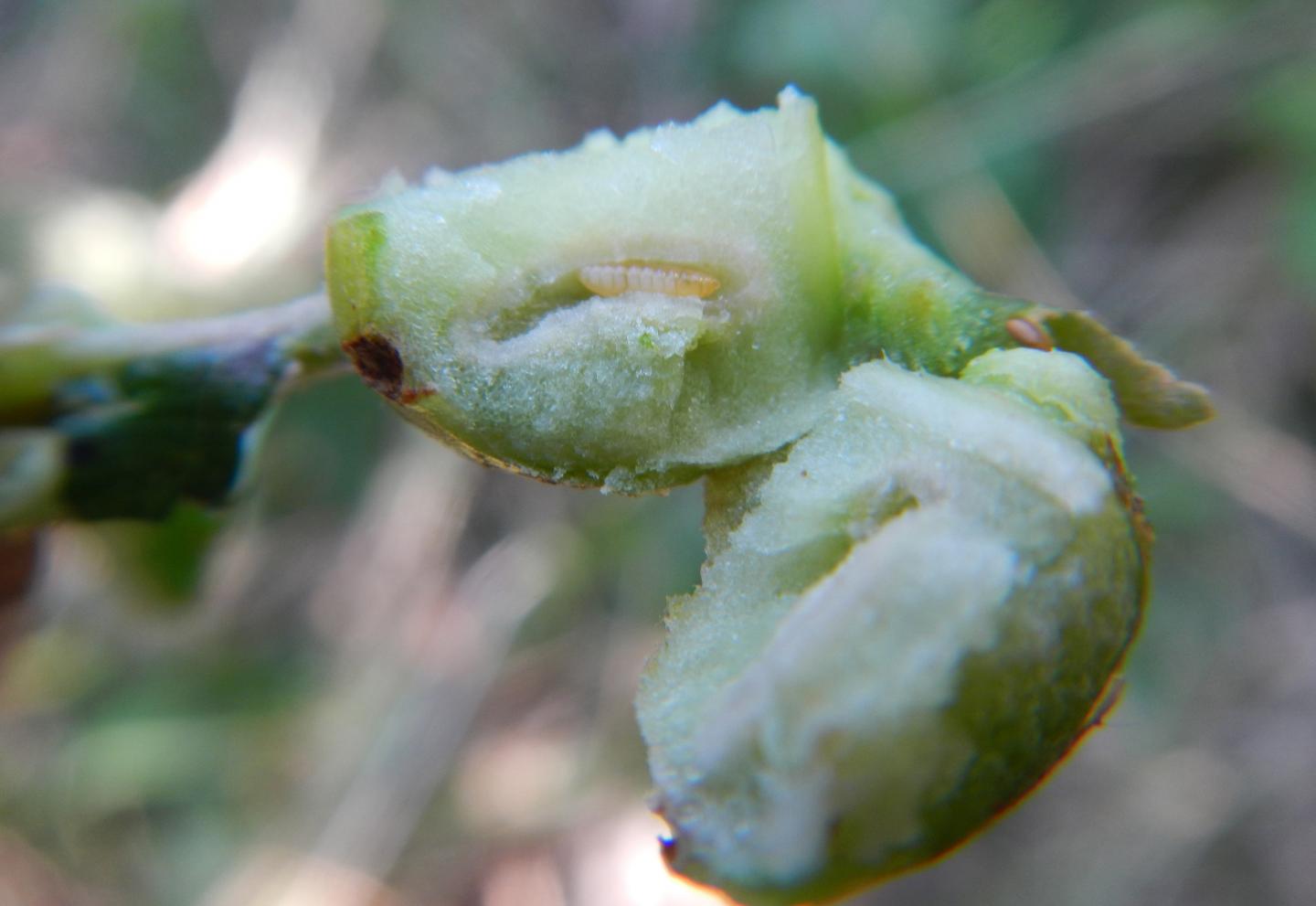 The biologists collected about 600 galls and checked if the fly larvae had survived.
Matthew Barbour / UZH

It turned out that different combinations of these three traits helped flies survive ? when all of the fly's natural enemies were present. "So there are several equally good solutions that ensure the survival of the fly," says Matt Barbour, the study's lead author. In contrast, after some natural enemies were removed, only one specific combination of traits helped flies survive. "This suggests that the extinction of natural enemies constrains fly evolution toward only one optimal solution." Genetic variations that lead to a different development of the traits could thus be permanently lost in the flies' genome.

This loss of diversity might be of consequence: "The diversity of potential solutions for survival acts to preserve genetic variability in the gall's traits," says Barbour. And since genetic variation provides the raw material for evolution, the findings suggest that the extinction of this fly's natural enemies may make it more difficult for it to adapt to a changing environment.

"Thinking about the big picture, our study hints at a potential insidious side effect of extinctions," says Barbour. "The extinction of natural enemies may compromise the ability of remaining species to adapt and persist in an uncertain and changing world." If this is true, this would put many ecosystems at even greater risk than we currently realize.