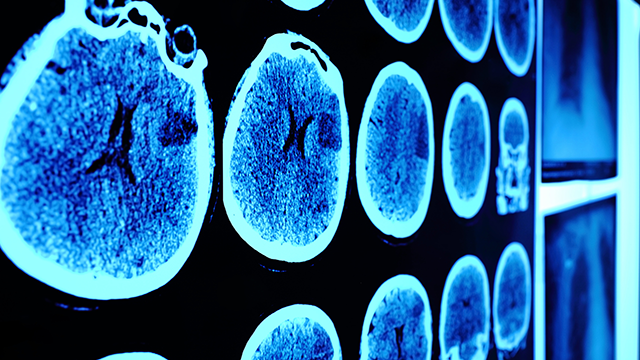 A study published in The Lancet Oncology establishes for the first time that artificial intelligence can process medical images to extract biological and clinical information. By designing an algorithm and developing it to analyse CT scan images, medical researchers at Gustave Roussy, CentraleSupélec, Inserm, Paris-Sud University and TheraPanacea (spin-off from CentraleSupélec specializing in artificial intelligence in oncology-radiotherapy and precision medicine) have created a so-called radiomic signature. This signature defines the level of lymphocyte infiltration of a tumor and provides a predictive score for the efficacy of immunotherapy in the patient.

In the future, physicians might thus be able to use imaging to identify biological phenomena in a tumor located in any part of the body without having to perform a biopsy.

Up to now, no marker can accurately identify those patients who will respond to anti-PD-1/PD-L1 immunotherapy in a situation where only 15 to 30% of patients do respond to such treatment. It is known that the richer the tumor environment is immunologically (presence of lymphocytes) the greater the chance that immunotherapy will be effective, so the researchers have tried to characterise this environment using imaging and correlate this with the patients' clinical response. Such is the objective of the radiomic signature designed and validated in the study published in The Lancet Oncology.

In this retrospective study, the radiomic signature was captured, developed and validated in 500 patients with solid tumors (all sites) from four independent cohorts. It was validated genomically, histologically and clinically, making it particularly robust.

Using an approach based on machine learning, the team first taught the algorithm to use relevant information extracted from CT scans of patients participating in the MOSCATO study , which also held tumor genome data. Thus, based solely on images, the algorithm learned to predict what the genome might have revealed about the tumor immune infiltrate, in particular with respect to the presence of cytotoxic T-lymphocytes (CD8) in the tumor, and it established a radiomic signature.

This signature was tested and validated in other cohorts including that of TCGA (The Cancer Genome Atlas) thus showing that imaging could predict a biological phenomenon, providing an estimation of the degree of immune infiltration of a tumor.

Then, to test the applicability of this signature in a real situation and correlate it to the efficacy of immunotherapy, it was evaluated using CT scans performed before the start of treatment in patients participating in 5 phase I trials of anti-PD-1/PD-L1 immunotherapy. It was found that the patients in whom immunotherapy was effective at 3 and 6 months had higher radiomic scores as did those with better overall survival.

The next clinical study will assess the signature both retrospectively and prospectively, will use larger numbers of patients and will stratify them according to cancer type in order to refine the signature.

This will also employ more sophisticated automatic learning and artificial intelligence algorithms to predict patient response to immunotherapy. To that end, the researchers are intending to integrate data from imaging, molecular biology and tissue analysis. This is the objective of the collaboration between Gustave Roussy, Inserm, Université Paris-Sud, CentraleSupélec and TheraPanacea to identify those patients who are the most likely to respond to treatment, thus improving the efficacy/cost ratio of the treatment.