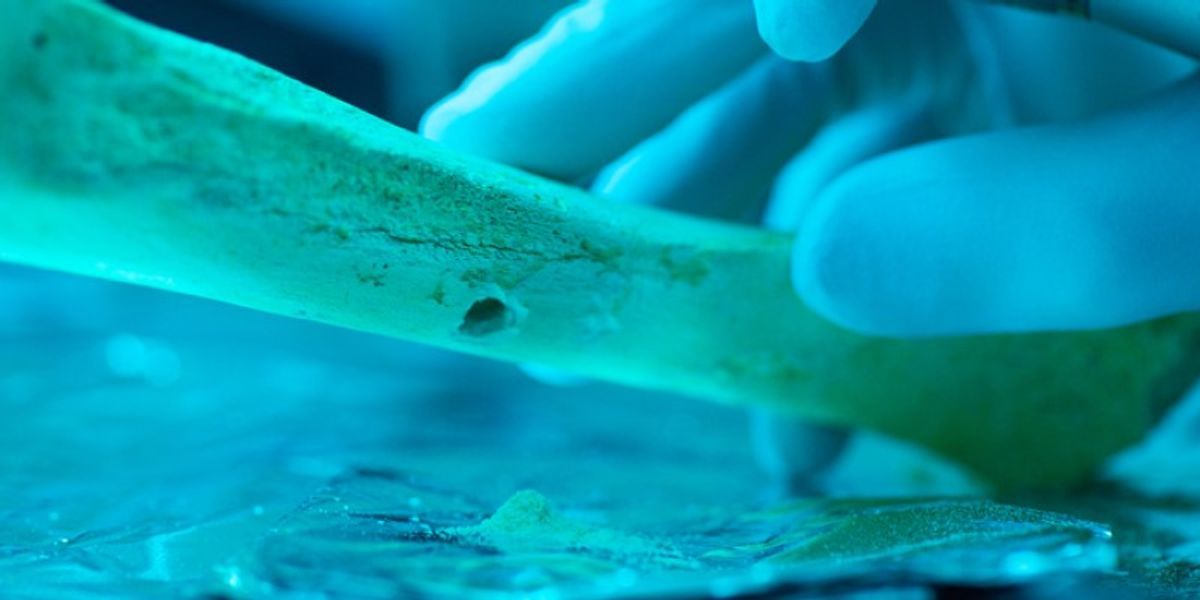 The researchers screened DNA extracted from ancient human remains for the genomic signs of parental relatedness.
MPI for Evolutionary Anthropology

The researchers re-analyzed previously published DNA data from ancient humans that lived during the last 45,000 years to find out how closely related their parents were. The results were surprising: ancient humans rarely chose their cousins as mates. In a global dataset of 1,785 individuals only 54, that is, about 3 percent, show the typical signs of their parents being cousins. Those 54 did not cluster in space or time, showing that cousins mating were sporadic events in the studied ancient populations. Notably, even for hunter-gatherers who lived more than 10,000 years ago, unions between cousins were the exception.

To analyze such a large dataset, the researchers developed a new computational tool to screen ancient DNA for parental relatedness. It detects long stretches of DNA that are identical in the two DNA copies, one inherited from the mother and one from the father. The closer the parents are related; the longer and more abundant such identical segments are. For modern DNA data, computational methods can identify these stretches with ease. However, the quality of DNA from bones that are thousands of years old is, in most cases, too low to apply these methods. Thus, the new method fills the gaps in the ancient genomes by leveraging modern high-quality DNA data. “By applying this new technique, we could screen more than 10 times as many ancient genomes than previously possible,” says Harald Ringbauer from MPI-EVA, the lead researcher of the study.

Beyond identifying mating of close kin, the new method also allowed the researchers to study background relatedness. Such relatedness originates from the typically many unknown distant relationships within small populations. As a key result, the researchers found a substantial demographic impact of the technological innovation of agriculture. This was always followed by a marked decay in background parental relatedness, indicative of increasing population sizes. By analyzing time transects of more than a dozen geographic regions across the globe, the researchers expanded upon previous evidence that population sizes increased in societies practicing farming compared to hunter-gatherer subsistence strategies.

The new method to screen ancient DNA for parental relatedness gives researchers a versatile new tool. Looking forward, the field of ancient DNA is quickly developing, with more and more ancient genomes being produced every year. By elucidating mating choices as well as the dynamics of past population sizes, the new method will allow researchers to shed more light on the lives of our ancestors.