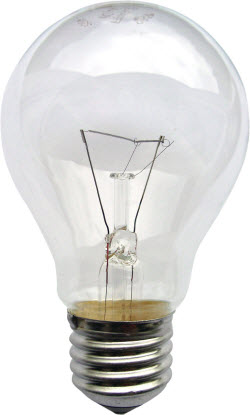 Image credit: KMJ and Edokter, Wikimedia CommonsWASHINGTON, DC, October 14, 2015—The traditional pressure in academia for faculty to "publish or perish" advances knowledge in established areas. But it also might discourage scientists from asking the innovative questions that are most likely to lead to the biggest breakthroughs, according to a new study spearheaded by a UCLA professor.

Researchers have long faced a natural tension and tradeoff when deciding whether to build on accumulated knowledge in a field or pursue a bold new idea that challenges established thinking. UCLA assistant professor of sociology Jacob Foster and his co-authors describe it as a conflict between "productive tradition" and "risky innovation."

To study this tension, Foster and his colleagues assembled a database of more than 6.4 million scholarly publications in the fields of biomedicine and chemistry from 1934 to 2008. They then analyzed whether individual publications built on existing discoveries or created new connections — in effect, creating a map of the growing web of scientific knowledge. Finally, they explored each of the two broad strategies in relation to two types of rewards: citations in subsequent research and more substantial recognition conferred by 137 different scholarly awards.

Their study, published in the October issue of the American Sociological Review, is among the first to analyze the tension between productive tradition and risky innovation on this massive scale.

Related article: What is Innovation?

The study found that a remarkably consistent pattern characterizes contemporary research in biomedicine and chemistry: more than 60 percent of the papers had no new connections, meaning that they primarily built on tradition and eschewed innovation.

Drawing on their analysis of scientific rewards, Foster and his colleagues argue that researchers who confine their work to answering established questions are more likely to have the results published, which is a key to career advancement in academia. Conversely, researchers who ask more original questions and seek to forge new links in the web of knowledge are more likely to stumble on the road to publication, which can make them appear unproductive to their colleagues. If published, however, these innovative research projects are more highly rewarded with citations. And scientists who win awards — especially major ones, like a Nobel Prize — have more of these innovative moves in their research portfolio.

"Published papers that make a novel connection are rare but more highly rewarded," said Foster, the study's lead author. "So what accounts for scientists' disposition to pursue tradition over innovation? Our evidence points to a simple explanation: Innovative research is a gamble whose payoff, on average, does not justify the risk. It's not a reliable way to accumulate scientific reward."

Related article: A View Inside the Science of Innovation

Foster added: "When scientists innovate, they may be betting on extraordinary impact. They are playing for posterity."

Foster specializes in the computational study of scientific ideas. The paper's co-authors were James Evans, a University of Chicago associate professor of sociology, and Andrey Rzhetsky, a professor of medicine and human genetics at Chicago.

The authors suggest that universities could encourage more risk-taking in research by decoupling job security from productivity. They note that a similar approach was especially successful at Bell Labs in the mid-20th century; scientists there could work on a project for years before it was evaluated. The study also recommends a model in which research funding goes to individual scientists, rather than specific research projects — a strategy being used by the Howard Hughes Medical Institute and for some National Institutes of Health grants.

Institutions and funding organizations could also reduce barriers to innovative research by using funding schemes that make it less risky for researchers to pitch a novel idea — and more likely for that idea to be funded. The Gates Foundation takes this approach in certain research programs, drastically reducing the length of initial applications, funding projects on a trial basis, and structuring review panels so that out-of-the-box ideas can find champions rather than just critics.

"Studying science at a large scale gives us a new perspective on this critical institution. A better understanding of science will lead to better science," he said.

The study was funded by grants from the National Science Foundation and the John Templeton Foundation.