Once every four years, people from all nations marvel at the incredible feats of the greatest athletes in the world. What is it that allows them to run, jump, and throw faster and farther than the average person? Is it good genes, or sheer hard training? 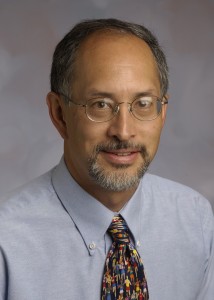 “Olympic athletes are fascinating subjects for research,” said Bassett. “They are not only genetically gifted, but in most cases they’ve spent thousands of hours training for their events. They are pushing the envelope of what’s possible in training and competition.”

Bassett and Conger looked at several case studies of Olympic athletes across a decades-long span of the summer Olympic Games. They also examined what the Olympics has taught us about environmental studies and new views on aging.

Highlights of their findings include:

“In addition to teaching us about the physiology of the human body, Olympic athletes can also demonstrate the resilience of the human spirit,” said Bassett. “The history of the summer Olympics is filled with tales of underdogs who were given little chance to win but who achieved hard-fought victories.

“Only a small percentage of the Olympic athletes who compete in Rio de Janeiro will come away with a medal, but all of them will meet fellow competitors from around the world who will push them to perform at their best.”