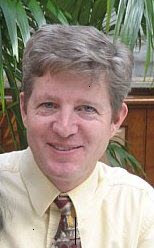 Stephen Sweet is an associate professor and chair of the Department of Sociology.Photo courtesy of Ithaca CollegeITHACA, NY — There is a pre-existing assumption that women place less importance on their careers than men. A new study by an Ithaca College professor challenges this assumption by evaluating how much men and women consider their careers a central part of their identity.

“Are Women Less Career Centric Than Men? Structure, Culture and Career Investments” by Stephen Sweet, analyzes data collected from employees in 11 countries to determine if gender differences in career centrality — the importance of one’s career to their identity — exist, and examines how those differences relate to professional demands, gender role beliefs and cultural expectations.

Related article: A Changing Landscape for Women in Academic Science

A nationally known expert on the intersections between work, family and community, Sweet is an associate professor and chair of the Department of Sociology and a visiting scholar at the Sloan Center on Aging and Work at Boston College.

To determine if the gender gap in career centrality is affected by specific circumstances, Sweet examined structural forces such as job demands, working conditions, hours worked, degree of job security, nature and variety of tasks performed, and access to flexible work options. He also looked into worker’s family caregiving responsibilities.

Sweet also examined cultural explanations to determine how traditional gender assumptions about the unique skills of women and men might lead to identity differences, including those that relate to the importance of a career to one’s identity.

The results revealed more similarities than differences between women and men in respect to career centrality.

Sweet’s analysis revealed many findings that rebut the misconception that the importance of one’s career differs between men and women. The findings determined:

Sweet’s findings reveal that gender differences in career-centric values are likely related to both structural and cultural factors. He argues that if women had the same opportunities as men to enter high quality jobs, they would likely invest their identities in careers in a comparable manner.

“Are Women Less Career Centric Than Men? Structure, Culture and Career Investments” is published by the Journal of Community, Work & Family.