The graphic illustrates the technique described in the new study. A version of the Cas9 protein used in CRISPR gene editing has been mutated. While this protein, seen in blue, retains its proper functioning, it remains "immunosilent"—hidden from predation as a foreign entity by the immune system's T cells (seen in brown)Credit: Jason Drees

The advance of science is something like the wandering of an explorer through an uncharted jungle. Often, the dense undergrowth can seem impenetrable, but at certain privileged moments, a clearing opens, and an entirely new landscape emerges.

Something like this is occurring in the field of biology with the recent discovery of powerful techniques for intervening in the genetic code of life. A new method for editing genes with the ease of a computer’s cut-and-paste functions may prove more momentous than the splitting of the atom and represents a major advance in the war against deadly diseases.

The breakthrough—known as CRISPR—has been greeted with ecstatic optimism and grave apprehension.

In research appearing in the advanced online edition of the journal Nature Communications,  Karen Andersen, Samira Kiani, and their colleagues at Arizona State University describe a method of rendering the gene editing tool CRISPR-Cas9 “immunosilent,” potentially allowing the editing and repair of genes to be accomplished reliably and stealthily.

The study is the first to accurately predict the dominant binding sites or epitopes responsible for immune recognition of the Cas9 protein and experimentally target them for modification. The findings bring CRISPR a step closer to safe, clinical application.

Anderson is a professor in the Biodesign Virginia G. Piper Center for Personalized Diagnostics and ASU’s School of Life Sciences. She is also associate professor of medicine at the Mayo Clinic Arizona. Kiani recently joined the Biodesign Institute in addition to her appointments at ASU’s School of Life Sciences and the School of Biological and Health Systems Engineering. Her research interests include the use of synthetic biology methods to improve CRISPR safety.

Back in 1987, a team of researchers in Osaka, Japan found something peculiar. Identical genetic sequences appeared to be cropping up repeatedly in the bacterial genome of E. coli. These palindromic sequences were separated by abbreviated snippets of DNA of varying composition.

The nature of these strange repeated sequences and the curious DNA phrases separating them were an enigma. Remarkably, they started showing up in other bacteria. Indeed, the phenomenon seemed to be ubiquitous, and the race for an explanation was on.

Today we know that the researchers had stumbled on a previously unknown bacterial immune system—CRISPR (for clustered regularly interspaced short palindromic repeats).

CRISPR relies on two primary components. The first, known as a guide RNA, is a sort of molecular bloodhound, responsible for locating a particular site in the genome to be modified or disabled. The second component, known as Cas9, is a special type of protein known as an endonuclease. It functions like a pair of razor-sharp pruning shears, cutting through the double stranded DNA at the desired site located by the guide RNA.

When a bacterium like E. coli is invaded by an unfamiliar virus—known as a bacteriophage—the CRISPR system is activated. If bacterial defense mechanisms successfully disable the virus, CRISPR chops the invader’s DNA into pieces and stores these fragments in a kind of genomic library. A subsequent viral assault on the bacterium will cause CRISPR to compare DNA segments of the offending virus with the bacterium’s data bank of DNA fragments from previous viral attacks. When the guide RNA finds a match along the virus’ DNA, it binds with the complementary sequence and the Cas9 protein severs the DNA, terminating the virus.

Clever researchers soon recognized the potential of CRISPR-Cas9 to serve as an all-purpose gene editing tool, useful not only for modifying selected regions throughout the entire bacterial genome, but the genomes of all living organisms, including humans. The possibilities are staggering and are not limited to effective treatments for a broad range of genetic diseases. For the first time, it may be possible to correct Nature’s genetic typos, curing many of these diseases outright and preventing others from ever arising.

CRISPR also holds the potential to radically transform ecosystems and has been suggested as a means of wiping out diseases like malaria by driving the mosquitos that carry them to extinction, through CRISPR-aided techniques known as gene drives.

For the first time in earth’s history, one species holds the key to directing the course of its own evolution, (not to mention the evolution of bacteria, giraffes, redwood trees and all planetary life). Currently, there are prohibitions on gene editing efforts in humans that could be passed through the germline to successive generations, but in at least one case, these boundaries have been ominously overstepped. So powerful and versatile is the CRISPR method, there are likely few domains of applied biology that will remain untouched by it.

But before CRISPR can take its first tentative steps in the clinic, a number of safety issues must be addressed, beginning with the gene-slicing protein Cas9.

“Being as much a societal revolution as a technological revolution, many researchers have started to look into ethical, societal, safety and regulatory considerations related to CRISPR usage,”Kiani says. “Safety engineering to address controllability, specificity and side effects of CRISPR treatments have gained significant momentum and ethical debates have arisen to ensure correct use of technology. My lab is interested to address both issues.”

Cas9 is a precise and versatile tool, replacing early, inaccurate and inefficient gene editing techniques with a rapid, inexpensive and deadly-accurate cutting device. But Cas9 in its native form may not be well tolerated by the human body.

Making CRISPR technology safe for clinical use is a central concern and the issue is challenging. One necessity is to ensure that the central machinery of CRISPR is not recognized by a patient’s immune system as a foreign entity and attacked. An immune response of this kind could cause significant toxicity. (An early, pre-CRISPR method of introducing altered genes to correct a rare genetic disorder resulted in tragedy when an immune system revolt caused multiple organ failure and death. Today, improved vectors for gene therapy have resulted in safer treatments for a range of genetic disorders, though "off-target" effects of these interventions remain an important concern.)

The Cas9 protein is derived from a common bacterium, streptococcus pyogenes. “The problem,” Anderson says, “is that many of us are already immune to streptococcus. If you have had a Group A strep infection, you may have preexisting immunity to that protein.”

S. pyogenes is a round bacterium that commonly colonizes the throat, genital mucosa, rectum and skin, affecting 700 million people annually worldwide. It is responsible for diseases ranging from rheumatic fever and rheumatic heart disease to scarlet fever and streptococcal pharyngitis—commonly known as strep throat.

In previous gene editing efforts, cells were removed from human tissue, reengineered and replaced in the body. The power of CRISPR allows researchers to modify DNA within a living person’s tissue and even to target multiple gene modifications with a single CRISPR intervention.  “If you want to think about repairing cells that are in an organ, like a liver cell or kidney or brain,” Anderson says, “then you have to express the bacterial protein there.” This is where the threat of triggering an immune response to Cas9 becomes a formidable obstacle.

The new study affirms that Cas9 is indeed immunogenic in humans and that preexisting exposure to S. pyogenes can drive the body’s T cells to launch an immune attack against the bacterial protein. When 143 samples of blood were screened, 82 of them (or 57.3 percent) showed detectable levels of antibody to S. pyogenes.

The study next describes an effort to produce a fully functional version of Cas9, suitable for gene editing, which is not recognized and targeted by the immune system. To do this, the researchers identified the regions of antibody binding on the Cas9 molecule, (known as epitopes), that were directly implicated in triggering T cell recognition and attack.

Two mutations in so-called anchor residues of the Cas9 epitope were explored individually and in combination to assess their effect on immunogenicity. Modifying these regions by just a single amino acid produced a version of Cas9 that could operate undercover. T-cell reactivity to the mutated peptide showed a 25-30 fold reduction, while leaving Cas9’s DNA-cutting ability intact.

“That’s the unique part of what we’ve done,” Anderson says.  “We took those dominant epitopes and tried to silence them—just by doing one or two mutations in the Cas9 gene. But we rebuilt it, so the gene was still functional. It’s not immunologically silent, but its more quiet.” Indeed, the study results confirmed that in cultured cells, the reengineered Cas9 was less immunologically active, while retaining its functional properties. The author’s stress that the technique could be combined with other strategies to further improve CRISPR safety and reduce the need for immunosuppressant drugs.

Exciting new avenues of research are being explored that would enable CRISPR to be used to induce epigenetic changes, turning on silent genes, altering the activity of disrupted genes or otherwise modifying gene expression without permanent changes to the DNA. Such interventions will require the CRISPR system to remain much longer in the body to be effective, perhaps weeks or months. Here, potential immunity to Cas9 will be even more of a critical consideration. Custom tailoring of epitopes to silence the immune response to Cas9 offers an attractive approach.

“We are hoping that this study is the beginning of many efforts that when combined can address the immunogenicity of CRISPR for clinical trials,” Kiani says. 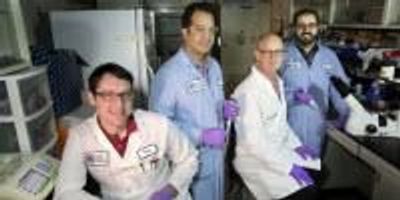 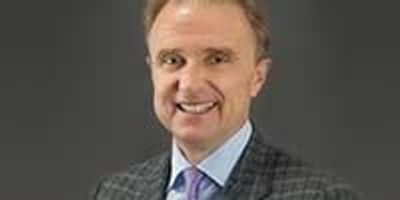