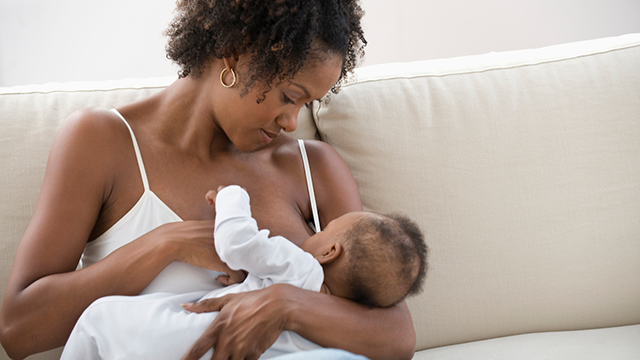 Research published in the Journal of Experimental Medicine today (Nov. 20) indicates that a mother's diet can protect nursing newborns against food allergies. Conducted by researchers at Boston Children's Hospital and Harvard Medical School, the study offers an explanation for how breastfeeding can promote tolerance to the foods that most often cause allergies. The study received support from Food Allergy Research & Education (FARE), the world's largest private source of funding for food allergy research. Michiko Oyoshi, the senior author of the study, received FARE's Mid-Career Investigator in Food Allergy Award in 2015.

In mice, milk from mothers exposed to egg protein gave protection against egg allergy not only to the mothers' own offspring, but also to fostered newborns whose birth mothers had not received egg. Newborns gained an insignificant degree of protection from mothers who were exposed to egg during pregnancy but did not breastfeed them. The protective effect was strongest when the newborns were born to and nursed by mothers who were exposed to egg before and during pregnancy and breastfeeding.

The study's findings are consistent with new dietary recommendations for pregnant and nursing mothers. Previous research had not been conclusive, with some studies indicating a protective role for breastmilk, and others suggesting that children could become allergic to foods they encountered through their mother's diet. Pregnant and breastfeeding mothers were sometimes cautioned against consuming foods that commonly cause allergy, such as milk, egg, peanut, tree nuts, soy, wheat, fish, and shellfish. More recently, feeding peanut foods to infants at high risk for peanut allergy was shown to decrease, not increase, the babies' likelihood of developing allergy to peanut. Allergists now recommend that, unless mothers already have diagnosed food allergies, they should not avoid allergenic foods while pregnant and nursing.

"This elegantly designed and controlled study shows that mothers should feel free to eat a healthy and diverse diet throughout pregnancy and while breastfeeding," said Dr. James R. Baker, Jr., FARE CEO and chief medical officer. "Eating a range of nutritious foods during pregnancy and breastfeeding will not promote food allergies in developing babies, and may protect them from food allergy."

At the same time, Baker notes that maternal and early childhood diets do not cause food allergies in children. Most children do not develop food allergies, regardless of how they are fed, while some children develop allergies even when fed an optimal diet. "More research is needed to untangle the factors contributing to make food allergies much more prevalent in recent decades."

The food allergy protections described in the study are dependent on specific proteins, some provided by the mother, others by the offspring. By identifying these proteins and proposing a mechanism through which mother and offspring contribute to the development of food tolerance in the newborn mouse, the research opens new opportunities to study how the protections break down in the case of food allergy and how such breakdowns might be prevented. Preventing food allergy is critical because there are no approved treatments for this serious and potentially life-threatening condition that affects 15 million Americans.

The mouse study found that when a nursing mother is exposed to a food protein, her milk contains complexes of the food protein combined with her antibodies, which are transferred to the offspring through breastfeeding. Aided by a protein in the offspring's gut lining and some immune cells, the food protein-antibody complexes are taken up and introduced to the offspring's developing immune system, triggering the production of protective cells that suppress allergic reactions to the food. These protective cells persist after antibodies from the mother are gone, promoting long-term tolerance to the food.

A similar mechanism may offer protection to human infants. "Humanized mice," in which some proteins of the mouse immune system have been replaced with human immune proteins, were protected from egg allergy by human breastmilk containing complexes of egg white protein and human antibody. Oyoshi's research team is now enrolling human mothers in a study that will compare breastmilk from mothers of children at low risk or high risk for food allergy and will examine the contents of breastmilk before and after the nursing mother eats peanuts.