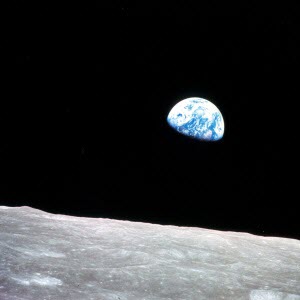 An image of Earth from the moon. Astronauts who see this firsthand often report intense awe called the "overview effect."Photo credit: NASAPicture Earth at the center of a frame. The planet looks unassuming, a fleck, its blue-and-white marbling stark against a black interstellar backdrop. Yet the image likely evokes some reaction.

Astronauts who experience Earth from orbit often report feelings of awe and wonder, of being transformed by what they describe as the magic such a perspective brings. This phenomenon is called the “overview effect,” and researchers from the University of Pennsylvania’s Positive Psychology Center are studying it to better understand the emotions astronauts commonly recount.

Penn research fellows David Yaden and Johannes Eichstaedt, and intern Jonathan Iwry, with colleagues from Thomas Jefferson University, the University of Houston and others, have several goals with this work: to look at implications for space flight as the aeronautical community heads toward years-long missions to places like Mars, and to understand how to induce a similar sensation for non-astronauts.

They published their findings in the March issue of the journal Psychology of Consciousness.

To understand the overview effect, Yaden and colleagues analyzed excerpts from astronauts from all over the world who documented viewing Earth from space. Themes emerged from the quotes, ideas like unity, vastness, connectedness, perception—in general, this sense of an overwhelming, life-changing moment. 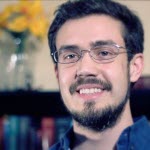 David Yaden of the Positive Psychology Center at the University of Pennsylvania lead a study on the overview effect.Photo courtesy of the University of Pennsylvania“We watch sunsets whenever we travel to beautiful places to get a little taste of this kind of experience. These astronauts are having something more extreme,” said Yaden, lead paper author. “By studying the more-extreme version of a general phenomenon, you can often learn more about it.”

Yaden’s research specialty is such self-transcendent or spiritual experiences. Most often, he said, they come entangled in a religious context, but not for astronauts.

“Space is so fascinating because it’s a highly scientific, highly secular environment, so it doesn’t have these connotations,” he said. “We think of people who do a lot of meditation or climb mountains, people who are awe junkies, having these experiences. We don’t [often] think of these very strict scientists reporting these blissful moments.”

Not only that, but the experiences can be duplicated. “Behavior is extremely hard to change, so to stumble across something that has such a profound and reproducible effect,” Eichstaedt said, “that should make psychologists sit up straight and say, ‘What’s going on here? How can we have more of this?’” 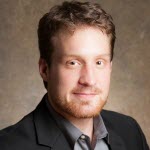 Johannes Eichstaedt of the Positive Psychology Center at the University of Pennsylvania.Photo courtesy of the University of PennsylvaniaPart of that answer could result from a planned follow-up experiment using virtual reality that gives participants the chance to Earth-gaze. This could result in an experience similar to the overview effect. “In the end, what we care about is how to induce these experiences,” Eichstaedt said. “They help people in some ways be more adaptive, feel more connected, reframe troubles.”

The researchers also say psychology should be part of the equation for extended space missions, and they hope to create concrete recommendations for maintenance of astronaut well being long-term. In their estimation, the overview effect, a positive process already occurring in space flight, can help.

They’re looking to the private sector, to groups like SpaceX, Blue Origin or Virgin Galactic, as an interim step to get there. But ideally, they’re aiming to collaborate with astronauts already back from space and those on their way up.

“We’re outlining a phenomenon that’s fascinating,” Yaden said. “This is our first step, and we hope that we can take this and go further.”