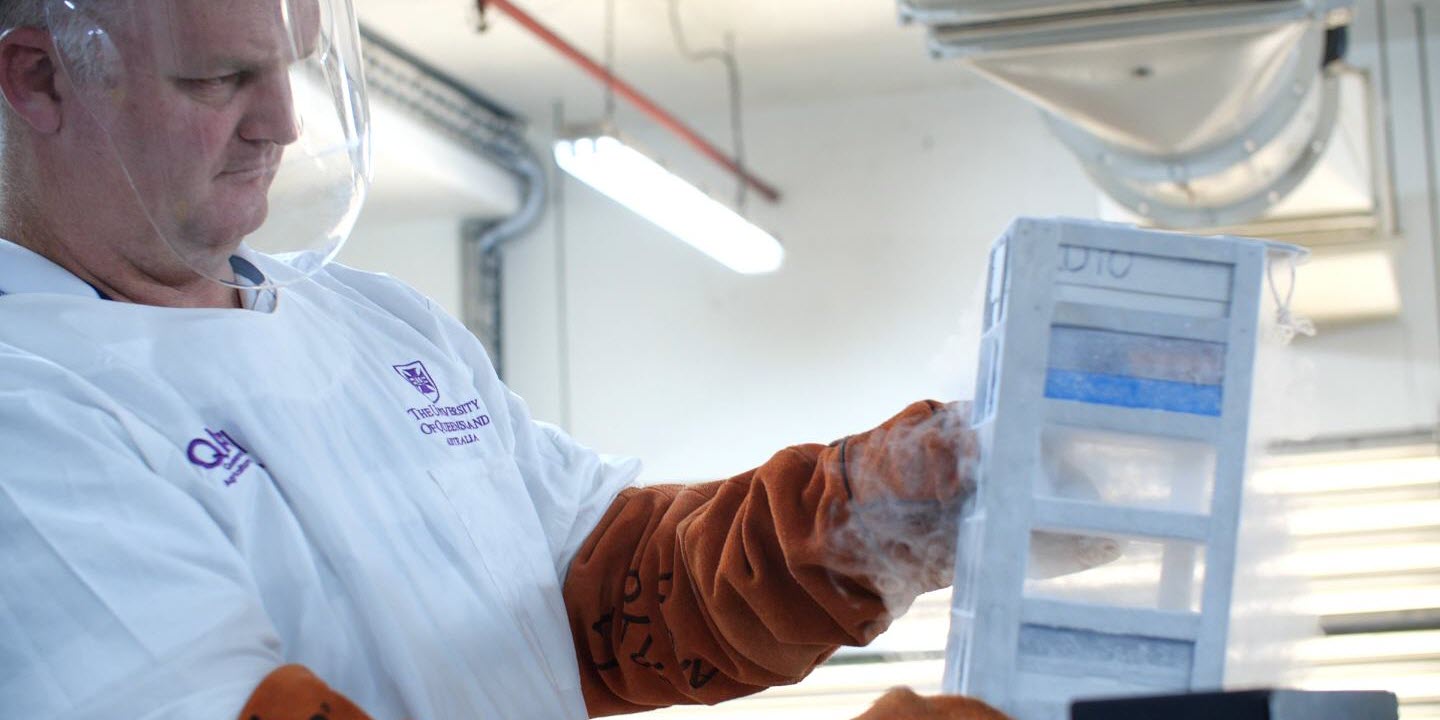 The supply of smashed 'avo' is secure for generations after world-first research cryopreserved the tips of avocado shoots and then revived them to create healthy plants.

University of Queensland PhD student Chris O'Brien has developed the first critical steps to create a cryopreservation protocol for avocado which had never been achieved until now, despite more than 40 years of research.

"The aim is to preserve important avocado cultivars and key genetic traits from possible destruction by threats like bushfires, pests, and disease such as laurel wilt—a fungus which has the capacity to wipe out all the avocado germplasm in Florida," O'Brien said. "Liquid nitrogen does not require any electricity to maintain its temperature, so by successfully freeze avocado germplasm, it's an effective way of preserving clonal plant material for an indefinite period."

Cryopreservation is the technology used to freeze human biological material such as sperm and eggs at - 196ºC, and has been used to freeze other plants such as bananas, grape vines, and apple.

O'Brien has been working with UQ Centre for Horticultural Science's professor Neena Mitter and Dr. Raquel Folgado from the Huntington Library, Art Museum, and Botanical Gardens in California to perfect the technique.

He used clonal shoot tip material developed from tissue culture propagation technology which enables up to 500 true to type plants to grow from a single shoot-tip.

"At first I was just recovering brown mush after freezing the avocado tips," O'Brien said. "There was no protocol so I experimented with priming the tips with vitamin C, and used other pre-treatments like sucrose and cold temperature to prepare the cells—it was a question of trial and error to get the optimal mixture and correct time points."

The avocado shoot tips are placed on an aluminium foil strip, which allows for ultra-fast cooling and rewarming, then placed into a 'cryotube' before being stored in liquid nitrogen. 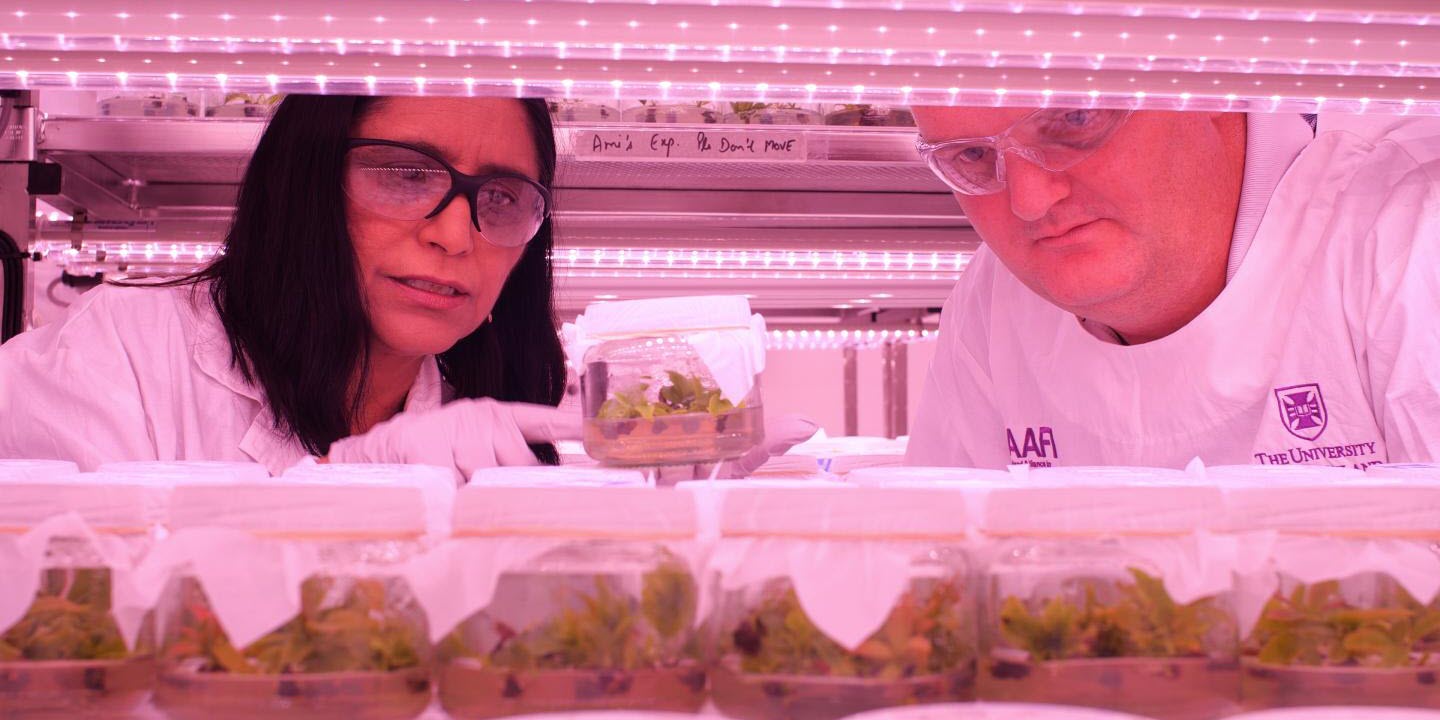 The frozen shoot tips can be revived in a petri dish containing a sucrose mixture to rehydrate.

"It takes about 20 minutes to recover them," O'Brien said. "In about two months, they have new leaves and are ready for rooting before beginning a life in the orchard."

He has achieved 80 percent success in regrowing frozen Reed avocado plants and 60 percent with the Velvick cultivar.

The recovered trees will be monitored for flowering times and fruit quality, with field trials planned with collaborators at Anderson Horticulture.

Mitter said this was the first time the plants had experienced life outside the laboratory.

"I suppose you could say they are space-age avocados—ready to be cryo-frozen and shipped to Mars when human flight becomes possible," she said. "But it is really about protecting the world's avocado supplies here on earth and ensuring we meet the demand of current and future generations for their smashed 'avo' on toast."