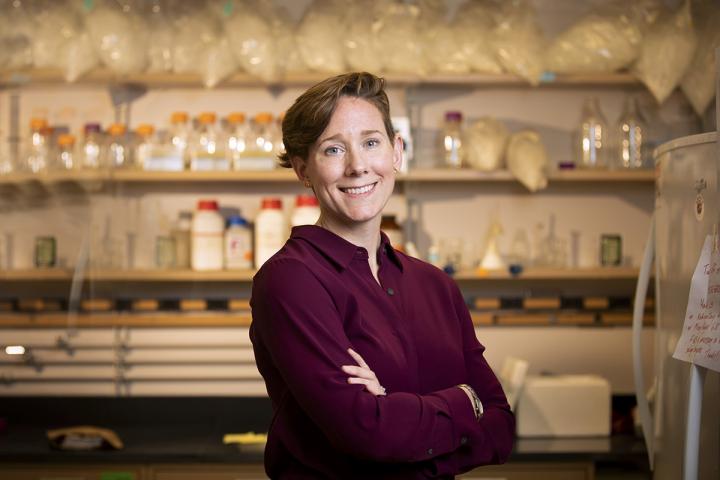 U of I anthropology professor Kathryn Clancy and her colleagues were among the authors of a 2018 report on the sexual harassment of women in academia published by the National Academies of Sciences, Engineering, and Medicine. In a new report, they call for institutions of higher education to directly address those responsible for the hostile work environments many women face in academia.
Fred Zwicky

CHAMPAIGN, IL — While many academic institutions are searching for ways to prevent sexual assault and sexual coercion among their faculty members, staff, and students, they are failing to address the most common forms of gender-based harassment, say experts who study harassment and discrimination at work and in academic and health care settings.

In an opinion piece published in the Proceedings of the National Academy of Sciences, the experts focus on behaviors that communicate derision, disgust, or disrespect for members of one sex or gender group.

"By far the most prevalent form of sexual harassment is the put-down, or what social scientists call gender harassment: comments, cartoons, jokes, gestures, and other insults," the researchers wrote. "Sometimes the put-downs are sexually degrading and crude, and other times they are contemptuous without sexual content."

"Gender-based harassment is insidious because it's not always distinguishable from criticism or rudeness," said Kathryn Clancy, a professor of anthropology at the University of Illinois, Urbana-Champaign and the first author of the report. "How do you report that someone told you that you have a 'mommy brain'? Or that you are hard to listen to with your high-pitched voice?"

Over time, these kinds of harassment cause targets to doubt themselves and their worth, making them withdraw from work or even leave, said Clancy, who wrote the report with Lilia Cortina, a professor of psychology and of women's studies at the University of Michigan; and Anna Kirkland, a professor of women's studies and of health management and policy at the University of Michigan's School of Public Health.

"Courageous leaders deal directly with problematic faculty or staff, rather than abdicating responsibility to a formal reporting process that is unlikely to lead to a finding."

Unfortunately, many institutions choose to look for quick fixes or procedures that reduce their legal liability, Clancy said.

"It's easy to think that complying with the law means you are doing what you need to do to eliminate sexual harassment on your campus," she said. "But 30 years of research suggests the opposite. An over-focus on legal compliance leaves victims behind and can harm entire communities who are not served by conservative interpretations of the law and formal reporting processes."

Clancy and her colleagues make several recommendations to academic institutions hoping to address the problem. Many of the recommendations are drawn from a 2018 report from the National Academies of Sciences, Engineering, and Medicine. One suggested approach involves working to change the culture of problematic departments by including information about how individuals behave toward others in weighing decisions about hiring, promotions, the giving of awards, and special appointments.

"Courageous leaders deal directly with problematic faculty or staff, rather than abdicating responsibility to a formal reporting process that is unlikely to lead to a finding," Clancy said. "They need to initiate conversations early and often, and if instigators are unwilling to change, leaders should consider graded consequences for their actions."

Deans, directors, and department heads can "withhold perks from those who are relentlessly rude," the experts wrote. "No more corner offices, primo parking spaces, or appointments to important committees."

Academic institutions should not invest in quick fixes like packaged video or online training created by outside consultants with little expertise in sexual victimization. Instead, they suggest that such training be grounded in research, conducted by a live instructor, interactively involve participants, and last longer than four hours.

The most important thing institutions can do to reduce the kind of harassment that, unfortunately, is all-too-common in academia is to change the character, quality, and diversity of their leadership, Clancy said.

"Academia has the second-highest rate of sexual harassment, after the military," she said. "We condone and even reward selfishness, rudeness, and unhealthy forms of competition. We need brave leaders who are willing to change incentive structures and cherish their brave whistleblowers, caring mentors, and collegial staff and faculty."