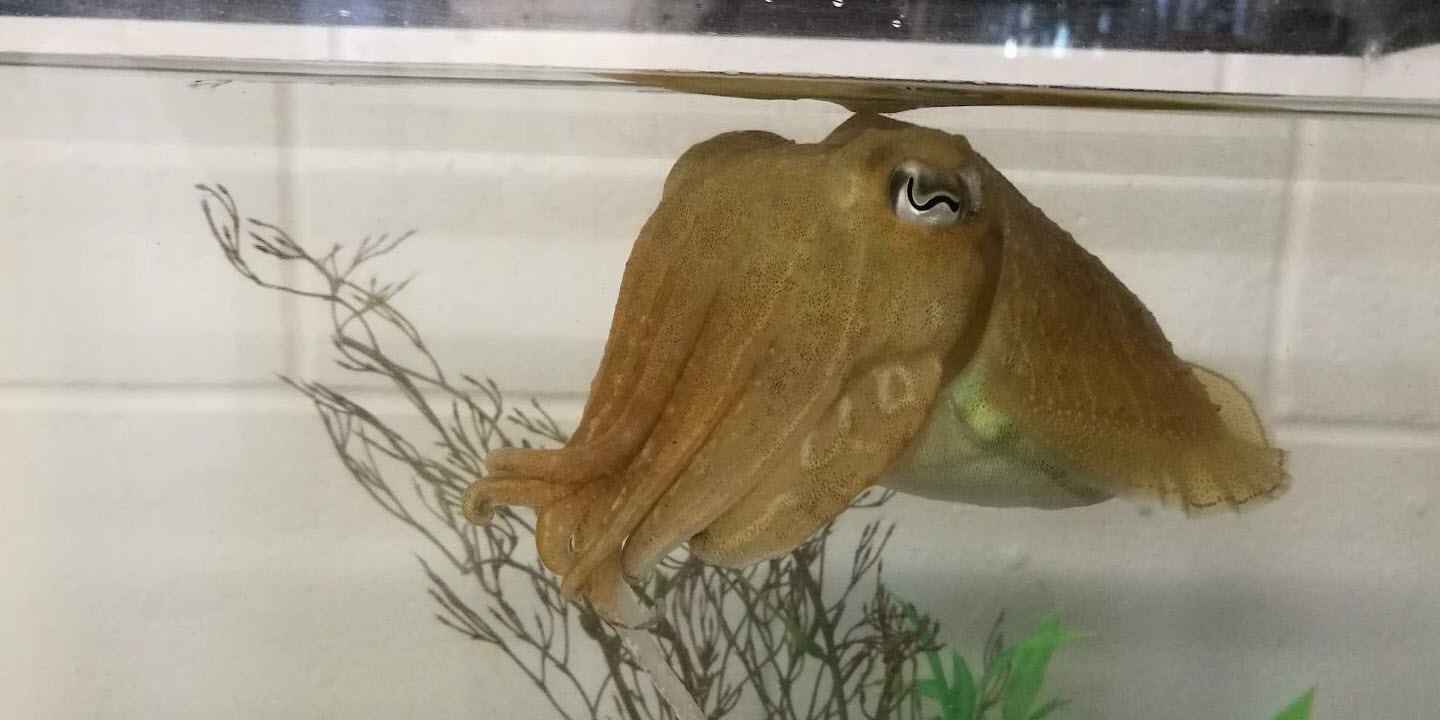 WOODS HOLE, MA — Much like the popular TikTok challenge where kids resist eating snacks, cuttlefish can do the same! Cuttlefish can delay gratification—wait for a better meal rather than be tempted by the one at hand—and those that can wait longest also do better in a learning test, scientists have discovered.

This intriguing report marks the first time a link between self-control and intelligence has been found in an animal other than humans and chimpanzees. It is published this week in Proceedings of the Royal Society B.

The research was conducted at the Marine Biological Laboratory (MBL), Woods Hole, while lead author Alexandra Schnell of University of Cambridge, UK, was in residence there as a Grass Fellow. Among Schnell's collaborators was MBL Senior Scientist Roger Hanlon, a leading expert in cephalopod behavior and joint senior author on the paper.

"We used an adapted version of the Stanford marshmallow test, where children were given a choice of taking an immediate reward (one marshmallow) or waiting to earn a delayed but better reward (two marshmallows)," Schnell says. "Cuttlefish in the present study were all able to wait for the better reward and tolerated delays for up to 50-130 seconds, which is comparable to what we see in large-brained vertebrates such as chimpanzees, crows, and parrots." 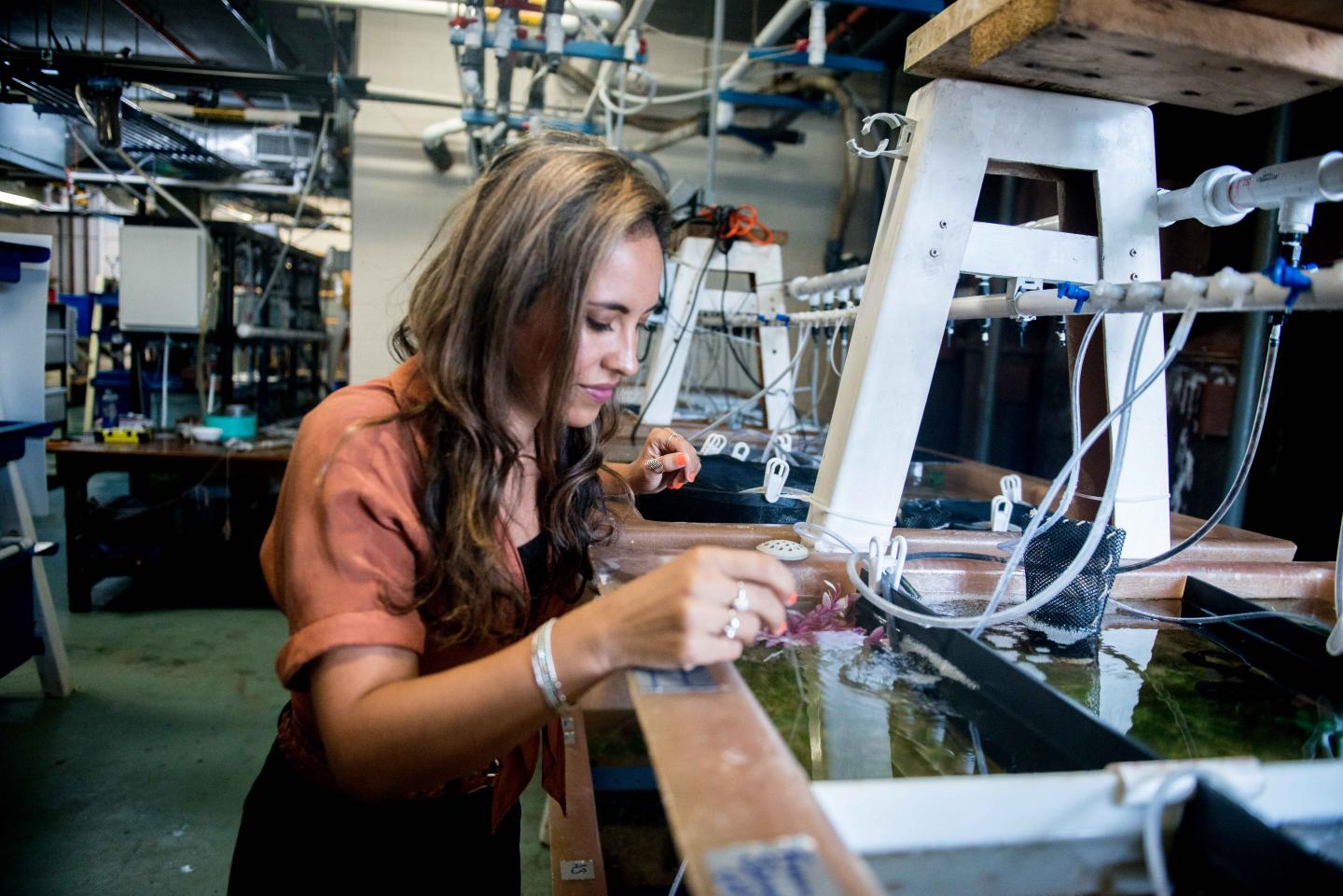 Cuttlefish that could wait longer for a meal also showed better cognitive performance in a learning task. In that experiment, cuttlefish were trained to associate a visual cue with a food reward. Then, the situation was reversed, so the reward became associated with a different cue. "The cuttlefish that were quickest at learning both of those associations were better at exerting self-control," Schnell says.

Why cuttlefish have evolved this capacity for self-control is a bit mysterious. Delayed gratification in humans is thought to strengthen social bonds between individuals—such as waiting to eat so a partner can first—which benefits the species as a whole. It may also be a function of tool-building animals, who need to wait to hunt while constructing the tool.

But cuttlefish are not social species, and they don't build tools. Instead, the authors suggest, delayed gratification may be a by-product of the cuttlefish's need to camouflage to survive.

"Cuttlefish spend most of their time camouflaging, sitting and waiting, punctuated by brief periods of foraging," Schnell says. "They break camouflage when they forage, so they are exposed to every predator in the ocean that wants to eat them. We speculate that delayed gratification may have evolved as a byproduct of this, so the cuttlefish can optimize foraging by waiting to choose better quality food."

Finding this link between self-control and learning performance in a species outside of the primate lineage is an extreme example of convergent evolution, where completely different evolutionary histories have led to the same cognitive feature.

- This press release was originally published on the MBL news website,The Well. It has been edited for style