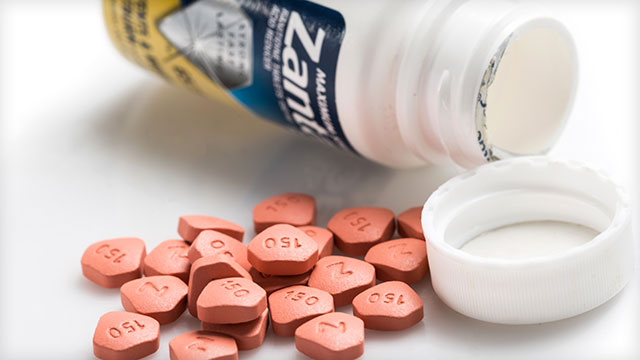 The recent warnings and recalls over levels of an impurity in ranitidine drugs by the US Food and Drug Administration (FDA) and other regulators have called into question the safety testing methods used for such medications.

On Sept. 13, the FDA alerted health care professionals and patients to “low levels” of a nitrosamine impurity known as N-nitrosodimethylamine (NDMA) in some ranitidine medications commonly known by the brand name Zantac. NDMA is classified as a probable human carcinogen that is also found in low levels in water and some foods.

Though the FDA advised concerned individuals to contact their health care providers, it did not ask people to stop taking ranitidine, an over-the-counter and prescription drug used to treat heartburn and related issues.

Valisure, an American online pharmacy, informed the FDA of the issue when its routine tests of ranitidine found levels of NDMA far higher than the permissible daily intake of 96 ng. In a letter to the FDA dated Sept. 9, Valisure said that its tests had found “NDMA in excess of 3,000,000 ng per tablet when analyzing ranitidine products, likely due to an inherent instability of the ranitidine molecule.”

However, in an Oct. 2 update on the issue, the FDA said its own tests found NDMA levels in ranitidine samples much lower than Valisure detected and stated that the analysis method Valisure used requires higher temperatures that accounted for the difference.

“The higher temperatures generated very high levels of NDMA from ranitidine products because of the test procedure. FDA published the method for testing angiotensin II receptor blockers (ARBs) for nitrosamine impurities. That method is not suitable for testing ranitidine because heating the sample generates NDMA,” the FDA explained.

Though the levels of NDMA the FDA found were lower than those detected by Valisure, the regulator said in its most recent release that even those lower levels are “unacceptable.”

The organization recommended that companies use an LC-HRMS testing protocol to test samples of their ranitidine drugs, though it did not ask for a recall. It added that international regulators using similar testing methods have also only found low levels of NDMA in ranitidine samples.

But, in its letter to the FDA, Valisure stated that, in addition to the testing method requiring heating ranitidine samples to 130°C, it also used tests to mimic the conditions in the human body and looked into similar tests done by others.

“These tests also reveal high NDMA levels well in excess of the FDA’s current daily acceptable intake limit,” the company wrote. Valisure added that safety studies done by the FDA on ranitidine are not enough “to rule out potentially carcinogenic properties and, in fact, reveal weaknesses in testing methodology that likely enabled this specific issue to avoid detection.”

Both the FDA and Health Canada have been looking into similar issues with NDMA and related impurities in some “sartan” angiotensin receptor blocker blood pressure medications since 2018. They and other regulators will continue to conduct their own tests on ranitidine to assess the human health risk of NDMA and to come up with solutions to “address and prevent the impurities,” said a statement from Health Canada.

- With files from Harvard Health Blog, Health Canada, Valisure, and the US Food and Drug Administration