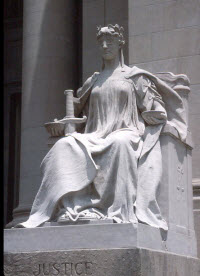 As part of the settlement, U.C. Davis has also agreed to take steps to prevent these events from reoccurring by supplementing its current research training program for undergraduate, graduate, and post-doctorate students with an hour-long module covering time and effort reporting, reasonableness of costs and other aspects of federal grants for a three-year period beginning in January.

“This settlement sends a clear message that recipients of federally funded grants must strictly adhere to the regulations applicable to those grants and fully and fairly disclose the information called for under these grants,” stated Benjamin B. Wagner, United States Attorney for the Eastern District of California. “Recipients who fail to do so risk significant financial consequences.”

"The Department of Energy aims to fund innovative and transformative scientific research, but not research simultaneously funded by other Federal agencies,” said Gregory H. Friedman, Inspector General, U.S. Department of Energy. “This civil settlement should help deter such misconduct. Our Special Agents will tirelessly investigate any allegations of abuse that affect the integrity of the grant underwriting process."

“When more than one federal agency funds the same research, the integrity of the grant making process is undermined and scarce research dollars are diverted from other potentially valuable innovation,” said Allison Lerner, Inspector General, National Science Foundation. “This settlement agreement sends a strong signal that failure to disclose duplicative funding will not be tolerated.”