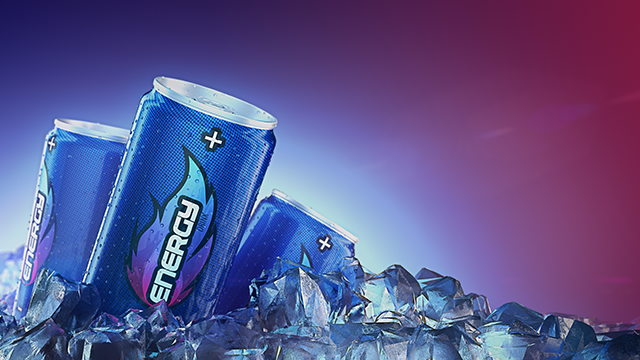 College Park, Md. — Could young adults who regularly consume highly caffeinated energy drinks be at risk for future substance use? A new study by University of Maryland School of Public Health researchers, published in the journal Drug and Alcohol Dependence, suggests that there is reason for concern. In a study of young adults across a five-year period (from ages 21-25), Dr. Amelia Arria and colleagues with the Center on Young Adult Health and Development (CYAHD) found evidence that individuals who regularly consumed highly caffeinated energy drinks, and sustained that consumption over time, were significantly more likely to use cocaine, nonmedically use prescription stimulants (NPS), and be at risk for alcohol use disorder (AUD) at age 25. Participants were recruited for the study while enrolled as college students, and were surveyed at regular intervals to track changes in various health and risk-taking behaviors, including energy drink consumption and drug use.

"The results suggest that energy drink users might be at heightened risk for other substance use, particularly stimulants," said Dr. Arria, associate professor of behavioral and community health and CYAHD director. "Because of the longitudinal design of this study, and the fact that we were able to take into account other factors that would be related to risk for substance use, this study provides evidence of a specific contribution of energy drink consumption to subsequent substance use."

Previous research by CYAHD researchers has documented the relationship between energy drink (ED) consumption and high-risk drinking behaviors, as well as the likelihood of other accompanying drug use, but this study is the first to examine the unique effect of different trajectories of ED consumption on likelihood of later substance use.

Notably, more than half (51.4%) of the 1,099 study participants fell into the group with a "persistent trajectory," meaning that they sustained their energy drink consumption over time.

Members of this group were significantly more likely to be using stimulant drugs such as cocaine and prescription stimulants non-medically and be at risk for alcohol use disorder at age 25. The research singles out ED consumption as the contributory factor because they controlled for the effects of demographics, sensation-seeking behaviors, other caffeine consumption, and prior substance use at age 21.

While the biological mechanism that might explain how someone who persistently consumes energy drinks might go on to use other stimulant drugs remains unclear, the research indicates a cause for concern that should be further investigated.

Dr. Arria's research group has previously examined the health risks from consuming highly caffeinated energy drinks and she has been a leader in efforts to protect adolescents and children from these risks, which include negative impacts on cardiovascular function or even death. She has also joined with other medical and public health experts who urged the FDA to regulate energy drinks. Unlike soft drinks, energy drinks remain unregulated by the FDA and are not subject to federal labeling requirements to list caffeine content or additional ingredients whose interaction with caffeine is not well understood.

"Future studies should focus on younger people, because we know that they too are regularly consuming energy drinks," Dr. Arria suggests. "We want to know whether or not adolescents are similarly at risk for future substance use."