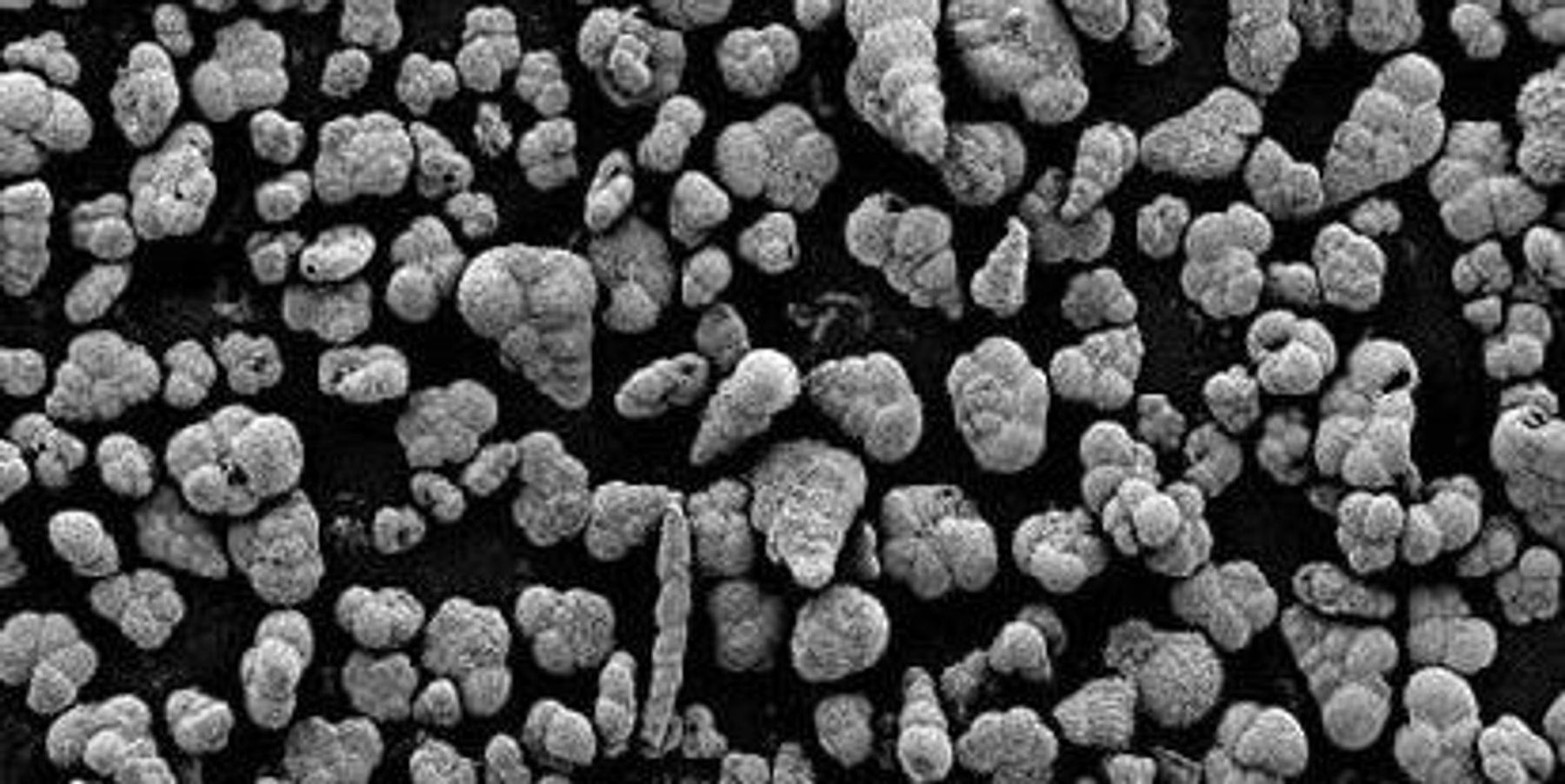 At the Cretaceous-Paleogene boundary, not only dinosaurs went extinct. The loss of species in the upper part of the ocean had profound impacts on its diversity and function. Image shows small deprived Cretaceous fauna after the extinction.
Brian Huber

Pioneering research has shown marine ecosystems can start working again, providing important functions for humans, after being wiped out much sooner than their return to peak biodiversity.

The study, led by the University of Bristol and published today in Proceedings of the Royal Society B, paves the way for greater understanding of the impact of climate change on all life forms.

The international research team found plankton were able to recover and resume their core function of regulating carbon dioxide levels in the atmosphere more than twice as fast as they regained full levels of biodiversity.

Senior author Daniela Schmidt, professor of Palaeobiology at the University of Bristol, said: "These findings are hugely significant, given growing concern around the extinctions of species in response to dramatic environmental shifts. Our study indicates marine systems can accommodate some losses in terms of biodiversity without losing full functionality, which provides hope. However, we still don't know the precise tipping point so the focus should very much remain on preserving this fragile relationship and protecting biodiversity."

While previous research has shown that functionality resumes quicker than biodiversity in algae, this is the first study to corroborate the discovery further up the food chain in zooplankton, which are vital for sea life as part of the food web supporting fish.

The scientists analyzed tiny organisms called foraminifer, the size of grains of sand, from the mass extinction, known as the Cretaceous–Paleogene (K–Pg), which took place around 66 million years ago and eradicated three-quarters of the Earth's plant and animal species. This is the most catastrophic event in the evolutionary history of modern plankton, as it resulted in the collapse of one of the ocean's primary functions, the "biological pump" which sucks vast amounts of carbon dioxide out of atmosphere into the ocean where it stays buried in sediments for thousands of years. The cycle not only influences nutrient availability for marine life, but also carbon dioxide levels outside the sea and therefore the climate at large.

Lead author Dr. Heather Birch, a former researcher at the university's School of Earth Sciences and Cabot Institute for the Environment, said: "Our research shows how long—approximately 4 million years—it can take for an ecosystem to fully recover after an extinction event. Given human impact on current ecosystems, this should make us mindful. However, importantly the relationship between marine organisms and the marine carbon pump, which affects atmosphere CO2, appears not to be closely related."

Schmidt added: "The results highlight the importance of linking climate projections with ecosystems models of coastal and open ocean environments to improve our ability to understand and forecast the impact of climate-induced extinctions on marine life and their services to people, such as fishing. Further research is needed to look at what happens and whether the same patterns are evident higher up the food web, for instance with fish."