DALLAS, TX — Aug. 20, 2020 — A pregnant mother who tested positive for COVID-19 transmitted the virus causing the disease to her prematurely born baby, UT Southwestern physicians report. Both were treated and recovered.

The case, detailed in an article published last month in The Pediatric Infectious Disease Journal, adds to a growing body of evidence that the SARS-CoV-2 virus can be transmitted in utero. It also underscores the importance of limiting COVID-19 exposure for pregnant women.

"Especially with the rising prevalence of the virus here in Texas, it's very important to bring to the forefront this finding that mothers and infants can be affected by COVID-19, transmission can occur during pregnancy, and pregnant mothers need to protect themselves," says Amanda Evans, MD, an assistant professor of pediatrics specializing in infectious diseases at UT Southwestern (UTSW) and senior author of the paper. "We don't know whether there are any long-term effects of COVID-19 infection in babies."

Although more than 20 million people around the world have been infected with SARS-CoV-2—the virus that causes COVID-19—data on how the virus affects pregnant women have been limited. An early study out of Wuhan, China, concluded that SARS-CoV-2 transmission from mother to baby was unlikely, since the researchers found no copies of the virus in any amniotic fluid, umbilical cord blood, or breast milk. But a handful of more recent studies have suggested there may be isolated instances in which such viral transmission does occur during pregnancy.

In the case described in the paper, a woman who was 34 weeks pregnant visited the emergency room with signs of premature labor and was admitted to the COVID unit at Parkland Memorial Hospital when she tested positive for the SARS-CoV-2 virus. While she did not have the typical respiratory symptoms associated with COVID-19, she did have a fever and diarrhea, which suggested possible viral infection.

"At that time, we were doing universal testing of anyone with the most common symptoms of COVID-19, including respiratory symptoms and gastrointestinal symptoms," says Wilmer Moreno, MD, an assistant professor of obstetrics and gynecology at UTSW who was involved in the case.

The woman, who did not know how she acquired the virus, remained hospitalized because of her COVID-19 diagnosis. Three days after admission, her water broke. Following an eight-hour labor in early May, she gave birth to a healthy 7-pound, 3-ounce girl.

"The baby really did fine the first 24 hours of life," says Julide Sisman, MD, an associate professor of pediatrics who cared for the newborn and first author of the paper. "But because she was prematurely born to a COVID-19-positive mother, we did admit her to the NICU in a special area away from other babies."

Related Article: Can COVID-19 Virus Be Passed through Breastmilk?

About 24 hours after birth, the newborn developed a fever that spiked, and she also showed signs of respiratory distress, including an abnormally high breathing rate and lower levels of oxygen in her blood. Sisman and her colleagues ran tests for viruses and bacteria. While other tests came back negative, a COVID-19 test was positive at both 24 and 48 hours after birth.

"At that time, the knowledge we had was that transmission doesn't occur in utero, so we really weren't expecting that at all," says Sisman. 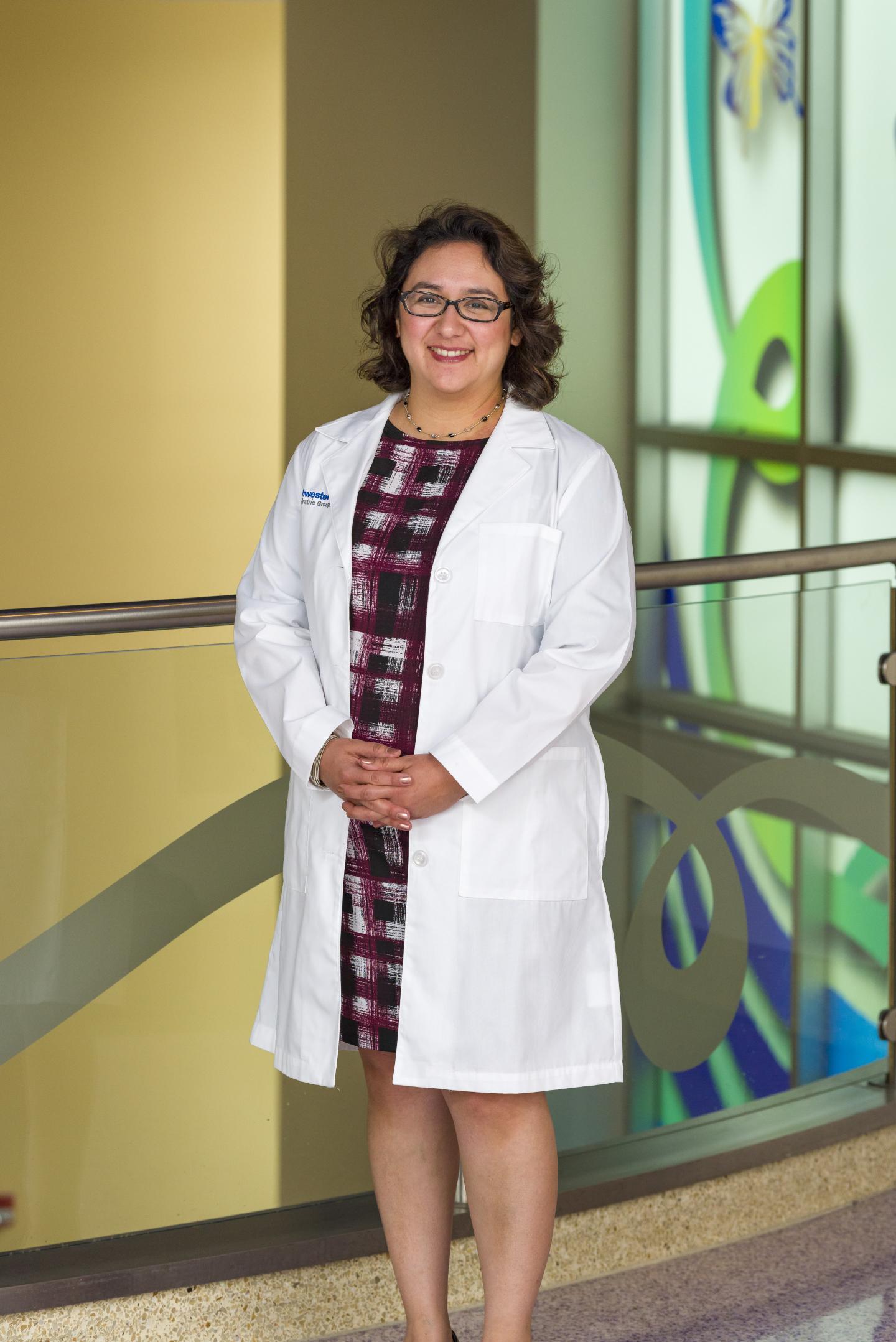 To help pin down how and when the transmission between mother and baby occurred, Dinesh Rakheja, MD, a UTSW professor of pathology who holds the John Lawrence and Patsy Louise Goforth Chair in Pathology, analyzed the placenta from the pregnancy.

"We found signs of inflammation and evidence that the baby had been stressed," says Rakheja. "And then, to look for the virus, we did tests beyond those routinely done."

He and his colleagues first examined thin slices of the placenta under an electron microscope, spotting structures that looked like viruses. Then they tested small samples of the placenta for the SARS-CoV-2 virus. Currently available commercial tests for the COVID-19 virus all rely on bodily fluids, rather than solid tissues, to test for the virus. So Rakheja co-opted a test that had originally been developed for the 2003 SARS virus. Adapted for the new coronavirus, the immunohistochemical test enabled the pathologist to identify the nucleocapsid protein of the SARS-CoV-2 virus.

Neither the mother nor the baby had severe enough symptoms to warrant treatment other than oxygen and fluids, and both fully recovered. The baby stayed in the hospital for three weeks and was then released.

"About a week later, I followed up with the family and the baby was doing really great, and still gaining weight," says Evans. "The mom was also doing well."

More data—including not only individual case reports but large cohort studies—are needed to better understand how COVID-19 affects both pregnant women and babies, the physicians agree. At UTSW, the case increased awareness that it's possible for newborns to be born already harboring the virus.

"The fact that this can occur, even if rare, illustrates how important it is to limit exposure for mothers and newborns," says Moreno. "Anything, like telemedicine visits, that can eliminate the need for mom to be around other people will be very helpful."

- This press release was originally published on the UTSW website