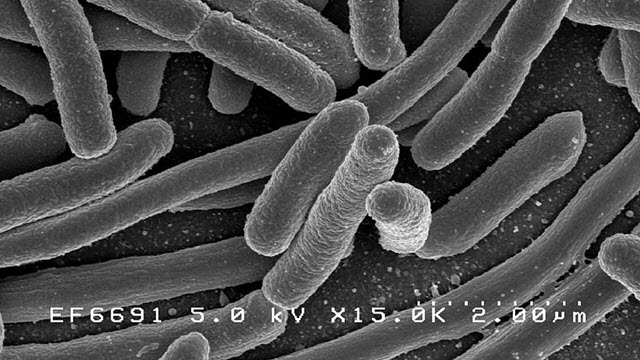 Researchers at Oregon State University have made an important advance in understanding the roles that gut bacteria play in human health.

Learning the mechanisms by which gut microbes affect the health of their hosts opens the door to the development of better, more personalized diagnostic methods and therapies.

Most studies so far have focused on how the composition of the microbiome—i.e., which organisms are present, and in what amounts—associates with health in general or various diseases.

The OSU research led by PhD student Courtney Armour goes a step further by looking not just at which organisms are in the microbiome, but also what functions they might be performing. Findings were published in mSystems.

Metagenomics refers to the study of genetic material recovered directly from environmental samples—in this case, human fecal samples—as opposed to from organisms cultured in a lab. A meta-analysis is a statistical technique for combining data from multiple studies.

The gut microbiota features more than 10 trillion microbial cells from about 1,000 different bacterial species. The microbial ecosystem stays in balance via cell-to-cell signaling and the release of antimicrobial peptides that keep in check certain bacterial clades.

Gut microbes interact with their human host as well, sometimes in ways that promote health, other times in ways that contribute to disease development. Dysbiosis, or imbalance, in the microbiome is commonly associated with detrimental effects to the host’s health.

“In our study, we looked at how gut microbiome protein family richness, composition and dispersion relate to disease,” Sharpton said.

Proteins are large, complex molecules that do most of the work in cells and are required for the structure, function and regulation of tissues and organs.

The researchers also looked at “beta-dispersion,” which measures the compositional variation of the microbiome among a group of individuals.

The amount of overlap—functions associating with multiple diseases—was striking, said Armour, who added there’s much more to learn.

“We really need more data,” she said. “And we need more information about the subjects in the studies, about other things that may be affecting the microbiome, things like diet and geography. We need more data from diverse locations and populations to account for sources of variations.”

The long-term goal, Sharpton said, is for doctors to be able to use information derived from metagenomics to diagnose diseases “more specifically, more quickly and less invasively.”

“Our work points to information coded in the metagenome that could be used for that, but that requires more data to make those diagnoses more robust,” he said. “We’re trying to disentangle cause and effect, to resolve these needles in haystacks and find the links between the microbiome and health. Future research can leverage this new knowledge to test microbiome functions against the presence and severity of various diseases.”