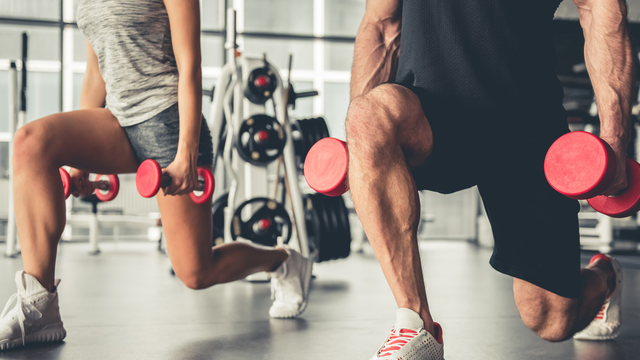 April 24, 2018 — (BRONX, NY) — Ever wonder why intense exercise temporarily curbs your appetite? In research described in the April 24th issue of PLOS Biology, Albert Einstein College of Medicine researchers reveal that the answer is all in your head—more specifically, your arcuate nucleus.

Senior author Young-Hwan Jo, PhD, associate professor of medicine and of molecular pharmacology at Einstein, runs on a track near his house three times a week for 30 to 45 minutes at a time. Like many exercisers, he noticed two things about intense workouts: they raised his body temperature and reduced his appetite for several hours afterward.

“I’m a neuroscientist who studies the hypothalamus—the portion of the brain that plays the central role in regulating metabolism and weight,” he says. “I wondered if certain hypothalamic neurons sense temperature increases and respond to exercise-induced warming by releasing a ‘stop eating!’ message.”

Anyone who’s suffered a burn or eaten a jalapeño pepper knows that sensory neurons with “heat-detecting” receptors (called TRPV1 receptors) abound in the body. Those neurons react to physical heat and to capsaicin, the active ingredient in jalapeños and many other spicy foods. Could brain neurons possess similar receptors? 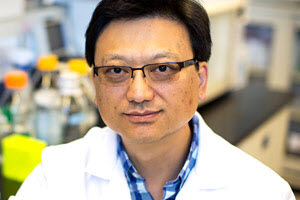 Young-Hwan Jo, PhDPhoto courtesy of Albert Einstein College of MedicineDr. Jo focused on appetite-suppressing proopiomelanocortin (POMC) neurons in the arcuate nucleus (ARC) of the hypothalamus. Some of those neurons are not shielded by the blood-brain barrier, so they’re able to directly detect and respond to hormones and nutrients in the blood. He wondered whether those neurons sense changes in body temperature as well.

To sense and respond to heat, ARC POMC neurons would need receptors similar to the capsaicin- and heat-sensitive TRPV1 receptors found elsewhere in the body. Dr. Jo and colleagues took mouse hypothalamus tissue containing POMC neurons and exposed the tissue to capsaicin or to heat, to see if such receptors were present.

Sure enough, both capsaicin and heat caused POMC neurons to fire by activating their receptors. About two-thirds of the ARC’s POMC neurons possessed such receptors. Next came experiments exploring the role of POMC neurons and their TRPV1 receptors in reducing appetite and curbing food intake. Dr. Jo and colleagues found that:

“Our study provides evidence that body temperature can act as a biological signal that regulates feeding behavior, just like hormones and nutrients do,” says Dr. Jo.  He also notes that his findings could lead to new approaches for suppressing appetite or helping people lose weight.