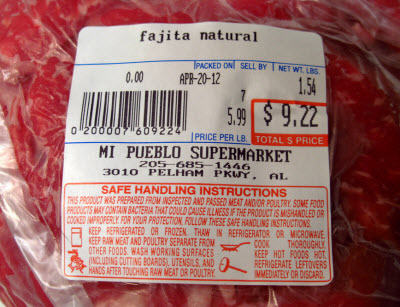 A little label is causing a big stir among the U.S., Canada and Mexico, but research from Kansas State University finds the majority of consumers don't even know it exists.I Believe I Can Fry via photopinccIn October 2014, the World Trade Organization ruled in favor of Canada and Mexico, finding that the mandated country-of-origin labels in the U.S. are not trade compliant and hurt business in nearby countries. The U.S. is appealing the decision. However, research from Kansas State University, in collaboration with Oklahoma State University, finds that most consumers aren't willing to pay extra for the label.

"Less than one-third of the participants surveyed know that it is a law to label where the meat originates," said Glynn Tonsor, associate professor of agricultural economics at Kansas State University. "Effectively, producers lose and consumers lose because we have not observed an aggregate demand increase in response to that origin information."

The labels were implemented in 2009 to provide shoppers more information about the origin of their meat. In 2013, the labels were revised to provide more specifics about the origin, including where the animal was born, raised and slaughtered. Tonsor surveyed consumers in 2009 and in 2013 and found the same results: The majority of shoppers aren't interested in these labels.

A decision on the appeal is expected in early 2015. In the meantime, country-of-origin labels are still being used.