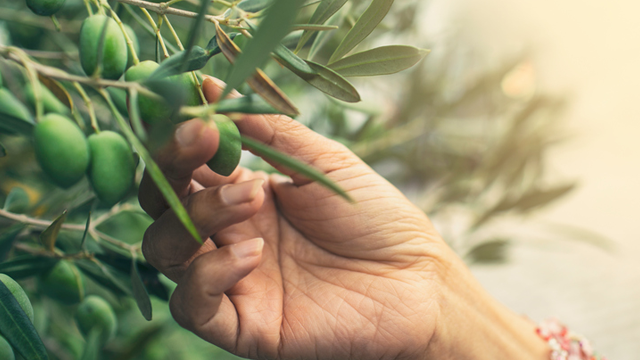 Heavy rainfall in 1996 and 1997 provided the ideal conditions for the largest olive anthracnose epidemic recorded in recent decades, but at the same time prompted more intensive research into this pathogen.

Anthracnose, also known as canker, is a disease caused by the fungus species Colletotrichum acutatum. It is one of the most destructive olive diseases, affecting both the quality and the quantity of the harvest; oil obtained from damaged olives is highly acidic and therefore unfit for human consumption, giving rise to major economic losses for farmers.

Heavy rainfall during veraison (the fruit ripening period) stimulates the dispersal of fungal spores, which infect the crop, causing fruit rot and branch dieback. In order to limit the losses caused by these extreme situations, Dr. Antonio Trapero Casas, professor of agronomy at the University of Córdoba, carried out research aimed at classifying olive varieties in terms of their susceptibility to anthracnose.

Using a previously-designed method, the susceptibility of a total of 384 cultivars from the World Olive Germplasm Bank in Córdoba were tested in the course of three severe anthracnose epidemics.

Findings enabled each cultivar to be assigned to one of five categories: highly susceptible, susceptible, moderately susceptible, resistant, and highly resistant; the representative varieties for each category were Ocal, Lechín de Sevilla, Arbequina, Picual, and Frantoio; respectively.

Research showed that almost all Spanish cultivars can be classed as highly susceptible, susceptible, or moderately susceptible. Although some Spanish varieties appear in the most resistant 10 percent, they are not widely grown.

Within Andalusia, the most susceptible variety (Ocal) is uncommon, and found only to the south of Córdoba; Lechín de Sevilla, another susceptible cultivar, is grown mainly around Seville. However, another susceptible variety—Hojiblanca—is grown all over Andalusia, accounting for most of the olive groves in southern Córdoba and northern Málaga. The good news is that Picual, the most widely grown variety of all, especially in Jaén, is remarkable for its resistance to anthracnose.

The health benefits associated with olive oil have prompted a spread of olive farming to countries where it was not hitherto a traditional crop, such as Australia, China, and America. The severe economic losses suffered by newly-planted olive-groves all over the world are largely due to the wrong choice of variety, which can give rise to major anthracnose epidemics.

With this new tool, farmers can be sure of choosing the best anthracnose-resistant varieties when planting a new olive grove.