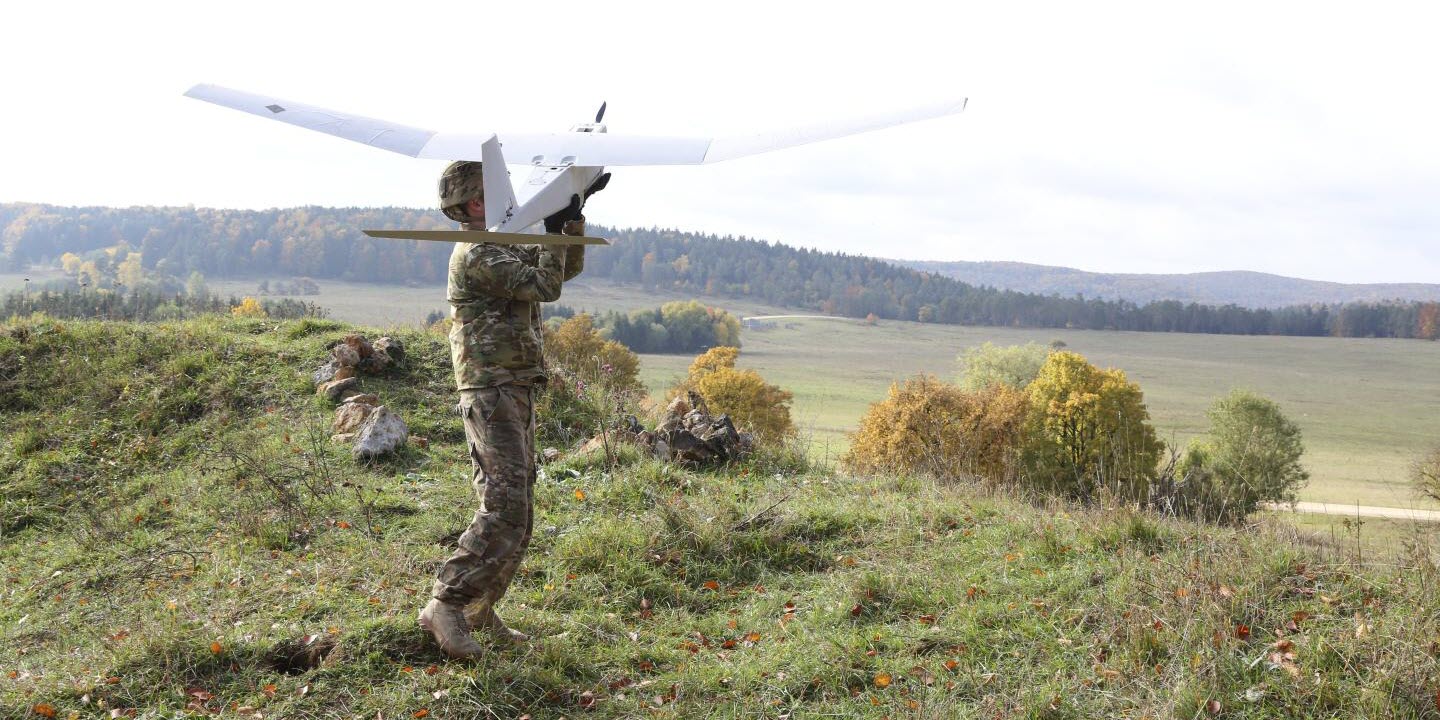 Wings on fixed-wing small unmanned aerial systems, like the RQ-20A Puma, launched by Soldiers could soon have improved designs, thanks to a tool designed by US Army researchers.
Spc. Brian Chaney

ABERDEEN PROVING GROUND, MD — Soon, the US Army will be able to deploy autonomous air vehicles that can change shape during flight, according to new research presented at the AIAA Aviation Forum and Exposition's virtual event June 16.

Researchers with the US Army's Combat Capabilities Development Command's Army Research Laboratory and Texas A&M University published findings of a two-year study in fluid-structure interaction. Their research led to a tool, which will be able to rapidly optimize the structural configuration for future vertical lift vehicles while properly accounting for the interaction between air and the structure.

Within the next year, this tool will be used to develop and rapidly optimize future vertical lift vehicles capable of changing shape during flight, thereby optimizing performance of the vehicle through different phases of flight.

"Consider an [intelligence, surveillance, and reconnaissance] mission where the vehicle needs to get quickly to station, or dash, and then attempt to stay on station for as long as possible, or loiter," said Dr. Francis Phillips, an aerospace engineer at the laboratory. "During dash segments, short wings are desirable in order to go fast and be more maneuverable, but for loiter segments, long wings are desirable in order to enable low power, high endurance flight."

This tool will enable the structural optimization of a vehicle capable of such morphing while accounting for the deformation of the wings due to the fluid-structure interaction, he said.

One concern with morphing vehicles is striking a balance between sufficient bending stiffness and softness to enable to morphing," Phillips said. "If the wing bends too much, then the theoretical benefits of the morphing could be negated and also could lead to control issues and instabilities."

Fluid-structure interaction analyses typically require coupling between a fluid and a structural solver.

This, in turn, means that the computational cost for these analyses can be very high—in the range of about 10,000s core hours—for a single fluid and structural configuration.

Researchers analyze a simulated air pressure field over a deformed wing inside a wind tunnel.
US Army

To overcome these challenges, researchers developed a process that decouples the fluid and structural solvers, which can reduce the computational cost for a single run by as much as 80 percent, Phillips said.

The analysis of additional structural configurations can also be performed without re-analyzing the fluid due to this decoupled approach, which in turn generates additional computational cost savings, leading to multiple orders of magnitude reductions in computational cost when considering this method within an optimization framework.

Ultimately, this means the army could design multi-functional future vertical lift vehicles much more quickly than through the use of current techniques, he said.

"This research will have a direct impact on the ability to generate vehicles for the future warfighter," Phillips said. "By reducing the computational cost for fluid-structure interaction analysis, structural optimization of future vertical lift vehicles can be accomplished in a much shorter time frame."

According to Phillips, when implemented within an optimization framework and coupled with additive manufacturing, the future warfighter will be able to use this tool to manufacture optimized custom air vehicles for mission specific uses.

- This press release was originally published on the US Army website