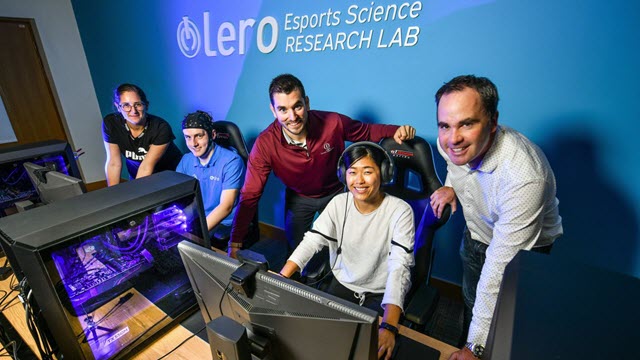 Men are not better than women at spatial cognition—such as map reading—is the principal finding from groundbreaking work by researchers at Lero, the Science Foundation Ireland Research Centre for Software, hosted at University of Limerick (UL), Ireland.

Dr. Campbell said the skill of spatial cognition or our ability to navigate our environment has been the battleground for almost 40 years for researchers claiming that males have a distinct performance advantage on tests of spatial cognition, notably the mental rotations test.

Studying the cognitive proficiency of individuals and gamers is a key aim of the Lero Esports Science Research Lab which opened in 2019 and is the first of its kind in Ireland.

"Better performance on these tests is strongly associated with higher IQ and better performance in STEM (Science Technology Engineering and Maths) subjects in schools and colleges," Dr. Campbell explained.

Dr. Toth sums up the results: "So males are better than females? Well no, actually. Our study found that there is no male advantage in mental rotation abilities. By lengthening the time allowed to complete the test, the male performance advantage diminished entirely suggesting that the so-called sex difference in mental rotation is simply not there or may be explained by other factors."

The research published in Nature Scientific Reports also found for the first time that both males and females frequently employed different gaze strategies during the cognitive tests to get to the correct answer. In other words, men and women approach the task in a different way to get the same result.

The research paper is entitled: "Investigating sex differences, cognitive effort, strategy, and performance on a computerized version of the mental rotations test via eye-tracking."

One hundred University of Limerick (UL) undergraduate and postgraduate level psychology and sports science students volunteered to take part in the test carried out by the Lero researchers. The 47 men and 53 women were in good health and had an average age of 23.