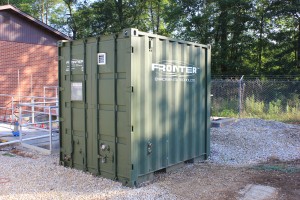 On Feb. 6,  Missouri Gov. Jay Nixon announced nearly $1.1 million in grants for the Small Community Engineering Assistance Program, implemented through the Department of Natural Resources to help communities with wastewater engineering costs, whether it’s commissioning a report or making repairs and upgrades.

Wang will discuss his treatment systems during a presentation titled, “Harnessing Energy and Freshwater from Wastewater: Reversing the Environmental Footprint” at 3:30 p.m., Friday Feb. 27, in Room 314, Butler-Carlton Hall on the Missouri S&T campus.

Part of his talk will focus on comparing how much energy existing systems use and how much his can save. 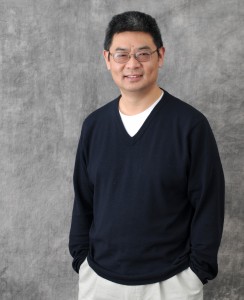 Dr. Jianmin Wang will give a presentation at 3:30 p.m., Friday Feb. 27 on turning wastewater into fresh water.Missouri University of Science and TechnologyWang says 0.8 percent of America’s energy use is spent on wastewater treatment. Much of that energy is used to aerate the tanks where wastewater is treated. The energy is used to feed oxygen to the microorganisms that consume the waste, and traditionally wastewater treatment plants maintain an oxygen concentration of 2 milligrams per liter to feed the bugs in the tanks, “which makes them happy,” Wang says.

The prevailing thought has been that providing less than 2 milligrams per liter of oxygen would make the microorganisms “unhappy.” But Wang does not believe that is an issue, saying that if you feed them at a lower concentration, such as 0.5 milligram per liter, it makes them a little less happy, but the microorganisms will live longer and enrich more – plus you use 30 percent less energy during oxygen infusion to produce the same results.

“You can make them a little unhappy,” Wang says, “because bugs do not have a union.”

He has also developed another treatment system called an Alternating Anaerobic-Anoxic-Oxic (A3O) process that “can achieve superior effluent quality since it can remove organic pollutants plus nitrogen and phosphorous nutrients,” Wang says. It does this without chemicals, and its effluent contains only 5 milligrams per liter of total nitrogen and 0.5 milligram per liter of total phosphorous. It also saves more than 10 percent of energy compared to the conventional pre-anoxic process, which has significantly less total nitrogen and total phosphorus removal.

With its high performance, high energy efficiency and low operational costs, on a large scale the technology could help curb global surface water eutrophication, which is one of the National Academy of Engineering’s Grand Challenges – the accessibility of freshwater.

Eutrophication is the enrichment of an ecosystem with chemical nutrients, typically nitrogen, phosphorus or both. When excessive nitrogen and phosphorous levels are present, undesirable side effects such as algae blooms can occur. When algae die, they decompose. The decomposition consumes oxygen, and with less oxygen, naturally occurring aquatic plants, fish, crustaceans and other organisms can die. Algae blooms also produce algal toxins that directly pollute the source of drinking water intake. “It is happening in Lake Erie, many other places in the nation and throughout the world,” Wang says.

Wang has also developed a self-mixing anaerobic digester, which can effectively convert wastewater sludge and other organic waste to biogas energy. It improves environmental quality by removing the sludge, and it also recovers a useful resource during the process. Additionally, his high-rate digester operates itself, without an external energy hookup.

Based on his calculations, Wang says a combination of his technologies can produce a net 10 percent energy gain in contrast to the 27 percent net energy use the wastewater industry currently operates on.

Although the water his systems produce is suitable for irrigation, making it potable is also possible. “People are dying for the technology that turns wastewater into freshwater,” Wang says.

In military battlefield camps, water must be hauled in by convoy, resulting in casualties along the known convoy routes. That’s where Wang’s small-scale deployable baffled bioreactor (dBBR) could make a difference, and that’s why it is being tested at the Naval Surface Warfare Center in Carderock, Maryland. The unit has been 88 percent more energy efficient than military guidelines when tested with municipal wastewater, and it produces high effluent quality with both low biochemical oxygen demand and suspended solids. In addition, it achieves tertiary treatment quality instead of the required secondary treatment guidelines with minimal operator attention.

Wang, who also co-funded Frontier Environmental Technology for technology demonstration and promotion, says he has received a military request to develop an operator training course for the dBBR.

“Advances such as these demonstrated by Professor Wang represent the next wave of wastewater management,” says Dr. Glen Daigger, past president of the International Water Association, a recognized authority in wastewater technology and a member of the National Academy of Engineering, “Given growing water and resource constraints on the planet, we must turn to sources such as used water – to both supplement our water supply and to do this with a reduced environment footprint.”