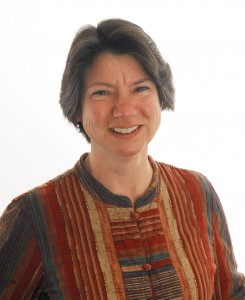 “Usually, I tend to study the overall microbial ecology of extreme environments, but this particular bacterium has caught my attention,” Mormile says. “I intend to study this isolate in greater detail.”

Mormile, an expert in the microbial ecology of extreme environments, wasn’t searching for a bacterium that could produce hydrogen. Instead, she first became interested in bacteria that could help clean up the environment, especially looking at the extremophiles found in Soap Lake. An extremophile is a microorganism that lives in conditions of extreme temperature, acidity, alkalinity or chemical concentration. Living in such a hostile environment, “Halanaerobium hydrogeninformans” has metabolic capabilities under conditions that occur at some contaminated waste sites.

With “Halanaerobium hydrogeninformans,” she expected to find an iron-reducing bacterium and describe a new species. What she found was a new species of bacterium that can produce hydrogen and 1, 3-propanediol under high pH and salinity conditions that might turn out to be valuable industrially. An organic compound, 1, 3-propenediol can be formulated into industrial products including composites, adhesives, laminates and coatings. It’s also a solvent and can be used as antifreeze.

The infrastructure isn’t in place now for hydrogen to replace gasoline as a fuel for planes, trains and automobiles. But if hydrogen becomes an alternative to gasoline, “Halanaerobium hydrogeniformans,” mass-produced on an industrial scale, might be one solution – although it won’t be a solution anytime soon.

“It would be great if we got liters and liters of production of hydrogen,” Mormile says. “However, we have not been able to scale up yet.”

In her first single-author article, Mormile’s findings were featured in the Nov. 19 edition of Frontiers in Microbiology.

Mormile holds two patents for her work on the Soap Lake bacterium’s biohydrogen formation under very alkaline and saline conditions. Also named on the patents are Dr. Judy Wall, Curators’ Professor of Biochemistry and Joint Curators’ Professor of Molecular Microbiology & Immunology at the University of Missouri-Columbia, and her former lab members, Matthew Begemann and Dwayne Elias. A pending patent application, submitted along with Elias; Dr. Oliver Sitton, professor of chemical and biochemical engineering at Missouri S&T; and Daniel Roush, then a master’s student for Mormile, is for the conversion of glycerol to 1, 3-propanediol, also under hostile alkaline and saline conditions.

This patented and patent-pending technology is available for licensing through the Missouri S&T Center for Technology Transfer and Economic Development. Contact Eric Anderson at 573-341-4690 or ericwa@mst.edu for more information.