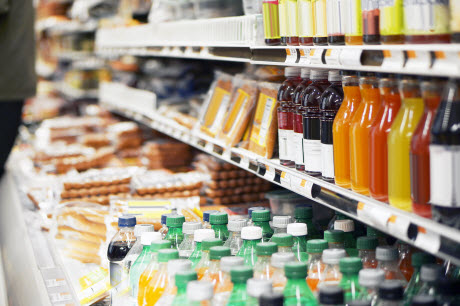 Emulsifiers are added to most processed foods to aid texture and extend shelf life.Photo courtesy of Georgia State UniversityATLANTA—Andrew Gewirtz, a professor in the Institute for Biomedical Sciences at Georgia State University, has received a four-year, $1.35 million federal grant to study how emulsifiers affect bacteria in the intestinal tract and cause chronic inflammatory diseases in the gut.

Gewirtz will examine how the widely used food additive disturbs the relationship between the gastrointestinal tract and gut microbiota, the diverse community of bacteria that inhabits the intestinal tract and drives inflammation. Emulsifiers are added to most processed foods to aid texture and extend shelf life.

The project will also investigate mechanisms by which altered gut microbiota might promote metabolic syndrome, a cluster of conditions that includes high blood sugar levels, insulin resistance, excess body fat around the waist, abnormal cholesterol levels and increased blood pressure. The grant is funded by the National Institute of Diabetes and Digestive Kidney Diseases of the National Institutes of Health.

The intestinal tract is normally inhabited by bacteria that are typically beneficial when maintained at stable levels. However, Gewirtz has found in previous studies that disturbing the harmonious relationship between the gut and microbiota can drive chronic gut inflammation and lead to inflammatory bowel disease or metabolic syndrome.

“There has been a dramatic increase over the last 60 years in the incidence of chronic inflammatory diseases of the gut and in common metabolic diseases, including obesity, insulin resistance, hyperglycemia, hyperlipidemia [too many fats in the blood] and hepatic steatosis [a buildup of fat in the liver],” Gewirtz said. These conditions increase a person’s risk of developing diabetes, cardiovascular disease and liver dysfunction.

“The presence of emulsifiers in the world’s food supply roughly parallels increases in chronic inflammatory diseases,” he said. “This project will study how this common class of food additives could be contributing to a public health epidemic.”

The surge in these diseases despite constant genetic factors indicates the importance of understanding the mechanisms by which non-genetic factors might promote inflammation in the gut, Gewirtz said.

Gewirtz is focusing on emulsifiers because these detergent-like molecules might promote the rearrangement of parts of chromosomes in bacteria across the lining of the gastrointestinal tract. He found in a previous study that when mice received emulsifiers in their diet, specifically polysorbate 80 (P80) and carboxymethylcellulose (CMC), at concentrations lower than those approved for use in processed foods, the emulsifiers promoted colitis in mice that were genetically predisposed to this disorder. Consuming these emulsifiers also elevated metabolic syndrome in two mouse strains.

In this study, Gewirtz wants to determine if emulsifiers promote the penetration of pathogens through the intestinal mucus barrier, thus inducing inflammation that changes microbiota, drives further inflammation and causes disease.