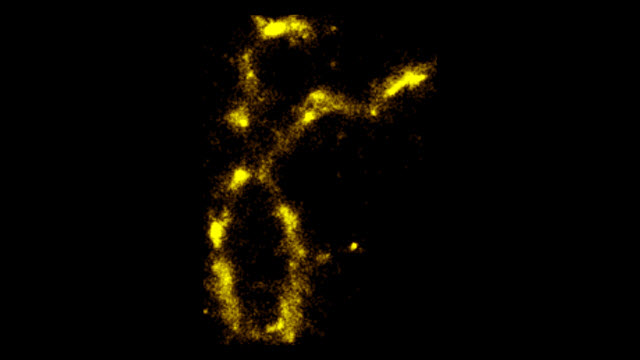 EVANSTON — Many of the secrets of cancer and other diseases lie in the cell’s nucleus. But getting way down to that level—to see and investigate the important genetic material housed there—requires creative thinking and extremely powerful imaging techniques.

Vadim Backman and Hao Zhang, nanoscale imaging experts at Northwestern University, have developed a new imaging technology that is the first to see DNA “blink,” or fluoresce. The tool enables the researchers to study individual biomolecules as well as significant global patterns of gene expression, which could yield insights into cancer.

Backman discussed the tool and its applications—including the new concept of macrogenomics, a technology that aims to regulate global patterns of gene expression without gene editing—today (Feb. 17) at the American Association for the Advancement of Science (AAAS) annual meeting in Boston.

For decades, textbooks have stated that macromolecules within living cells, such as DNA, RNA, and proteins, do not have visible fluorescence on their own.

“People have overlooked this natural effect because they didn’t question conventional wisdom,” said Backman, the Walter Dill Professor of Biomedical Engineering in the McCormick School of Engineering. “With our super-resolution imaging, we found that DNA and other biomolecules do fluoresce, but only for a very short time. Then they rest for a very long time, in a ‘dark’ state. The natural fluorescence was beautiful to see.”

Backman, Zhang, and collaborators now are using the label-free technique to study chromatin—the bundle of genetic material in the cell nucleus—to see how it is organized. Zhang is an associate professor of biomedical engineering at McCormick.

“Insights into the workings of the chromatin folding code, which regulates patterns of gene expression, will help us better understand cancer and its ability to adapt to changing environments,” said Backman, who leads the Cancer and Physical Sciences Program at the Robert H. Lurie Comprehensive Cancer Center of Northwestern University. “Cancer is not a single-gene disease.”

Current technology for imaging DNA and other genetic material relies on special fluorescent dyes to enhance contrast when macromolecules are imaged. These dyes may perturb cell function, and some eventually kill the cells—undesirable effects in scientific studies.

In contrast, the Northwestern technique, called spectroscopic intrinsic-contrast photon-localization optical nanoscopy (SICLON), allows researchers to study biomolecules in their natural environment, without the need for these fluorescent labels.

Backman, Zhang, and Cheng Sun, an associate professor of mechanical engineering at McCormick, discovered that when illuminated with visible light, the biomolecules get excited and light up well enough to be imaged without fluorescent stains. When excited with the right wavelength, the biomolecules even light up better than they would with the best, most powerful fluorescent labels.

“Our technology will allow us and the broader research community to push the boundaries of nanoscopic imaging and molecular biology even further,” Backman said.