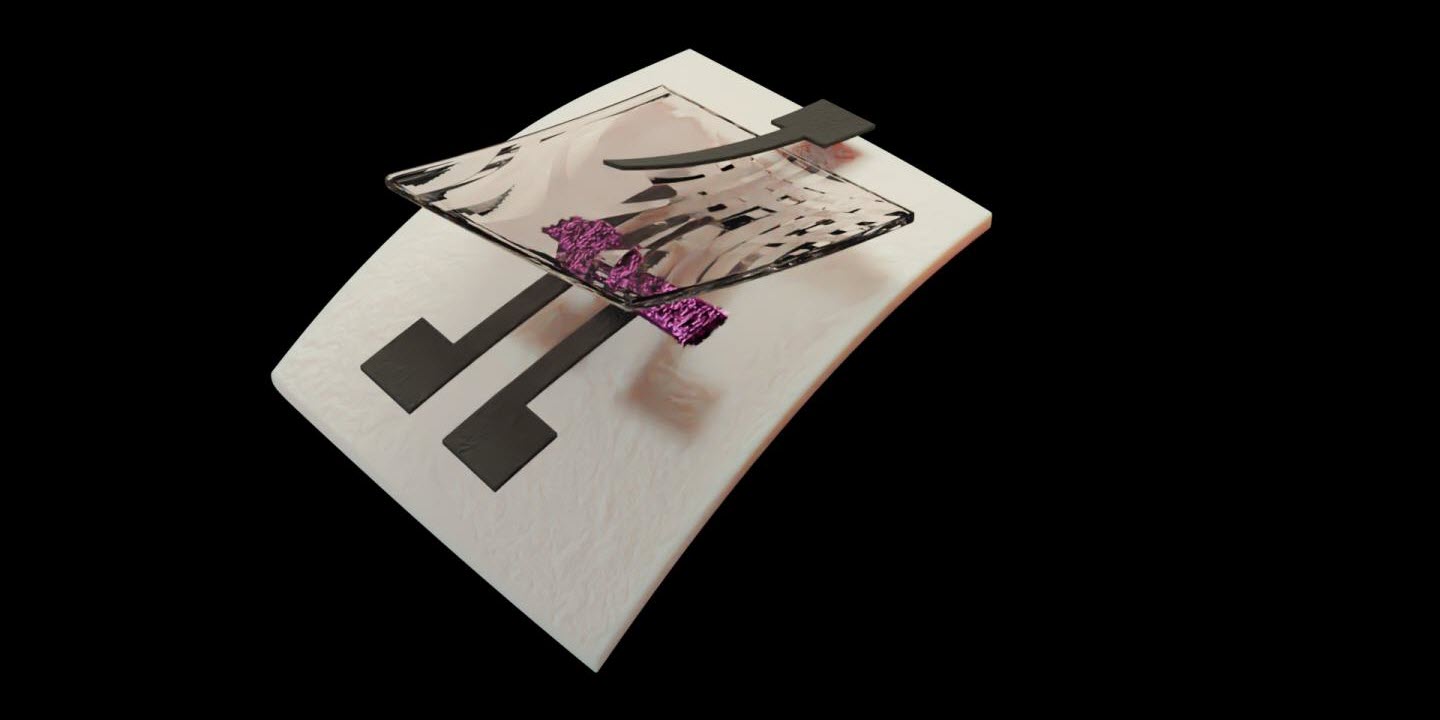 The work appears online April 26 in the journal Nature Electronics.

"Silicon-based computer components are probably never going away, and we don't expect easily recyclable electronics like ours to replace the technology and devices that are already widely used," said Aaron Franklin, the Addy Professor of Electrical and Computer Engineering at Duke. "But we hope that by creating new, fully recyclable, easily printed electronics and showing what they can do, that they might become widely used in future applications."

As people worldwide adopt more electronics into their lives, there's an ever-growing pile of discarded devices that either don't work anymore or have been cast away in favor of a newer model. According to a United Nations estimate, less than a quarter of the millions of pounds of electronics thrown away each year is recycled. And the problem is only going to get worse as the world upgrades to 5G devices and the internet of things (IoT) continues to expand.

Part of the problem is that electronic devices are difficult to recycle. Large plants employ hundreds of workers who hack at bulky devices. But while scraps of copper, aluminum and steel can be recycled, the silicon chips at the heart of the devices cannot.

In the new study, Franklin and his laboratory demonstrate a completely recyclable, fully functional transistor made out of three carbon-based inks that can be easily printed onto paper or other flexible, environmentally friendly surfaces. Carbon nanotubes and graphene inks are used for the semiconductors and conductors, respectively. While these materials are not new to the world of printed electronics, Franklin says, the path to recyclability was opened with the development of a wood-derived insulating dielectric ink called nanocellulose.

"Nanocellulose is biodegradable and has been used in applications like packaging for years," said Franklin. "And while people have long known about its potential applications as an insulator in electronics, nobody has figured out how to use it in a printable ink before. That's one of the keys to making these fully recyclable devices functional." 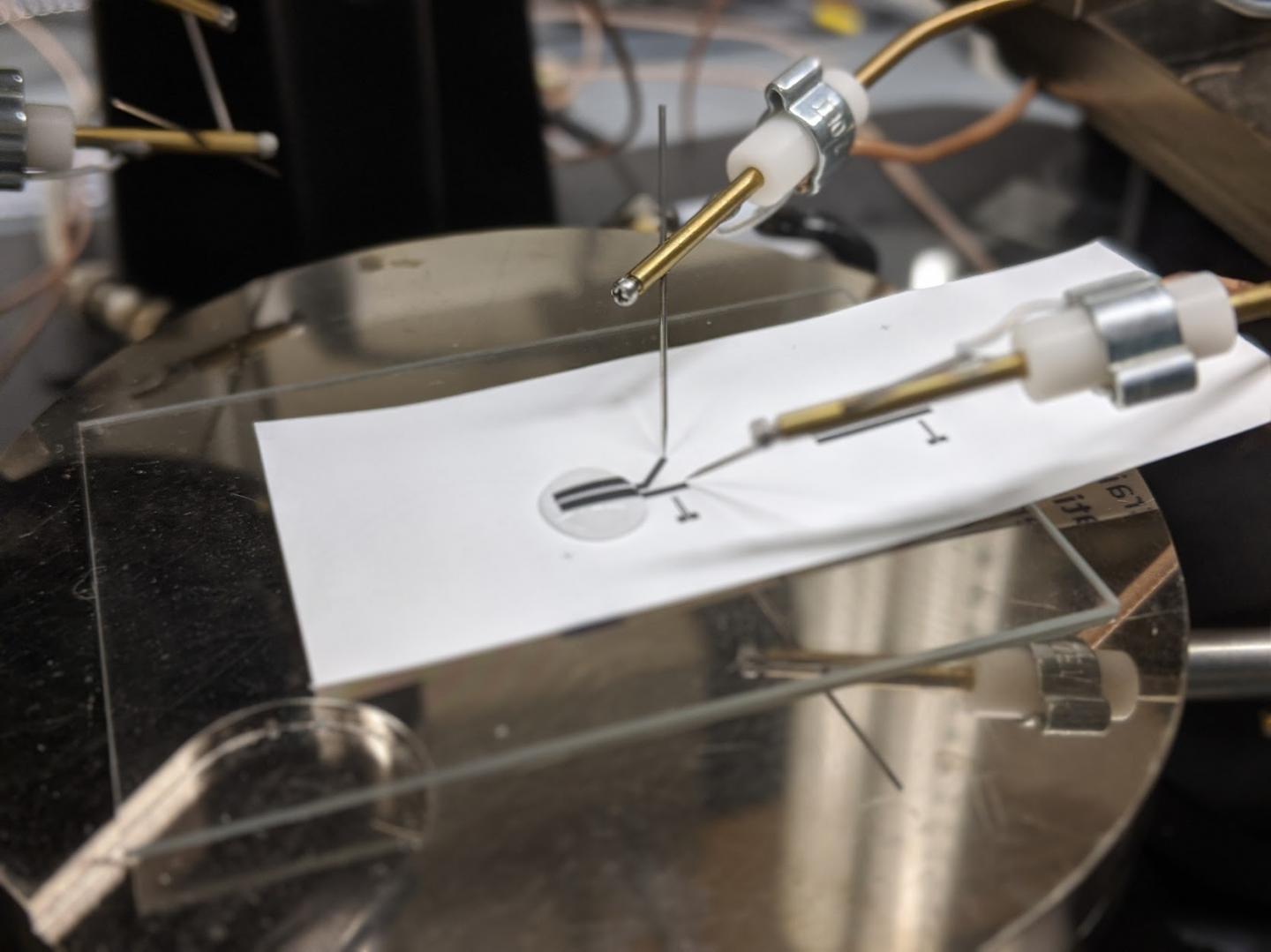 Researchers test a biosensor made out of fully recyclable, printed electronics. The recycling process recovers nearly 100 percent of the materials used and the materials lose very little of their performance capabilities.
Duke University

The researchers developed a method for suspending crystals of nanocellulose that were extracted from wood fibers that—with the sprinkling of a little table salt—yields an ink that performs admirably as an insulator in their printed transistors. Using the three inks in an aerosol jet printer at room temperature, the team shows that their all-carbon transistors perform well enough for use in a wide variety of applications, even six months after the initial printing.

The team then demonstrates just how recyclable their design is. By submerging their devices in a series of baths, gently vibrating them with sound waves, and centrifuging the resulting solution, the carbon nanotubes and graphene are sequentially recovered with an average yield of nearly 100 percent. Both materials can then be reused in the same printing process while losing very little of their performance viability. And because the nanocellulose is made from wood, it can simply be recycled along with the paper it was printed on.

Compared to a resistor or capacitor, a transistor is a relatively complex computer component used in devices such as power control or logic circuits and various sensors. Franklin explains that, by demonstrating a fully recyclable, multifunctional printed transistor first, he hopes to make a first step toward the technology being commercially pursued for simple devices. For example, Franklin says he could imagine the technology being used in a large building needing thousands of simple environmental sensors to monitor its energy use or customized biosensing patches for tracking medical conditions.

"Recyclable electronics like this aren't going to go out and replace an entire half-trillion-dollar industry by any means, and we're certainly nowhere near printing recyclable computer processors," said Franklin. "But demonstrating these types of new materials and their functionality is hopefully a stepping stone in the right direction for a new type of electronics life cycle."

- This press release was originally published on Duke's Pratt School of Engineering website. It has been edited for style