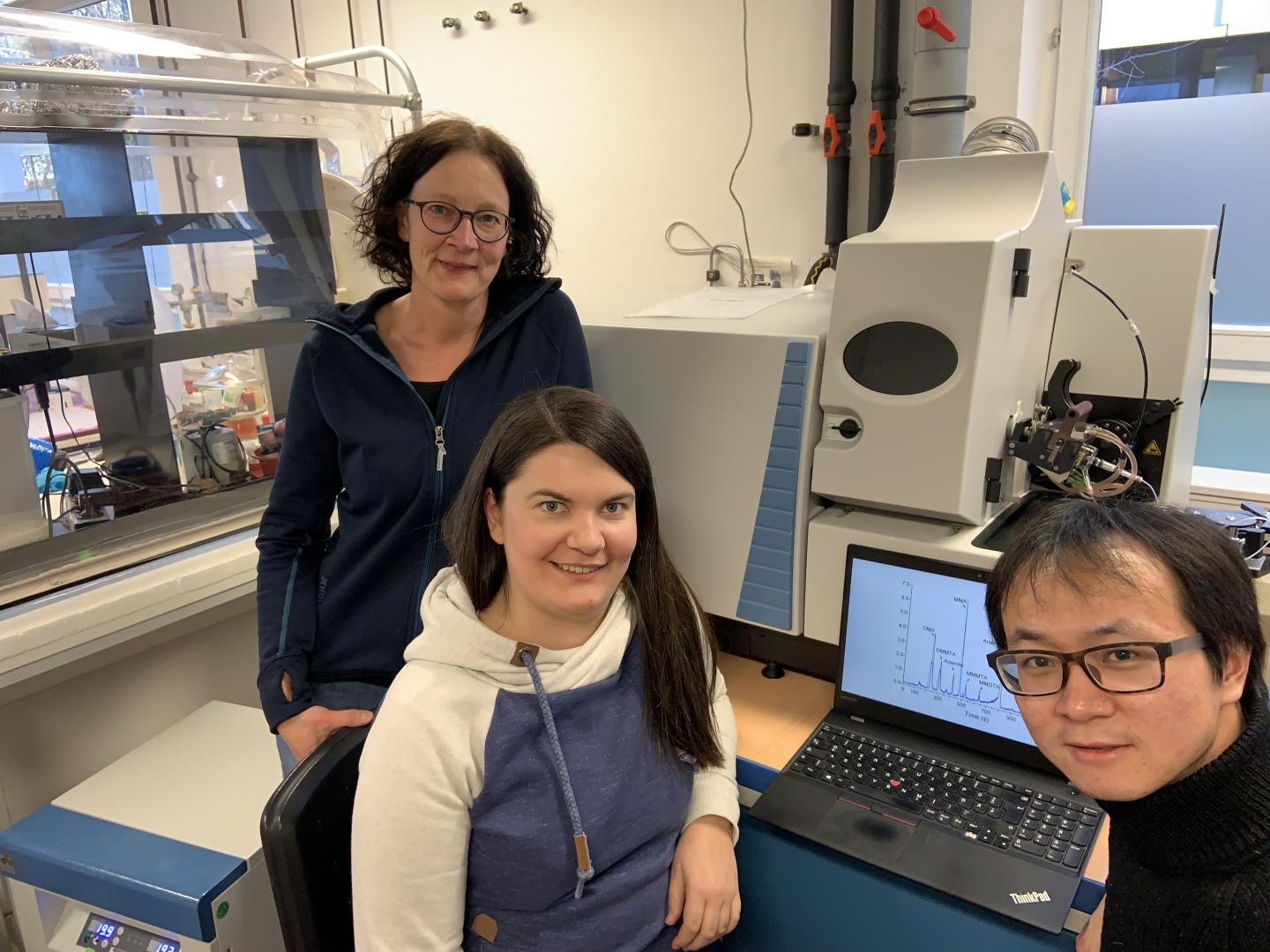 Dr. Britta Planer-Friedrich, Dr. Carolin Kerl, and Jiajia Wang MSc (from left to right) in front of the mass spectrometer in Bayreuth, which was used to detect thioarsenates in rice soils.
José Miguel Leon Ninin

University of Bayreuth researchers, together with scientists from Italy and China, have for the first time systematically investigated under which conditions, and to what extent, sulphur-containing arsenic compounds are formed in rice-growing soils. To date, these thioarsenates have not been taken into account in assessments of the health effects of rice consumption. In the journal Nature Geoscience, the scientists present their results and identify the urgent need for research with a view to protecting consumers from health risks.

A new measuring method for thioarsenates 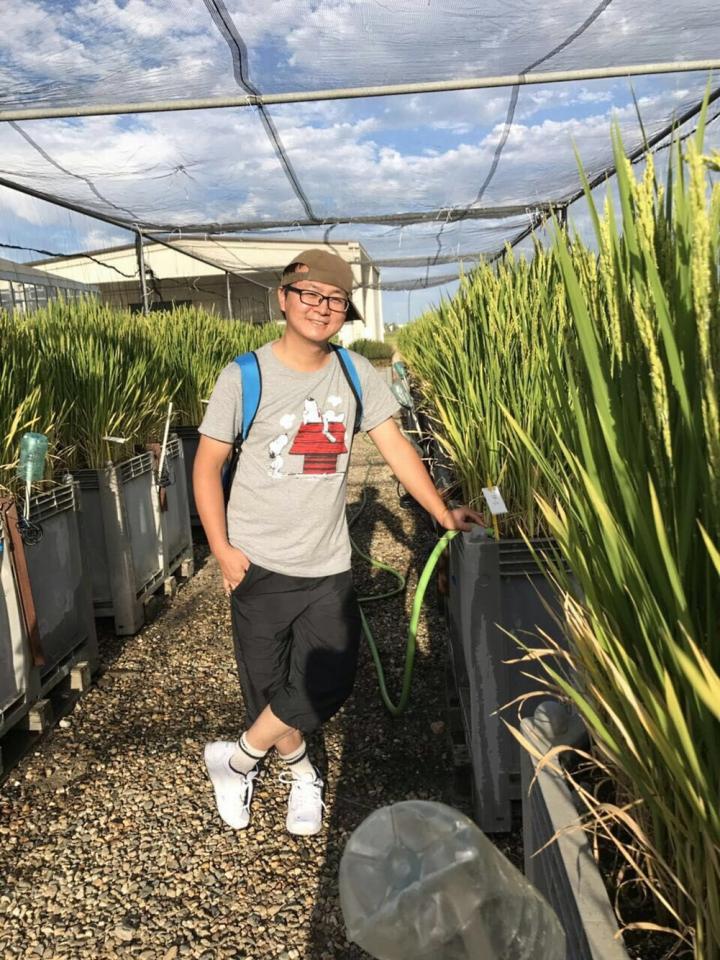 Jiajia Wang MSc, first author of the publication, during investigations on a rice field trial facility in Italy.
Huiyun Zuo

"The uptake of the various thioarsenates in rice plants and the potential risks to human health arising from them urgently require further research. Rice is the world's most important foodstuff and secures the basis of life for more than one half of the world's population," explains Planer-Friedrich, and calls for legally defined limits to be set for all toxic arsenic compounds in future. "Analytical procedures for limit monitoring, which correctly detect all of these compounds, must become routine," says the Bayreuth scientist. At the moment, there is only a legal limit for inorganic oxygenated arsenic compounds, while organic oxygenated arsenic compounds are still categorized as non-toxic.

With their new measuring method, the researchers have observed the formation of sulphur-containing arsenic compounds over long periods of time in rice fields in Italy and China. It turns out the amounts of thioarsenates occurring are linked significantly to the pH-values of the soils and other easily measurable parameters. "These findings contain valuable starting points for the development of forecasting methods. If in future we could predict, without great technical effort, on which rice fields particularly large or only small amounts of sulphur-containing arsenic compounds are to be expected, it would be an important contribution to the assessment of health risks," says Bayreuth PhD student and first author of the study Jiajia Wang MSc.

Urgent need for research on opportunities and risks

At the University of Bayreuth, these relationships are being investigated in the research groups of Planer-Friedrich and of plant physiologist Dr. Stephan Clemens. The German Research Foundation (DFG) and the Federal Ministry of Education and Research (BMBF) are supporting these interdisciplinary research projects. "Our further studies will show whether thioarsenates as a whole represent a risk or an opportunity for the production of rice containing the lowest possible amounts of arsenic, which is hazardous to health. Only then can further directives for water or soil management in rice fields and the targeted breeding of new rice varieties be developed," says Planer-Friedrich.