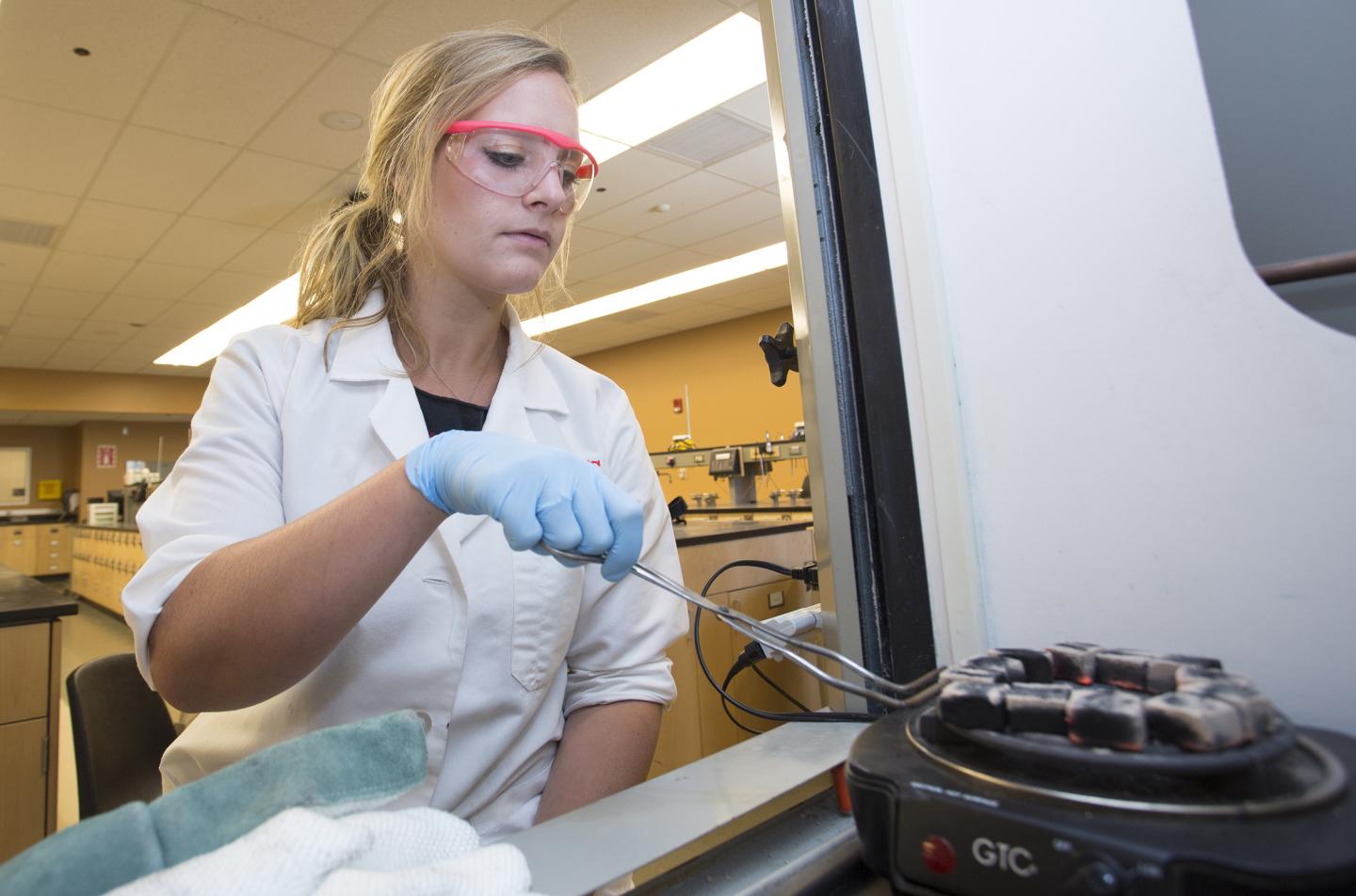 New research suggests the use of hookah steam stones - commonly considered a safer alternative to cigarette smoking - could be leaving users with a dangerous, false sense of security. The findings out of the University of Cincinnati/Agilent Technologies Metallomics Center of the Americas are published this month in the Microchemical Journal.

Clutterbuck's research centered on a newer hookah trend involving so-called steam stones, where she analyzed the smoke produced from two different brands of steam stones that can be ordered online. The stones are placed in the bowl of the apparatus. "These pebble-like rocks are soaked in the same type of fluid used in various hookah tobaccos, such as mo'assel - popular in the USA (typically glycerin, but might include honey or molasses) - and heated in the heads of the hookah device in place of tobacco to create a smoke-like vapor cloud, plus small aerosol droplets," the authors write in the article.

The analysis found that out of the different smoking scenarios involving the steam stones, there were statistically significant and similar amounts of chromium and arsenic inhaled, regardless of the brands of steam stones or charcoal that were used. Both of those chemical elements are human carcinogens if present in certain forms.

Clutterbuck's analyses also found that the toxic metals from the steam stones did not consistently travel through the hookah to the mouthpiece, so the study suggests that the majority of toxic metals that turned up in the mouthpiece likely came from the charcoal used to heat the apparatus. Those metals included varying amounts of chromium (Cr), nickel (Ni), copper (Cu), arsenic (As), cadmium (Cd) and lead (Pb) that were found on the filters.

"In spite of the claims that the steam stones are a 'safer' alternative tobacco product, this research demonstrates a smoker will still be subjected to toxic metals in potentially harmful amounts when using traditional charcoal," states the article.

Hookah use is part of an emerging smoking alternative in the tobacco industry that's taking off in the United States and around the world. Hookah cafés are drawing primarily the college-age crowd to congregate around what's perceived as a safer alternative to cigarette smoking.

The practice involves heating a water pipe in the hookah to inhale vapors from tobacco that has been laced with a variety of different flavors. The Centers for Disease control describes the apparatus as containing a water bowl, body (a metal pipe of sorts), hose, head and mouthpiece, which is typically shared by smokers.

Many of the exotic-themed cafés reflect the origins of hookah smoking from centuries ago in countries like India and Persia.

In 2014, the Food and Drug Administration began taking action toward regulating newer tobacco products such as hookah use by proposing rules that industries register with the FDA and market only products following an FDA review.

Clutterbuck's research centers on an emerging field called metallomics, the study of the impact of metals on biological systems. In this investigation, Clutterbuck used an advanced chemistry instrument called the Agilent 8800 triple quadrupole ICPMS (ICP-QQQ) - an instrument used in atomic spectroscopy - to measure the levels of toxic metals that could result from a 30-minute smoking session using the steam stones.

The Agilent 8800 is a premier research tool housed in the University of Cincinnati/Agilent Technologies Metallomics Center of the Americas. The center, launched in 2007 in the UC Department of Chemistry, is a partnership between UC and Agilent Technologies that emphasizes UC's state-of-the-art partnerships merging research with industry. The partnership links UC with researchers around the world as they examine the effects of metals on biological systems. UC Chemistry Professor Joseph Caruso calls the center the first of its kind in the world.