A diver works at the site of a downed World War II plane in Palau.University of DelawareDuring World War II, the western Pacific islands of Palau were a hotbed for combat. The Japanese wanted to use the islands for battle preparation and refueling grounds — and so did the Allies. Numerous aircraft were lost in the waters of Palau, submerged for decades with little closure for the families of fallen airmen.

Moline, director of the School of Marine Science and Policy within UD’s College of Earth, Ocean, and Environment, and a colleague at Scripps Institution of Oceanography began working with the non-profit BentProp Project in 2013 to apply underwater robotics technologies in search of lost U.S. airmen.

“About the time that we realized we were at the limit of our capabilities, we met the folks from Scripps and University of Delaware. Their technology changed everything,” said BentProp founder Patrick Scannon.

The collaboration led to the discovery of two long-lost planes earlier this year. The mounted camera company GoPro released a video about the work on its YouTube channel today in advance of Veterans Day. Click here to watch the GoPro video.

The work also is scheduled to be profiled in an upcoming segment on the CBS news magazine 60 Minutes.

Since 2010, Moline and Scripps colleague Eric Terrill have used sophisticated technology to study and model the complex flow of water around the coral reefs, lagoons and islands of Palau, funded by the U.S. Office of Naval Research (ONR). The researchers make annual field expeditions to examine currents, large-scale eddies and tides’ impact on water movement. The hydrodynamic research also focuses on the impact of super-typhoons on beaches and coral reef environments.

During fieldwork, the researchers crossed paths with BentProp, a group of individuals dedicated to returning World War II servicemen missing in action back to the United States. BentProp has spent the last 20 years conducting historical research, documenting firsthand accounts and launching annual land and water expeditions to search for missing aircraft.

“I felt connected to BentProp’s mission, but having the journal made the connection that much stronger,” explained Moline.

As they compared projects, Moline and Terrill realized that the underwater robotics technology used for their scientific work could significantly improve BentProp’s search efforts, and established Project Recover, with support from ONR.

Underwater robots known as autonomous underwater vehicles, or AUVs, can be programmed to independently survey large swaths of the seafloor to determine depth, water conditions and other oceanographic variables. With sonar and cameras on board, AUVs can capture images of sand ripples, coral reefs — and objects like airplanes.

Using historical documentation to guide their search, the UD and Scripps teams began systematically scanning the ocean bottom in 2013, zeroing in on promising search areas.

The data collected provided scientifically valuable information, and even captured footage of a Japanese Kawanishi airplane, one of only a handful produced. While the sighting demonstrated the AUV’s capabilities, it was not the aircraft they were looking for.

Moline and his BentProp colleagues returned to the case files on particular airmen and incidents of missing aircraft, combing the documents in search of clues. Moline stumbled upon a document that named a small bay where, coincidentally, BentProp previously had discovered the wing of a U.S. TBM Avenger.

The group narrowed their search area and in March 2014, the AUVs found the remainder of the Avenger bomber, which had been missing in action for 70 years. A few days later, sonar images helped reveal a second aircraft, an F6F Hellcat, in a second location.

“It was an exciting time, but also a solemn time because you know there are potentially servicemen still in the plane,” said Moline, who attributes the discovery to the combination of BentProp’s historical knowledge of the area and archival records, and the advanced robotics technology provided by UD and Scripps.

The discoveries start the process of repatriating the MIAs through proper government channels. Information about the wrecks’ locations has been shared with the U.S. military, which will review the cases and determine whether servicemen’s remains can be returned to the United States — which is outside of the scope of the researchers’ and BentProp’s roles.

“We don’t disturb the wrecks at all,” said Hunter Brown, who manages UD’s fleet of a half-dozen underwater robots.

Brown and Megan Cimino, a UD oceanography graduate student, ran many of the AUV missions in Palau and scoured through hours of footage at the end of long days of fieldwork.

“You put so much time into doing these operations every day, and to actually find something … it was really rewarding,” Cimino said.

For Moline, the work in Palau that started — and continues — with a scientific focus also has become personal. His grandfather’s scrapbook includes notes about an airman who went missing from the ship. BentProp is aware of the serviceman, and collectively they have been trying to find him over the last 20 years.

The next search season begins in March 2015 and Moline is ready, armed with a high priority list and a sequence of 12 specific searches. While the “Hollywood ending” to the story would be to aid in the recovery of the airman mentioned in his grandfather’s journal, Moline is firm that this is not the mission.

“BentProp believes there are about 70 MIAs that are recoverable from nearly two dozen aircraft downed in Palau. We look forward to continuing the work to bring these servicemen home,” he said.

BentProp Project is a group of individuals and entities that have come together to solve the problem of the 83,000 Americans considered officially missing in action by the Defense POW/Missing Personnel office. The group includes volunteers, scientists and engineers dedicated to this mission.

Founded by Patrick Scannon, the BentProp team has grown to include public-private partnerships with the Scripps Institution of Oceanography, the University of Delaware and the government of Palau, as well as interactions with several U.S. federal organizations.

BentProp has spent the last 20 years developing expertise in search methodologies in the Pacific Islands of Palau, work that is applicable to many regions across the globe. Establishing a university-based initiative for developing and testing search technologies for finding MIAs illustrates the power of interdisciplinary public/private partnerships that support the search for missing Americans. 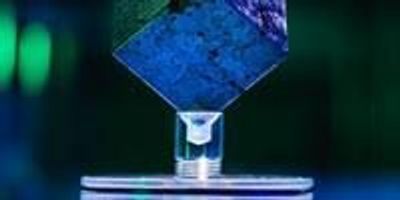 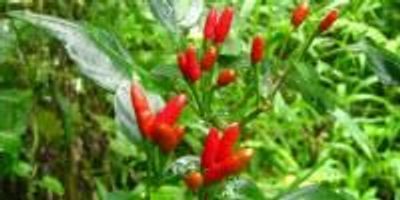 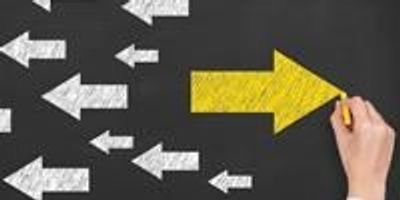