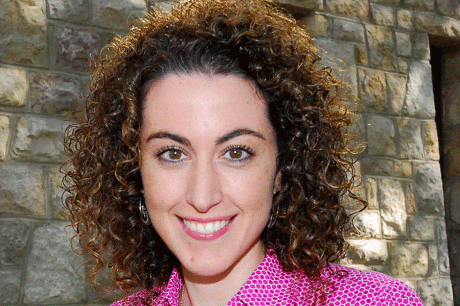 Biochemist and virologist Linda Chelico and her team from the U of S College of Medicine are learning more about how an ancient “error correction” system in the human genome helps protect the body against HIV.

“Through our research, we are gaining a better understanding of this interaction and how we may be able to harness it to help treat HIV in the future,” Chelico said.

The system is a family of enzymes produced through the action of seven genes called APOBEC3-A, B, C, D, F, G and H. When HIV infects the body, human cells fight back with these enzymes, which scramble the virus DNA and stop it from multiplying.

Unfortunately, HIV hits back with its own chemical weapons that shut down the APOBEC3 enzymes—but not always. Chelico explained that there are seven different variations of the APOBEC3H gene in humans. Chelico and her team studied two variations in particular, known as haplotype II and V. They found that both interfered with HIV, but in markedly different ways. Their findings were recently published in The Journal of Biological Chemistry.

“One of the interesting bits is that APOBEC3H is more resistant to viral suppression than other APOBEC3s,” Chelico said.

The APOBEC3 genes and its products are part of a system that the body evolved to suppress errors introduced by “junk” or “parasitic” DNA, that is, genes that viruses have inserted into the human genome over millennia. As a side effect, the system also attacks active viruses such as HIV.

“It’s the first biochemical characterization of APOBEC3H at this level of detail,” Chelico said.

The knowledge may point to ways of enhancing APOBEC3H performance—a tricky balancing act, since it also has other essential roles, such as protecting against virus-like elements called retrotransposons.

“We have to be careful when designing an inhibitor,” Chelico said. “It can bind the viral protein or bind the human protein, but interfere with function.”

Chelico and her team are now searching the databases for molecules called peptides that might fit the bill. It’s been a slow process.

“We use cell models,” she said. “There’s never been a hit good enough to progress into animal models. But we’re trying an approach that hasn’t been done before.”

Funding for the research was provided through the Natural Sciences and Engineering Research Council and the Canadian Institutes of Health Research.