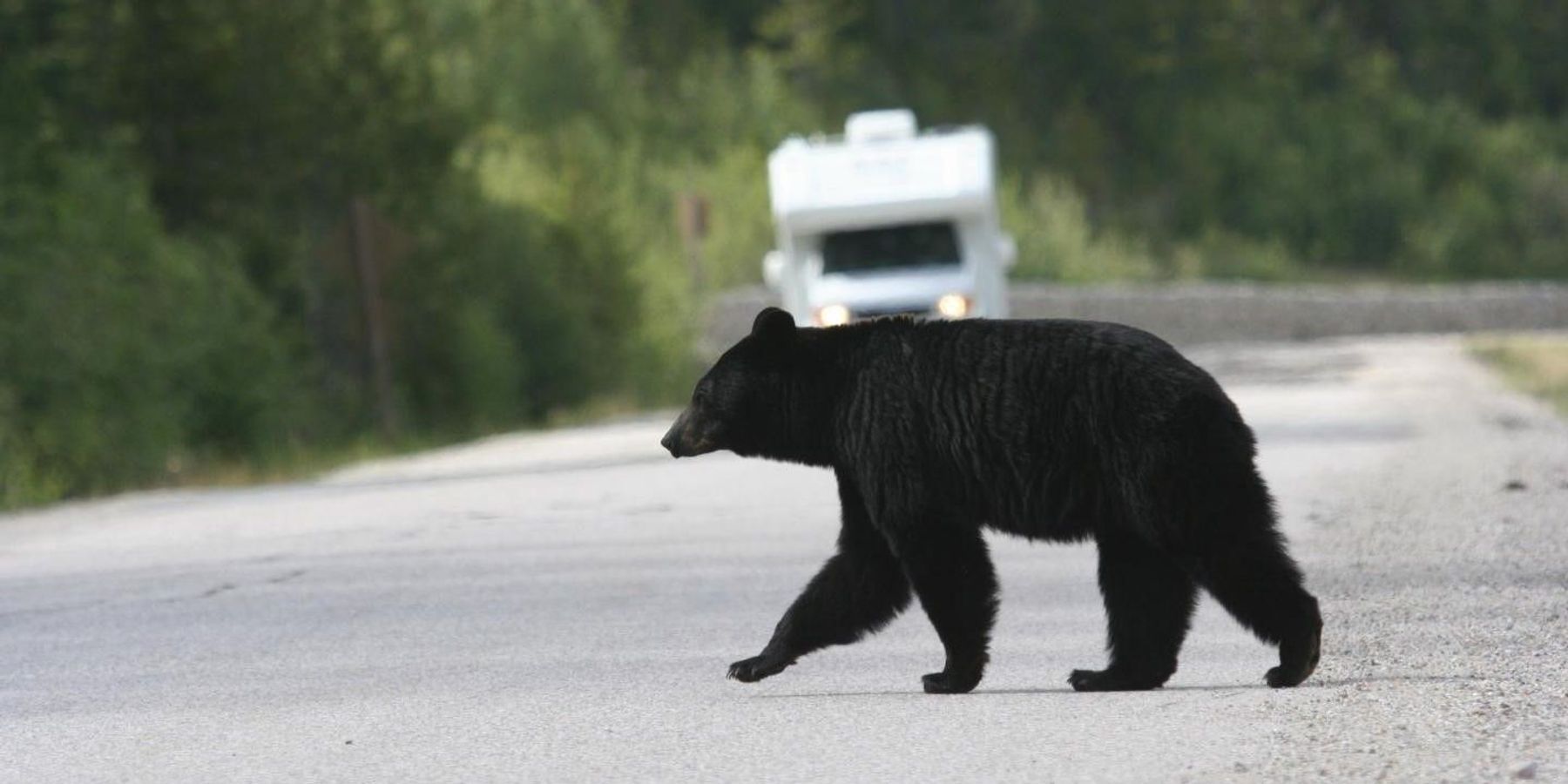 UBC Okanagan researchers used computer modelling to simulate the movement of black bears and identify what attracts them to populated areas.
UBCO

Conservationists have long warned of the dangers associated with bears becoming habituated to life in urban areas. Yet, it appears the message hasn't gotten through to everyone.

Now, a new study by sustainability researchers in the Irving K. Barber Faculty of Science uses computer modelling to look at the best strategies to reduce human-bear conflict.

"It happens all the time, and unfortunately, humans are almost always at fault," says study coauthor Dr. Lael Parrott.

Looking to reduce the number of conflicts, Parrott and a team of researchers, including master's student Luke Crevier, built a computer model to simulate bears' journeys within a specific urban area.

Their goal was to find the best way to keep bears out.

Using the resort municipality of Whistler as their area of inquiry, the team partnered with Margo Supplies, a wildlife management technology solutions company based in High River, Alberta. Using agent-based computer modelling, researchers were able to simulate the movement of black bears in and around Whistler, identifying the potential attractants luring them in.

"Our model allows us to drop in large amounts of data, including the landscape's spatial characteristics, movement patterns collected from GPS tracking of real bears, and other important information to essentially create a virtual landscape," says Crevier.

The problem, he adds, is that bears are attracted to what researchers call anthropogenic food—easily attainable food sources such as human garbage, berries, or fruit.

"We were able to track the model bears as they moved through the landscape and interacted with different cells in the software that represented anthropogenic food, vegetation, and human deterrents. The ability to input all of these proxies allowed us to better understand where they're roaming, why, and test different strategies within the simulation to find the most effective way to keep them out."

"These results confirm that the most commonly used management strategies are indeed the most effective," explains Crevier. "What was really interesting was how the model allowed us to identify attractants that maybe otherwise wouldn't be considered—like human garbage or large amounts of berries on private land within city limits."

A bear's intelligence and memory are largely the reasons why reducing the availability of anthropogenic food is considered more effective than reactive management strategies that aim to deter bears, when used alone.

"Using deterrents like bear bangers may be effective temporarily in that the bear will get frightened and run away, but they won't be gone for long," explains Parrott. "They'll remember being scared off, but their memories of the good meal will supersede their fear."

Though Whistler was selected as the study location because of the large number of black bears venturing into town, Crevier says this same type of modelling can be used for communities across Canada experiencing similar issues.

"What's cool about this model is it allows us to look at how different management strategies interact with each other, and this type of model can also be applied to better understand the movements of other large predators like cougars or wolves," he adds.

Parrott stresses it is important to learn how to coexist with wildlife in a way that's safe for all—including the animals. While some people may not think twice about a neighborhood bear being destroyed, the practice has far-reaching implications.

"We know that bears who tend to come into communities are often juvenile or female bears with cubs, because the large males already have all the 'good spots' and have established their territories," she explains. "That's cause for concern because it means the females are teaching their cubs techniques to access anthropogenic food. It also means these are the bears who are most often put down, so we're selectively eliminating a particular part of their population.

The results of this study and similar agent-based models give conservationists another tool in the toolbox to help communities reduce the number of bears entering urban areas, ultimately reducing the number of bears destroyed, and putting the brakes on these problematic trends."