Byrne tested slime mixed with reagent chemicals to determine if the concoction was effective at revealing hard-to-see fingerprints.
Image courtesy of Leanne Byrne

Could household slime become a tool to help solve crimes? That’s the question University of Toronto Mississauga forensic science graduate Leanne Byrne (H. BSc, 2020) sought to answer in a recent study that tested a popular children’s "slime" recipe as a technique to enhance the appearance of hard-to-see fingerprints in forensic investigations.

Byrne was intrigued by a 2019 demonstration of slime as an analysis technique developed by American forensic investigator Caleb Foster, and wondered how the process might hold up under rigorous testing. That curiosity led to an independent study coauthored by UTM forensic identification instructor Wade Knapp and lab technician Agata Gapinksa-Serwin.

Forensic investigators typically use liquid chemical sprays or bath solutions to enhance fingerprints for photography and analysis; however, the process is often messy and results in waste of the reagent chemicals. “That creates a lot of impractical chemical waste,” Byrne says. 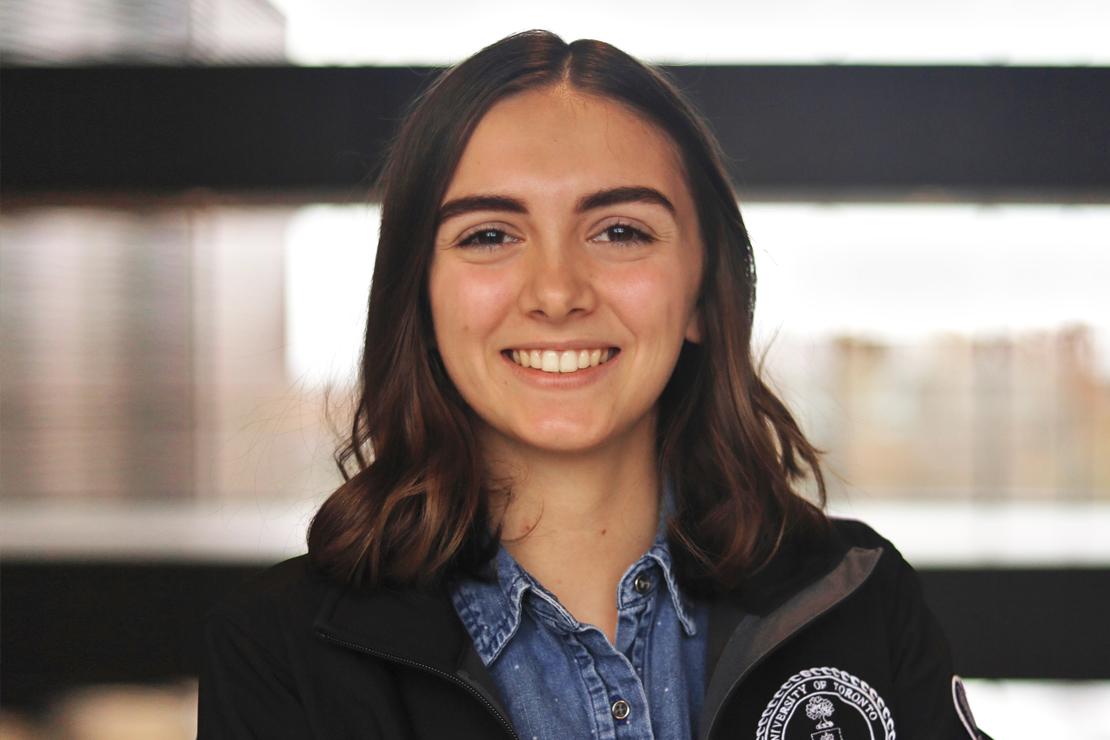 The technique developed by Foster mixes a chemical reagent with a rubbery slime compound. “Reagent agents in the slime reacts with the fingerprint, producing a stain that enhances the detail so we can photograph it,” says Byrne, who revised and tested Foster’s technique, focusing on two reagent compounds often used by investigators—crystal violet and amido black.

“My method proposes an inexpensive technique that uses borax mixed with glue as the baseline compound,” she says. The compound improves application process, cutting down on overspray and allowing for quick reapplication. “With this method, investigators can press the slime on the fingerprint, wait a couple of seconds and lift it up,” she says. “If it hasn't stained sufficiently, it can be reapplied as needed.”

The results of Byrne’s slime tests are encouraging. “The best enhancement was produced on black electrical tape and beige packing tapes,” she says. “It didn’t work as well with clear and duct tapes, so that shows the technique is better for some surfaces than others.” 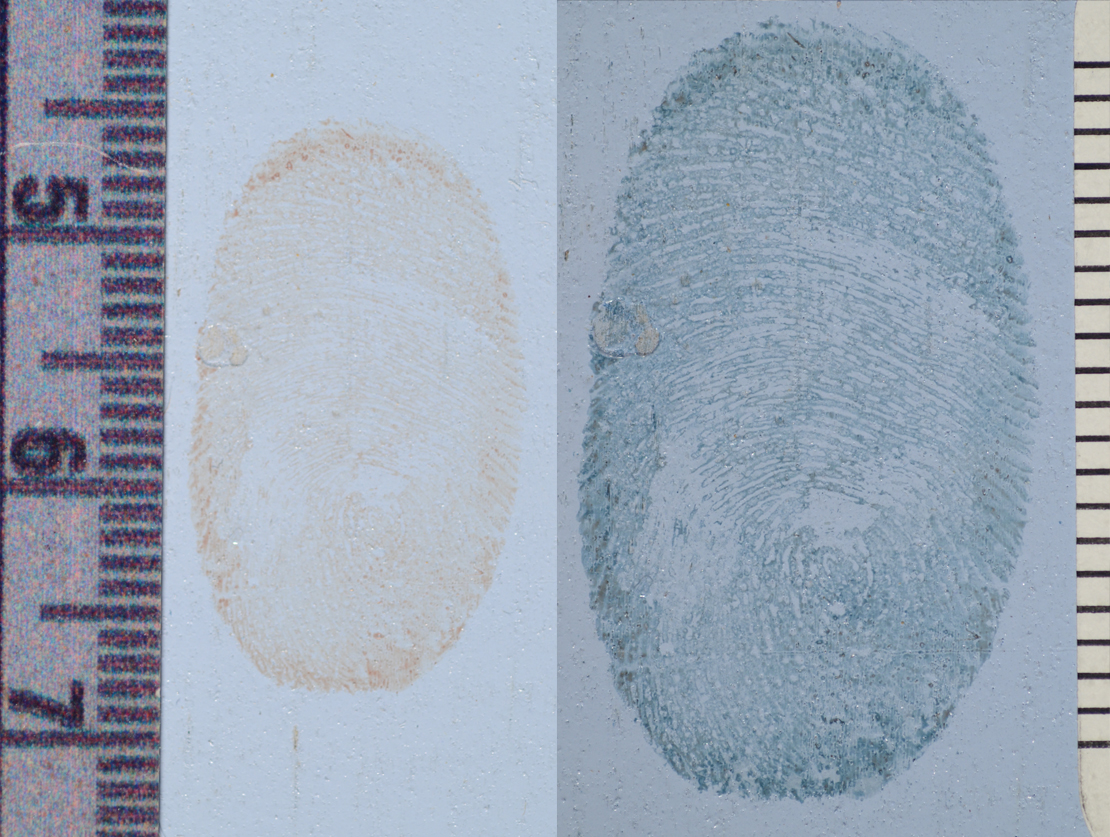 Byrne found the technique enhanced hard-to-see details, as seen in this example of a bloody fingerprint before and after appliation of the amido black slime compound.
IMAGE COURTESY OF LEANNE BYRNE

“Fingerprints can change over time, depending on the environment and variables like temperature and humidity,” she says. “We can’t always tell the age of the fingerprint, so we want to make sure that a technique is going to work consistently regardless of the age.”

Byrne earned high distinction in the H. BSc program, where she studied forensic science and psychology. The self-confessed “true crime fan” and “huge lab nerd,” says that four years as a camp counselor helped prime her for the unusual study.

The new graduate, who plans to pursue a career as a forensic identification assistant with law enforcement agencies, says she is excited to contribute to new knowledge of analysis techniques. In May, Byrne presented her results in a virtual poster conference of the Canadian Society of Forensic Sciences. She also earned her first publication credit. The slime study is forthcoming in the June 2020 issue of forensic journal Identification Canada.