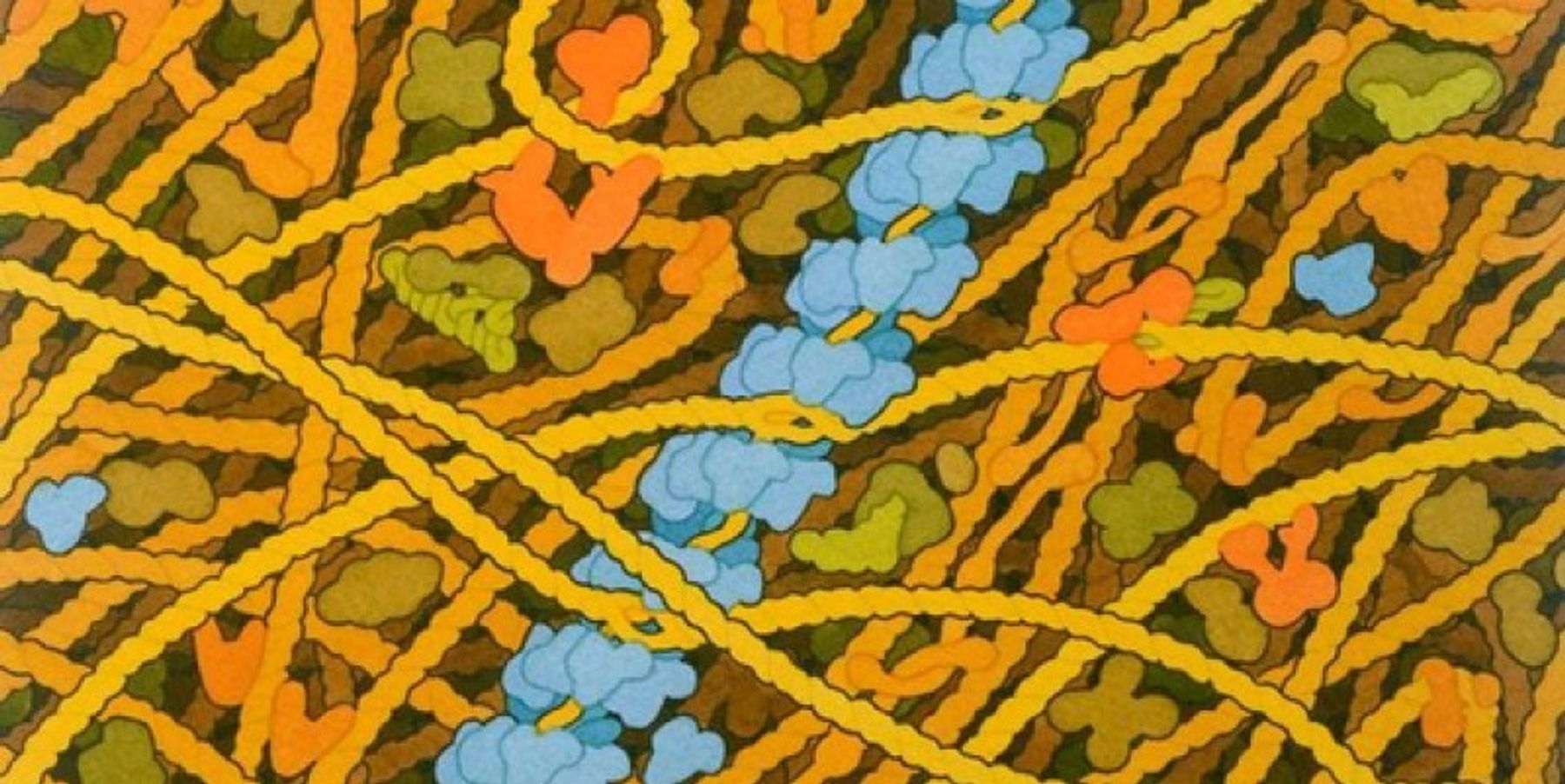 How the cell can mend broken DNA using another DNA copy as template has puzzled researchers for years. How is it possible to find the correct sequences in the busy interior of the cell? Researchers from Uppsala university have now discovered the solution; it is easier to find a rope than a ball if you are blindfolded.

When a DNA molecule breaks in two, the fate of the cell is threatened. From the perspective of a bacterium, fixing the break quickly is a matter of life and death. But to mend the DNA without introducing mistakes in the sequence is challenging; the repair machinery needs to find a template. The process of healing broken DNA using a template from a sister chromosome is known as homologous recombination and is well described in the literature. However, the description usually disregards the daunting task of finding the matching template among all the other genome sequences. The chromosome is a complex structure with several million base pairs of genetic code and it is quite clear that simple diffusion in 3D would not be sufficiently fast by a long shot. But then, how is it done? This has been the mystery of homologous recombination for 50 years. From previous studies, it is clear that the molecule RecA is involved and important in the search process, but, up until now, this has been the limit of our understanding of this process.

Now, a group of Uppsala researchers headed by professor Johan Elf has finally found the solution to this search enigma. In a study that is published in Nature, they use a CRISPR-based technique to make controlled DNA breaks in bacteria. By growing the cells in a microfluidic culture chip and tracking labeled RecA molecules with fluorescence microscopy, the researchers can image the homologous recombination process from start to finish.

“The microfluidic culture chip allows us to follow the fate of thousands of individual bacteria simultaneously and to control CRISPR-induced DNA breaks in time. It is very precise, almost like having a pair of tiny DNA scissors,” says Jakub Wiktor, one of the researchers behind the study.

The label on RecA together with fluorescent markers on the DNA allows the researchers to follow every step of the process accurately; for example, they conclude that the whole repair is finished in 15 minutes, on average, and that the template is located in about nine. Using microscopy, Elf and his team investigate the fate of the break site and its homologous copy in real-time. They also find that the cell responds by rearranging RecA to form thin filaments that span the length of the cell.

“We can see the formation of a thin, flexible structure that protrudes from the break site just after the DNA damage. Since the DNA ends are incorporated into this fiber, it is sufficient that any part of the filament finds the precious template and thus the search is theoretically reduced from three to two dimensions. Our model suggests that this is the key to fast and successful homology repair,” says Arvid Gynnå, who has worked on the project throughout his PhD studies.

Going from a 3D to a 2D search is indeed a considerable improvement regarding the probability of finding the homologous sequence quickly enough, or in fact, at all. As the Japanese mathematician, Shizuo Kakutani put it: “A drunk man will find his way home, but a drunk bird may be lost forever.” With these words, he tried to explain a curious fact; an object that explores a 2D surface by a random walk will sooner or later find its way back to its starting point while in a 3D space, it is likely that it will never return “home.”

The Uppsala researchers performed their study in the model organism E. coli, but the process of homology repair is nearly identical for higher organisms such as ourselves, or doves for that matter. DNA damage occurs frequently in our bodies, and without the ability to heal broken DNA, we would be extremely vulnerable to, for example, UV light and reactive oxygen species, and more likely to develop cancer. In fact, most oncogenes are related to DNA repair and the new mechanistic insights might help us understand the causes of tumor growth.

- This press release was originally published on the Uppsala University website