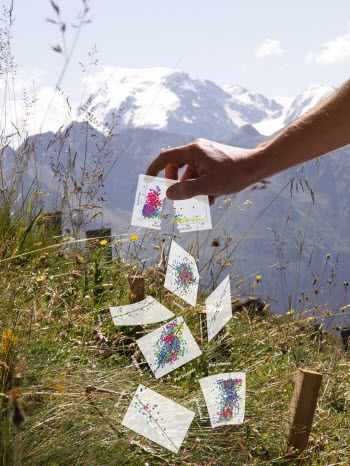 The fundamental mechanisms underlying global productivity-diversity patterns have been debated by ecologists for decades. Methodological advances are now permitting a glimpse at the processes that lie behind surface patterns.Photo Credit: USGS and CBSResearchers have found clear evidence that communities rich in species are substantially healthier and more productive than those depleted of species, once complicating factors are removed. An international group of scientists led by USGS research ecologist Jim Grace has solved this long-standing ecological riddle using new scientific techniques for analyzing complex data to determine: How do we know that conserving biodiversity is actually important in the real world?

“This study shows that you cannot have sustainable, productive ecosystems without maintaining biodiversity in the landscape,” said Grace.

Biodiversity has been hypothesized to be of critical importance for the stability of natural ecosystems and their abilities to provide positive benefits such as oxygen production, soil genesis, and water detoxification to plant and animal communities, as well as to human society. Many of the efforts of conservation agencies around the world are driven by the assumption that this hypothesis is true. While theoretical studies and experiments using artificially created ecosystems have supported this claim, scientists have struggled for the last half-century to clearly isolate such an effect in the real world.

The scientists used data collected for this research by a global consortium, the Nutrient Network, from over a thousand grassland plots spanning five continents. Using recent advances in analytical methods, the group was able to isolate the biodiversity effect from the effects of other processes, including processes that can reduce diversity.

“The intensive collaborative data collection by scientists around the world–work coordinated by a few of us at the University of Minnesota–allowed us to push forward the boundaries of knowledge about ecosystems and global biodiversity,” says Elizabeth Borer, an associate professor in the Department of Ecology, Evolution and Behavior (EEB) at the University of Minnesota where the Nutrient Network is based. Borer launched the ecology research project with EEB colleague Eric Seabloom, which received support from the U of M’s Institute on the Environment and Cedar Creek Ecosystem Science Reserve ecology field research station.

According to Debra Willard, Coordinator for the USGS Climate Research & Development Program, “These results suggest that if climate change leads to reduced species or genetic diversity, which is a real possibility, that then could lead to a reduced capacity for ecosystems to respond to additional stresses.”

As an indication of the global awareness of this issue, the Intergovernmental Platform on Biodiversity and Ecosystem Services (the IPBES) was recently created to help policymakers understand and address problems stemming from the global loss of biodiversity and degradation of ecosystems.