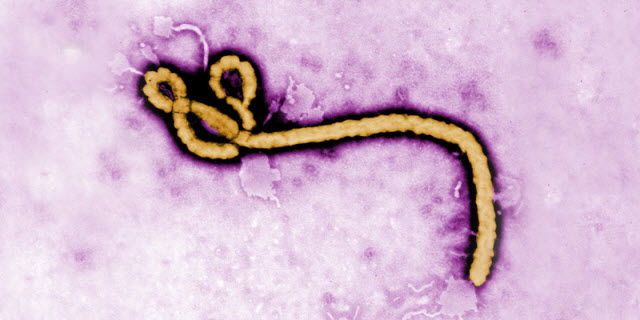 Image courtesy of the University of Leeds

A team from the university’s schools of Chemistry and Molecular and Cellular Biology have secured a £200,000 grant from the Wellcome Trust to find drugs to cure the disease.

Although several Ebola vaccines are being developed, there are currently no effective anti-viral drugs to treat people once they get infected.

This is a particularly serious issues because of barriers to implementing vaccine programmes in the most at-risk communities and the difficulty of predicting where the disease will strike next. The University of Leeds researchers will focus on finding anti-viral drugs.

Instead of the traditional approach of biologically testing hundreds of candidate drug compounds in the lab, the researchers will run computer software loaded with a library of about a million drug compounds and match them against the atomic structure of the Ebola virus’s key proteins.

The second phase of the project will then test the most promising compounds to see if they inhibit Ebola-like molecules in biological tests.

Professor Mark Harris, professor of virology at the University of Leeds, who is leading the project, said: “Much of the scientific activity following the recent Ebola outbreak has focussed on repurposing existing drugs or developing vaccines. We are going back to the structure of the Ebola proteins to identify compounds that could be the basis of specially designed antivirals for Ebola.”

Professor Colin Fishwick, Professor of Medicinal Chemistry at the University of Leeds, will lead the computer-based phase of the study. He said: “The use of the computer hugely increases our ability to identify the right compounds. It is a bit like trying to crack a password by brute-force: we are able to run through hundreds of thousands of drug compound structures to see if they fit into key ‘holes’ we have identified in the structure of the virus.

Related article: Ebola Virus May Replicate in an Exotic Way

“However, our computers are not dealing with strings of characters but minutely detailed 3D maps of molecules. We are matching key atomic details of the compounds and virus molecules and looking for chemicals that might block the virus’ growth and replication. It is an incredibly powerful system that transforms our ability to rapidly identify new drug leads.”

A team led by Professor Harris and Dr John Barr, an expert in Ebola-type viruses, will then take the best candidate chemicals into biological tests.

Dr Barr explained: “In these biological assays, we will using non-infectious molecules that replicate key features of the Ebola virus’ structure and lifecycle. Useful compounds could then be tested on Ebola itself at Category Four containment facilities like Porton Down or Marburg in Germany.”

The project is looking for anti-viral drugs capable of combatting Ebola in infected patients, rather than vaccines.

Professor Harris said: “There are quite a few vaccines in various stages of development at the moment and some seem to be very promising. However, even if we do have a very successful vaccine for Ebola, we are going to need anti-virals. Getting enough vaccines to people in the communities most at risk from Ebola will be very difficult indeed. We already struggle with established vaccines like polio in some of these areas.

“It is important to stress that we are at the very early stages of identifying possible drug compounds, but this work could be the basis for new drugs for infected patients, much like people with flu can be treated with Tamiflu or HIV patients receive antiretrovirals.”

The study will focus on two key components of the Ebola virus: its NP and VP30 proteins. The atomic structures of both have been mapped in high resolution and both are known to be critical to the virus’ replication and growth. Two other proteins—the L and VP35 proteins—will also be studied by the team, which includes Dr Thomas Edwards, an expert in protein structure, and Dr Richard Foster, a medicinal chemist.

All of the researchers are members of the Astbury Centre for Structural Molecular Biology, which brings together scientists from across the University of Leeds to allow interdisciplinary approaches to understanding the molecular basis of life.

The research is being funded by a Wellcome Trust Pathfinder Award, which will fund two post-doctoral researchers to work on the computer and biological assays over 18 months. Wellcome’s pathfinder funding is targeted at “projects that have significant potential to help develop innovative new products that address an unmet need in healthcare and offer a potential new solution.”